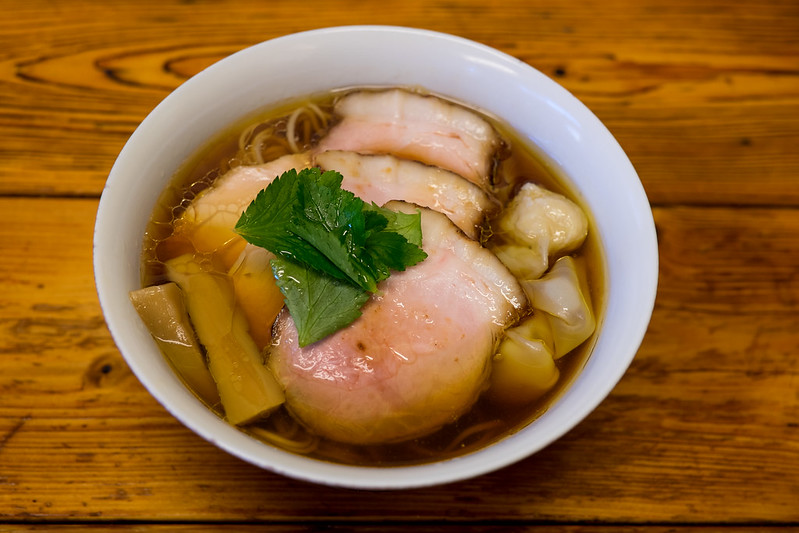 Here it is. This is one of Kanto’s most celebrated ramen shops. Some of Ida Shoten’s accolades: 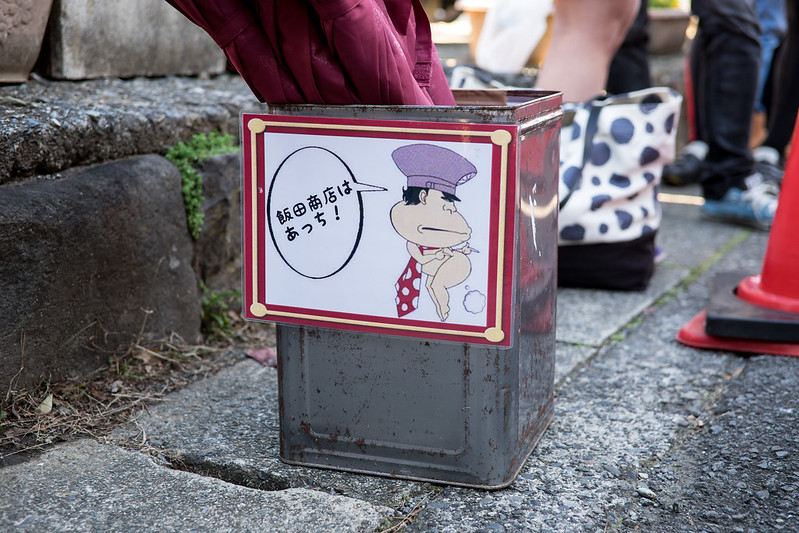 Yes, the line here is long. On a warm Saturday in November, I waited over two hours. Be prepared.

I should also note that this shop, though technically in Kanagawa Prefecture, is very far from Tokyo. The fastest trip by train involves riding the Shinkansen bullet train, and takes about an hour and a half. 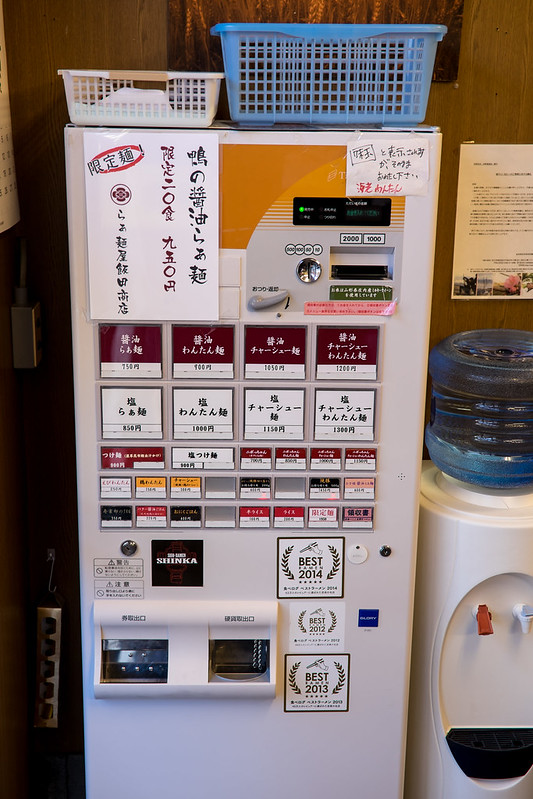 The menu is simple. Top row is shoyu, followed by shio, with tsukemen just under that. What to eat, what to eat? One of each sounds good. 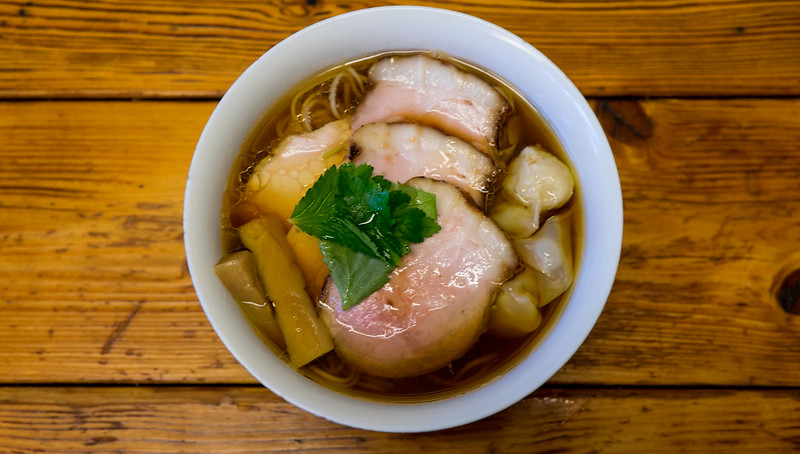 This shoyu is on another level. Master Ida-san trained at famed Shinasobaya, and it shows. A deep shoyu sits underneath that golden layer of aromatic chicken oil. On many levels, this could be considered a perfect bowl of ramen; every detail is accounted for. Thick-cut menma along side thick-cut chashu. The special version also came with slow-cooked chicken slices and shrimp wontons.

Despite the distance from central Tokyo, this one is a must-hit for ramen lovers. 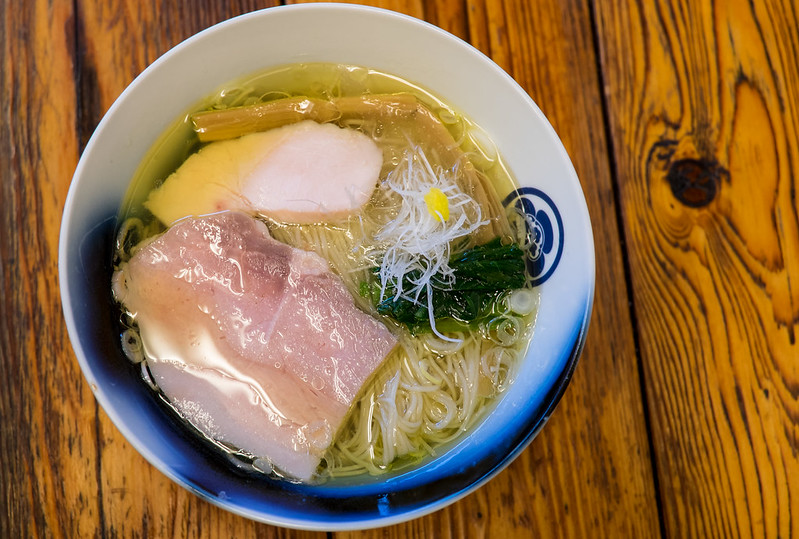 The shio is up there as well. Notice how he uses slightly different toppings? While the robust shoyu has thick cut menma bamboo shoots, the lighter shio uses a thinner, more delicate one. Also, the bowls are different shapes, meant to affect the aroma and slurpability. This is where my fellow ramen nerds and I geek out. 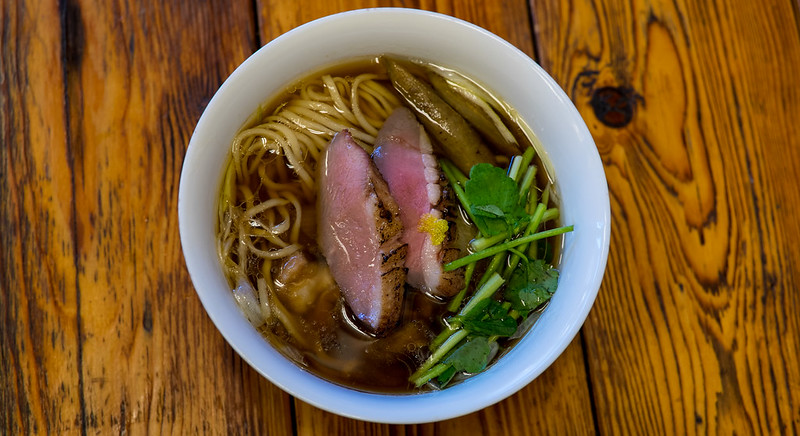 Oh, they were having a limited bowl of duck shoyu, so we tried that as well. I’ve had a few bowls of duck shoyu recently, and when done right, it’s fantastic. This might have been a reason for the huge line that day. 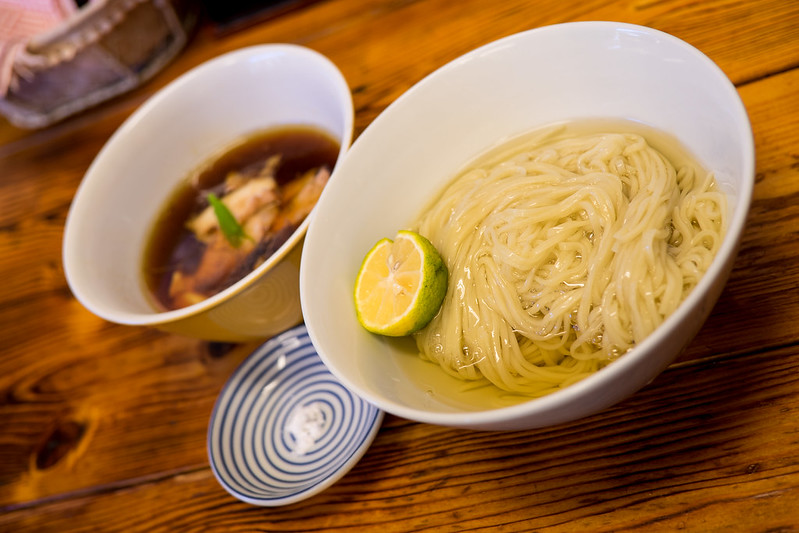 The tsukemen is a different beast all together. If it looks complicated, well, it is. So complex, in fact, that you need a nine step instruction manual to do it right. 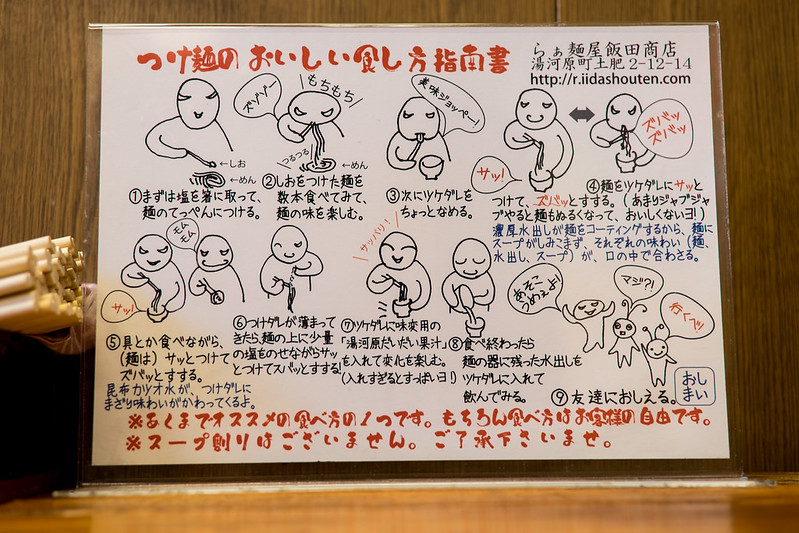 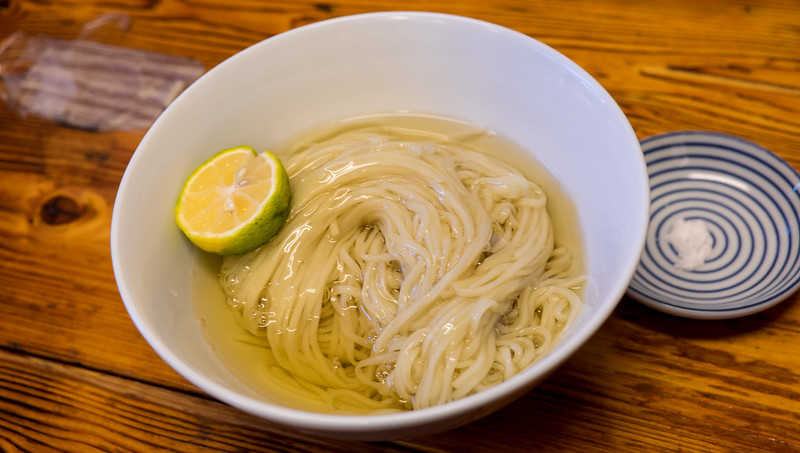 But, to be honest, I didn’t like this one at all!

The konbu dashi that the noodles sit in was so rich that it became slimy. The word slimy sounds bad in English, while the Japanese onomatopoeia for the word ネバネバ, neba neba, is used to describe many tasty foods. I’m not a huge fan, an aspect I blame on being raised in a Western household where slippery, slimy foods were never on the menu. I’ll eat the stuff, but I’m not going out of my way for the likes of natto, okra, or grated yam (tororo). 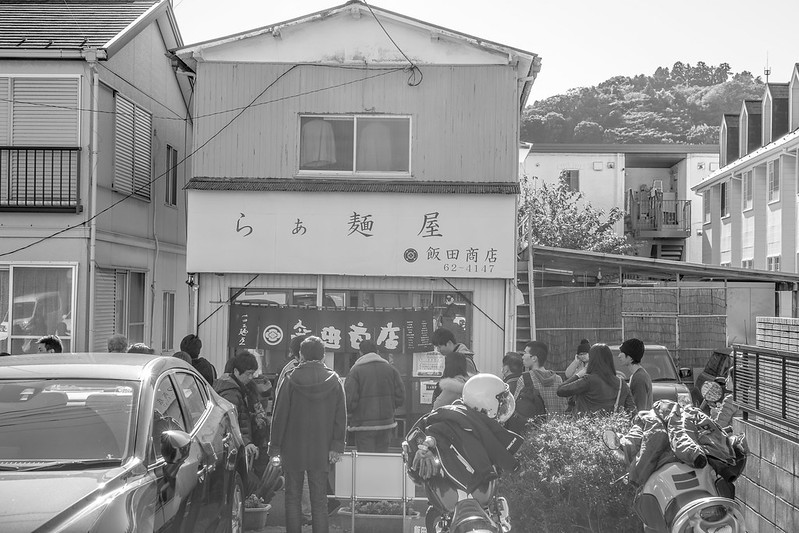 You could easily make a day out in Yugawara. There are plenty of onsen, natural hot springs, in the area. Dopponoyu, Japan’s largest foot bath, isn’t far from Ida Shoten. And in nearby Atami is one of my favorite art museums in Japan, the MOA. Sounds like a perfect day to me!

麺や食堂 One of the best shio ramen shops in Japan is out in Atsugi. Honmarutei is a shop so good…