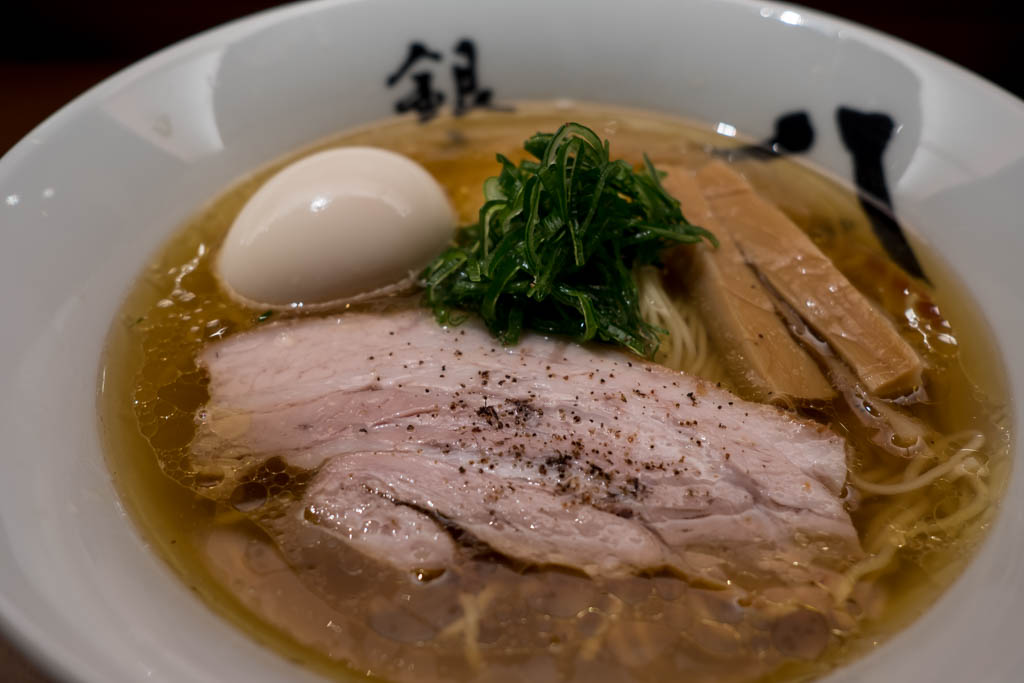 The new kid on the block is Hachigo in Ginza. Just a short walk from the station. In case you didn’t know, Ginza closes their main drag to cars on the weekend, letting pedestrians take to the famous street. You can stroll around as you like. You don’t even need to buy any Mikimoto pearls or Fendi bags. 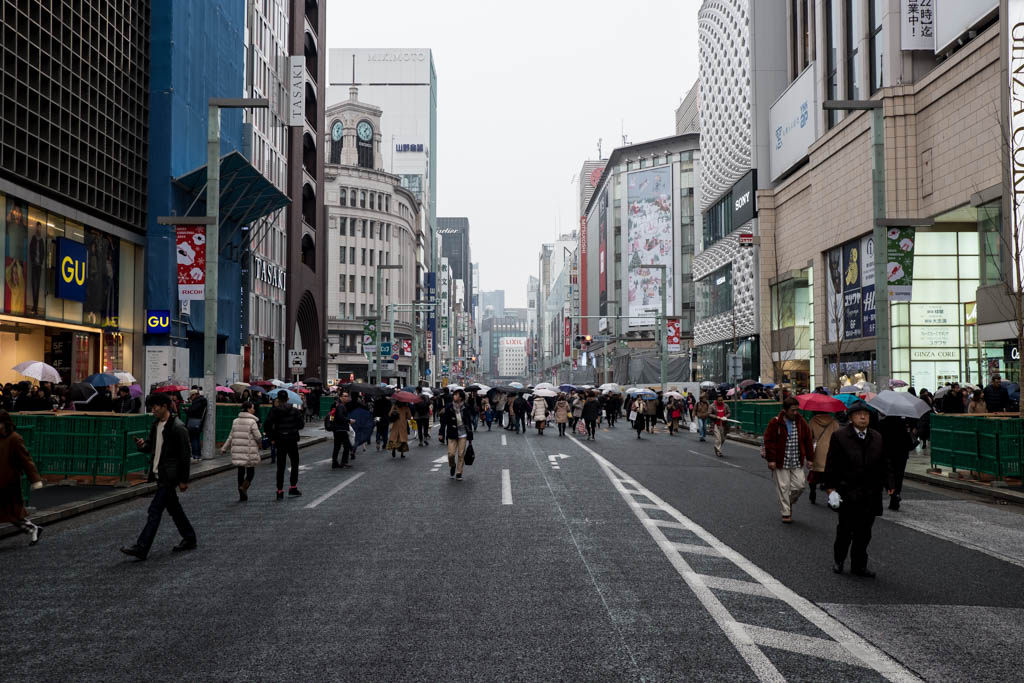 Yes, Ginza can be pricey. When Hachigo opened, they opened with a simple concept. The name is simple; hachi (eight) go (five). Once you see the menu you might understand. The ramen here is only 850 yen. Very high-quality ramen at a very good price. 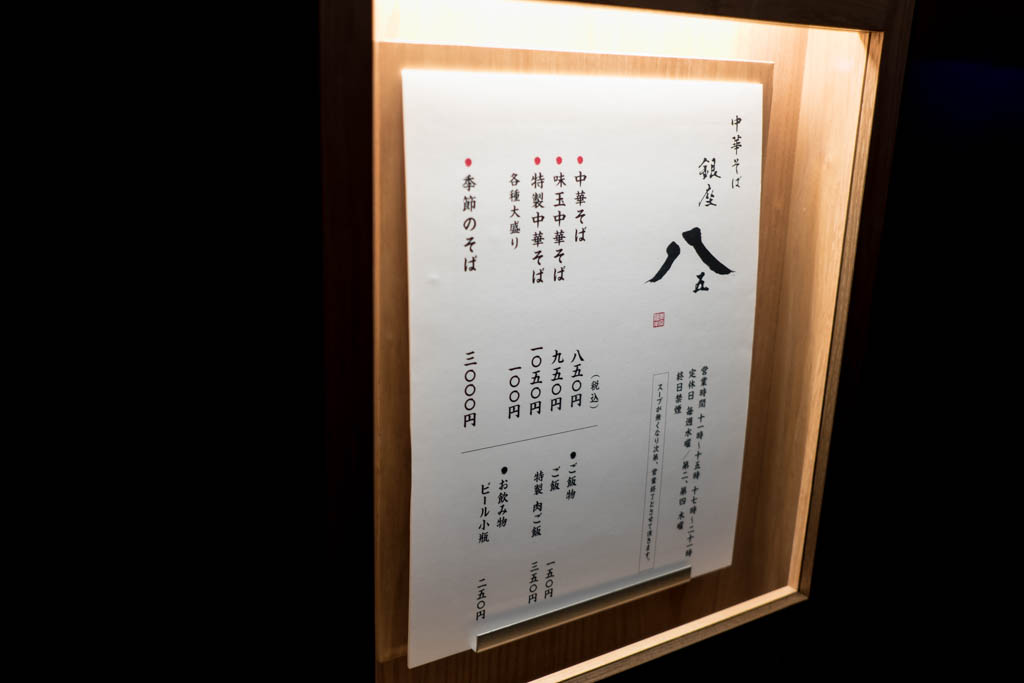 They also have a 3000 yen seasonal bowl, though half a year after opening they still haven’t been able to produce. 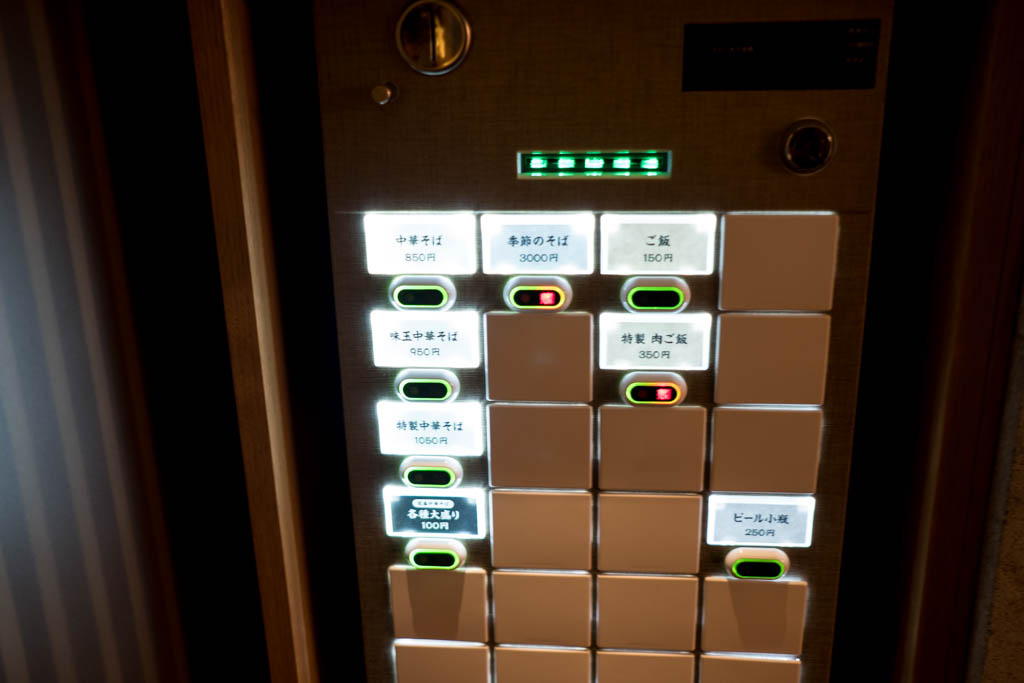 At this price point, you would expect something basic. Basic is as far from the result as possible. 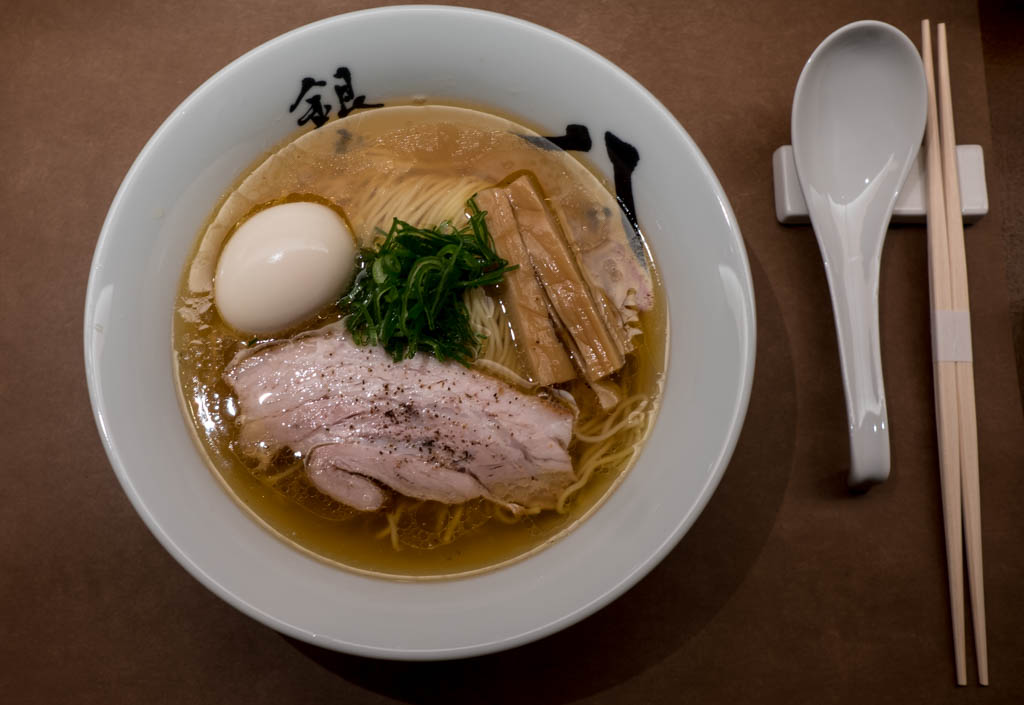 Ramen hospitality. Hachigo makes a bowl without tare, the seasoning liquid that is usually a key ingredient in ramen. They opt for French salt instead. I’ve never known any other shops to make ramen like this; tare is the “secret” ingredient that makes high-end ramen shops stand out.

The stock is a meaty mix of chicken and duck, with accents from shellfish and ham. 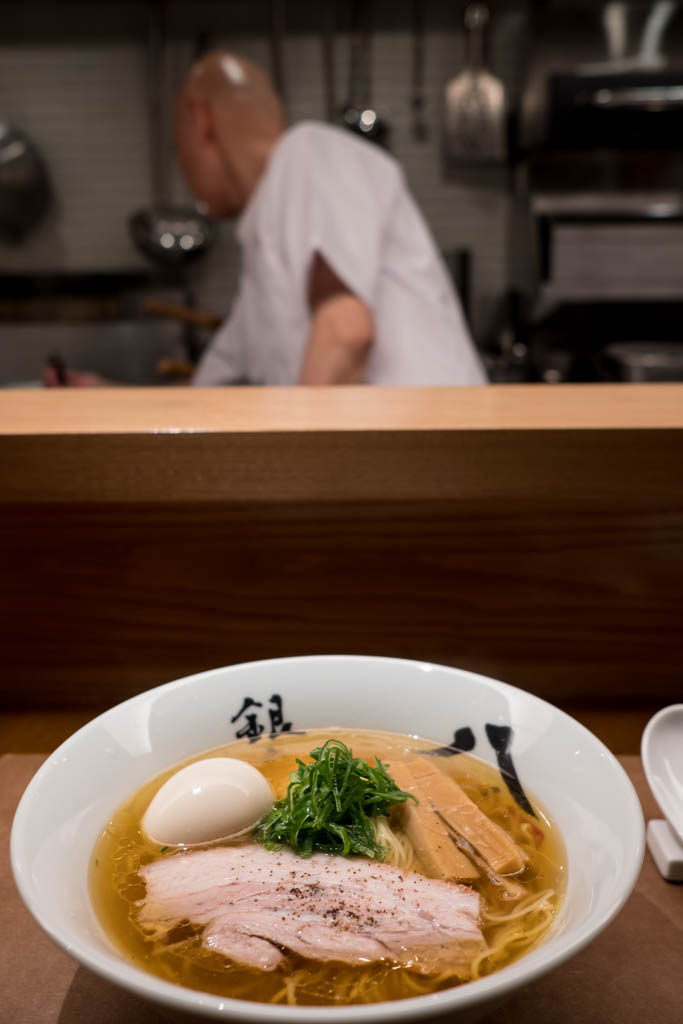 Topped with a beautiful slice of chashu pork. All for 850 yen. 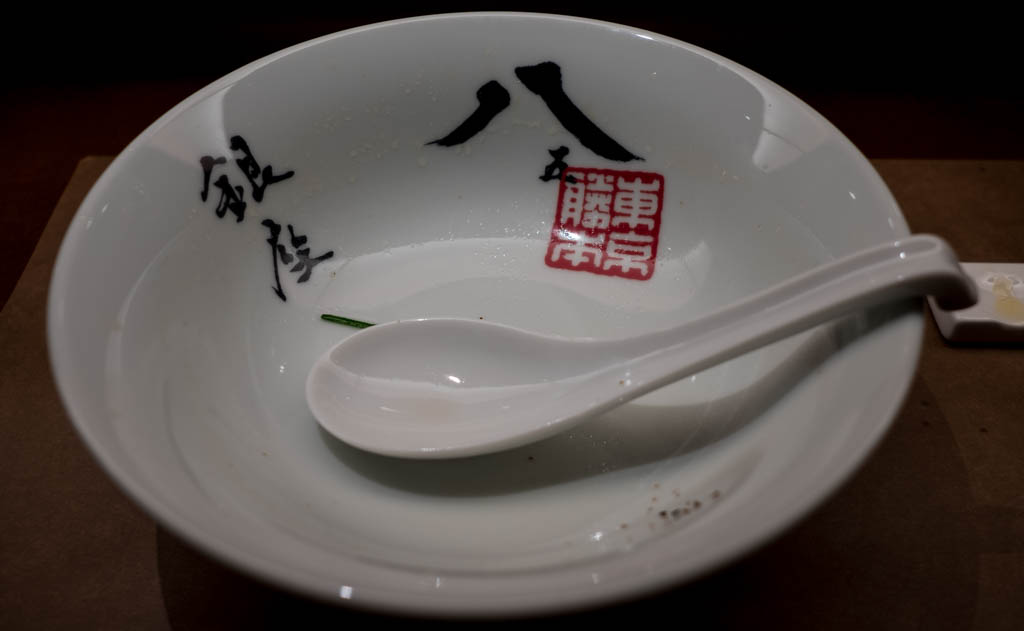 Expect lines. People line up, in the rain, an hour or so before they open. The hype may have died down since they opened in December of 2018, but you’ll likely wait. 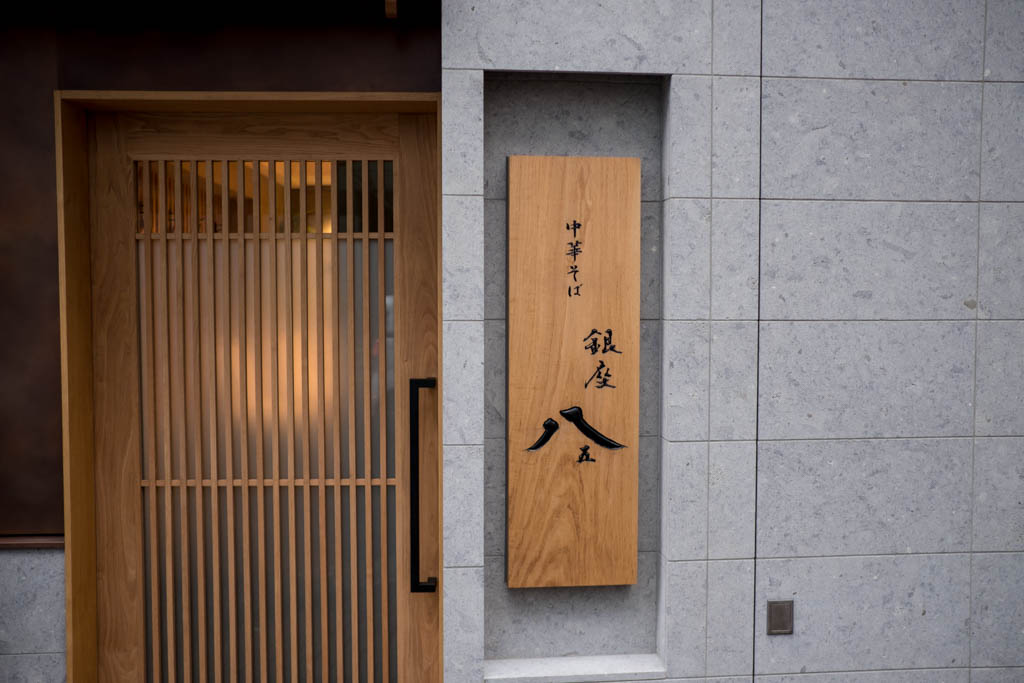 地獄の担担麺 護摩龍 五反田 Welcome to spice hell! Just grab a spoon out of the last customer's leftover skull. This tantanmen…

せんだが家 まぜそば I visited this newish mazesoba spot to film for YouTube. Three Minute Ramen! Well, this idea of doing…