“Best of” lists are commonplace on the Japanese ramen scene. The grand daddy of all ramen sites, the Supleks Database, has dozens of ways to sort through the best three of any category. Their’s is based on scientific formulas; statistics gathered from hundreds of reviews. Mine is a bit less formal. Word of mouth, most of the time. Which is why I had to make it to Ranchu. 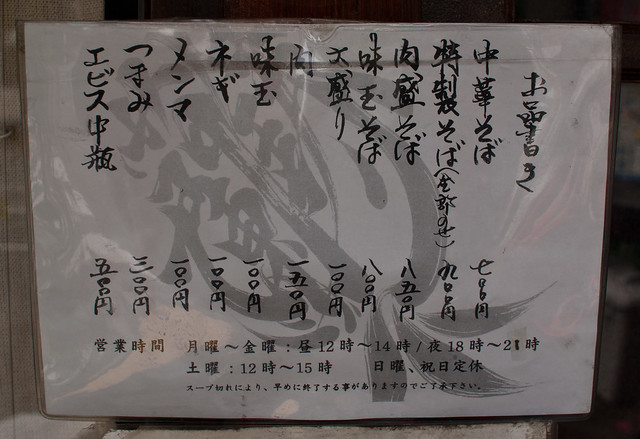 I have often said that Shichisai, in the northwestern burb of Nerima, has the absolute best chashu in the city. A few friends, independent of each other, both told me that Shichisai should come in with a respectable silver. The gold going to Ranchu.
Without a doubt I ordered the nikusoba. 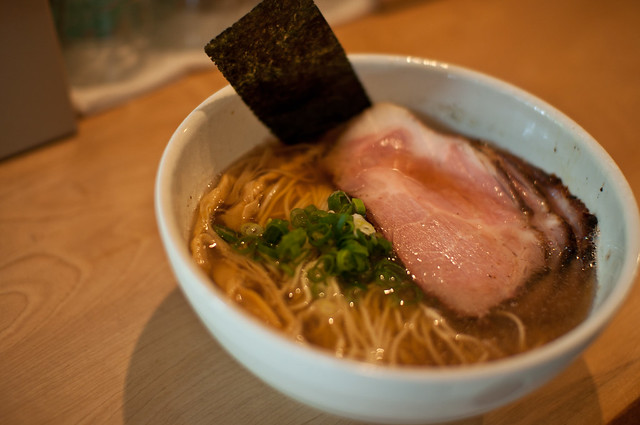 Before we get to the pork, the rest of this bowl is spectacular. Most people ordered it with an extra helping of menma, as theirs is great. Something about this bowl felt… special. Maybe it was the suburban location, maybe it was the odd hours that are kept. A must-eat for anyone out on the west side. 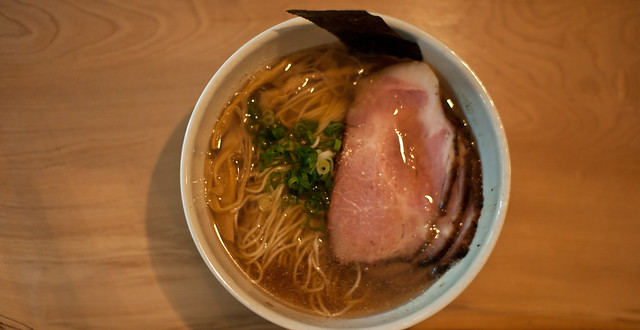 And the pork. From the picture, you can judge how rich and meaty it was. Definitely on the podium, but I still like Shichisai’s a bit more. They are a bit more delicate and tender. Ranchu is more robust, and a lot larger.

Why not try them both? If you are on a bicycle, you could ride between the two in less than a half hour.
View Larger Map

神名備 I can say that, as of this writing, that I have been to Kamunabi with the intent of eating…

Ramen Cique My list of shops I want to eat at has been growing shorter, albeit slowly. A few of…