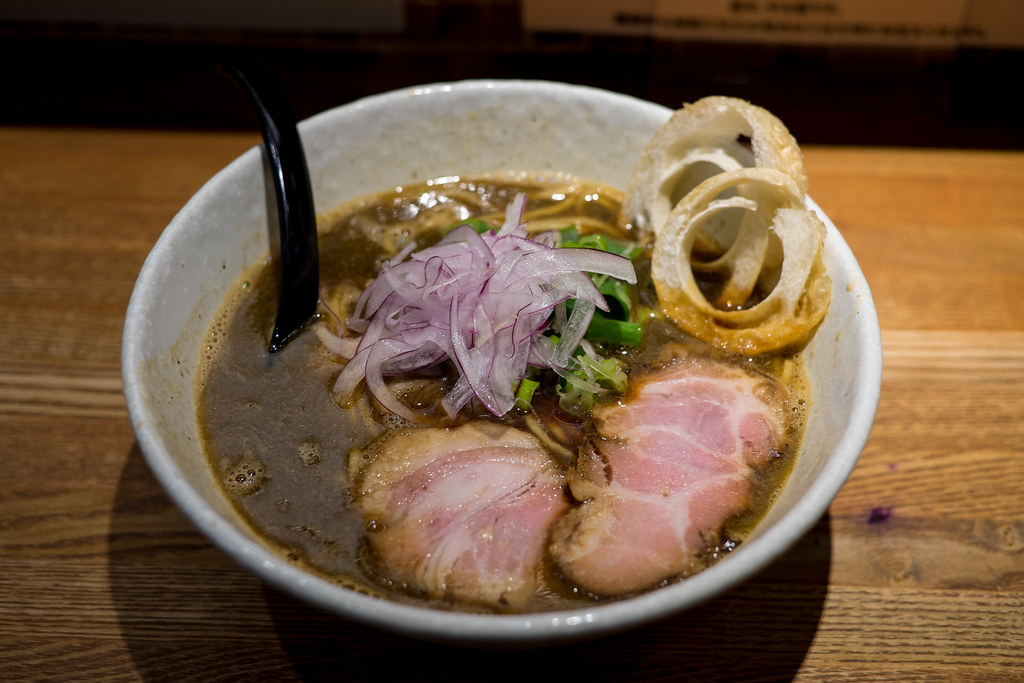 There are actually two shops with the name Nagomi in the eastern part of Hyogo Prefecture, bordering on Osaka. One, the original, is a few blocks off the Hanshin rail line. The other shop, opened by a disciple of the first, is five kilometers north, on the Hankyu line. Both are called Nagomi, though the characters are different (和海 vs 和心). 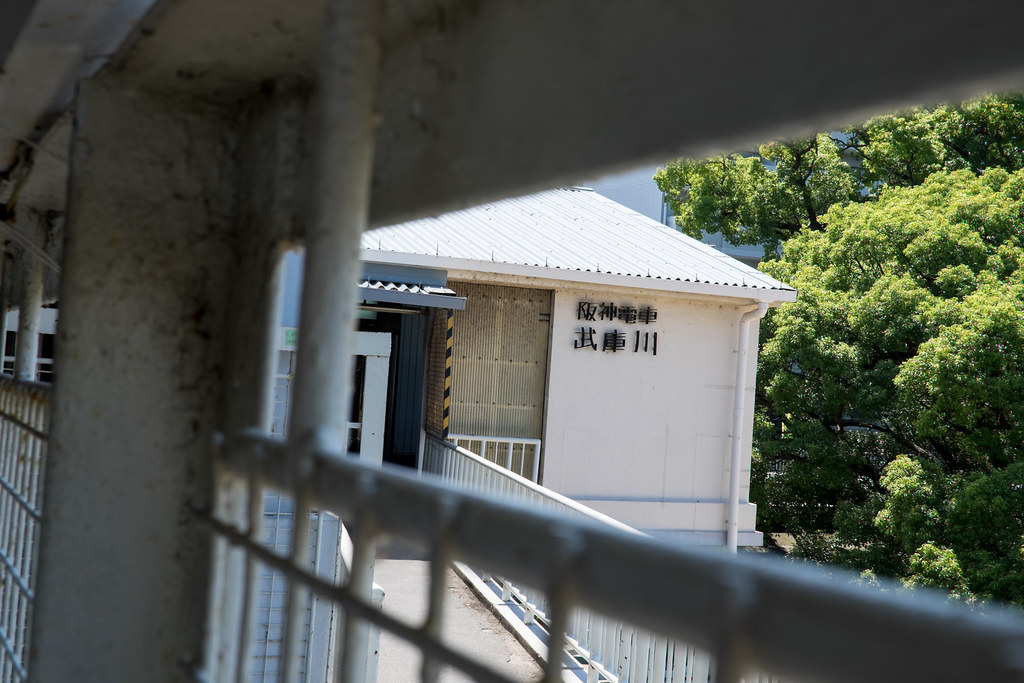 I bring this up because of a conversation I had with some Osaka natives. When someone moves west of Osaka, the only thing that matters, status-wise at least, is which line they are on. The Hanshin line is by far the lesser of the two, home to old wooden houses, ugly seaside factories, and a general roughness. Hankyu is more manicured beauty, tree-lined sidewalks, and specialty stores. 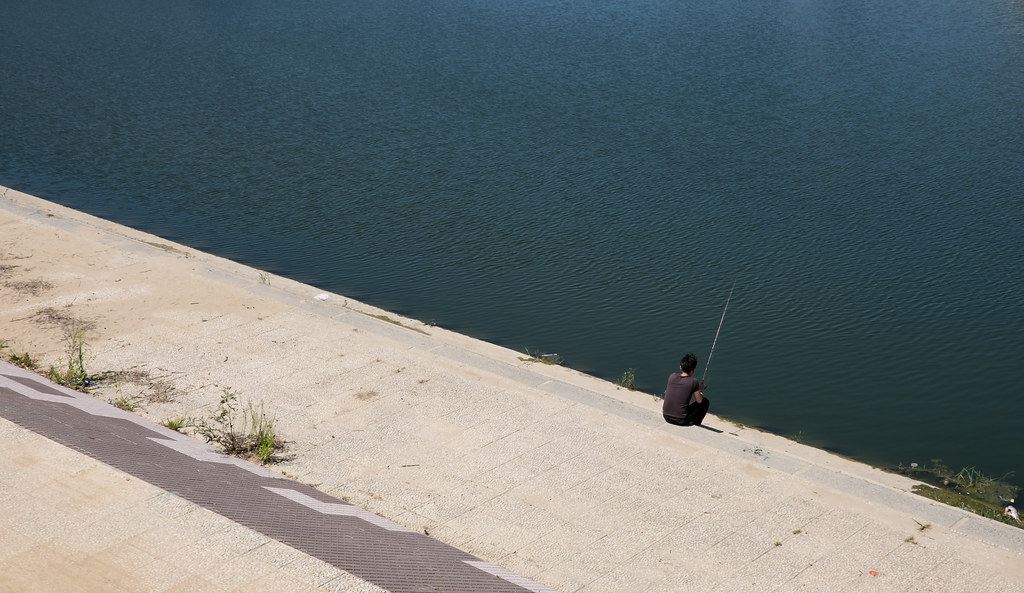 Sure enough, I arrived at Hanshin Mukogawa Station, where locals were fishing for their dinner in the dirty river. The station itself was a bit dated. Construction workers were taking a break, eating watermelon, atop one of those old wooden houses. And, as if the fates wanted to solidify my opinion of Hanshin, Nagomi was closed that day. 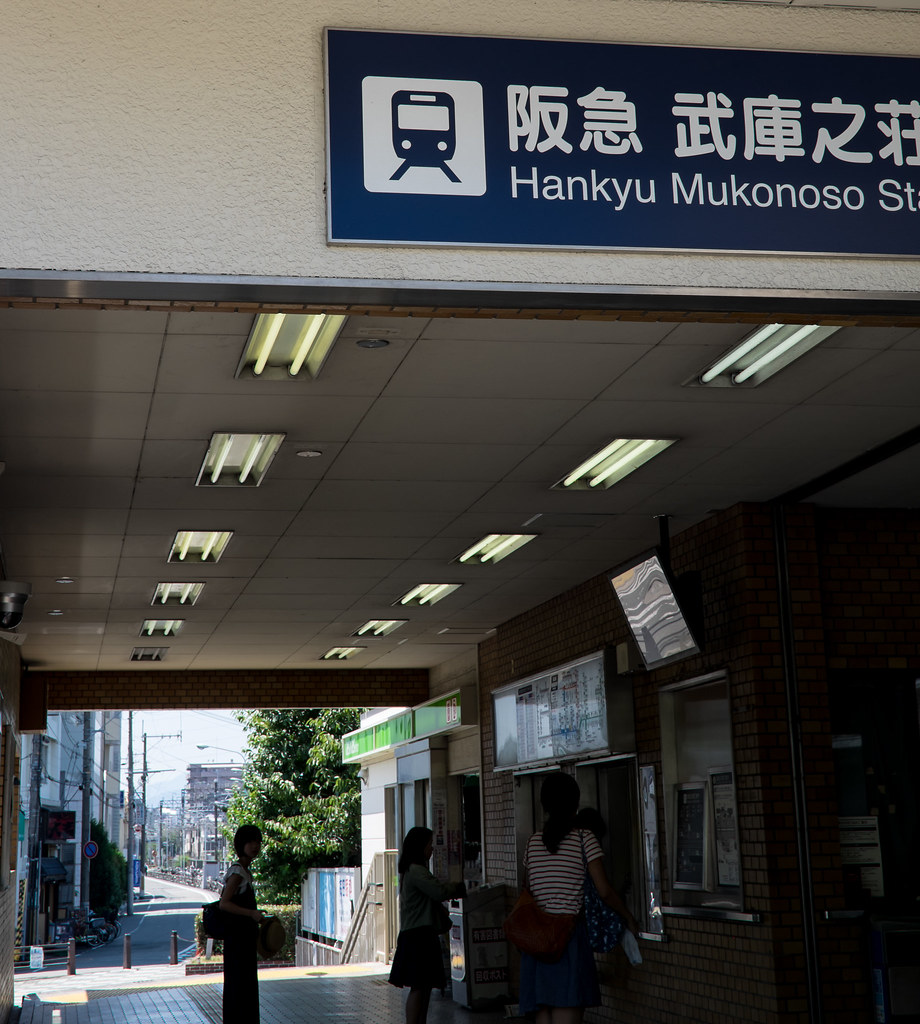 Hankyu Mukonoso Station, on the other hand, is shiny and new. Even the trains are stylish.

Construction workers were replaced by ladies walking their dogs in expensive strollers. Fish from the local river were replaced by fish mongers with a fresh Hokkaido catch. And Nagomi here was definitely open. 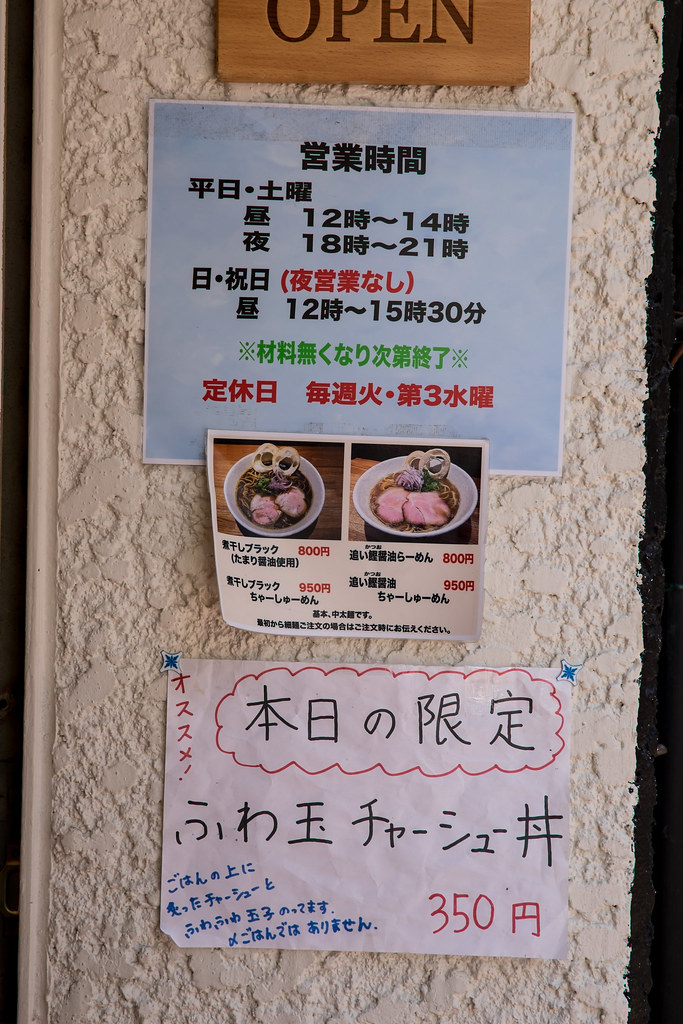 At 11:30 or so, half an hour before opening, I was about 15th in line. This is a popular shop. I pity the soul who arrives after opening; you’ll be here a long time. 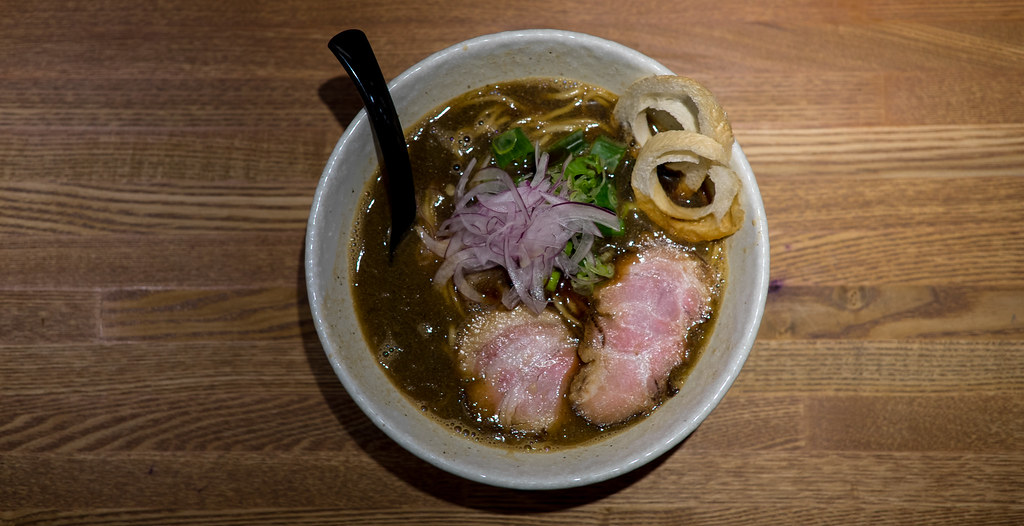 This is the 追い鰹醤油らーめん, a shoyu ramen rich with katsuo flavors. Super dark brown, with a flavor to match. If you aren’t a fan of rich, smoky fish flavors in your ramen, you’ve just wasted a couple hours of your life. More if you went to the closed shop first and had to take a bus for an extra 30 minutes to come here.

The shop’s signature kurumabu – 車麩 – is an easy way to know your bowl is from Nagomi. Those circular things on top are actually friend bread slices from Okinawa. Kind of like bits of toast, they soak up the soup the way slices of baguette do in French onion soup. 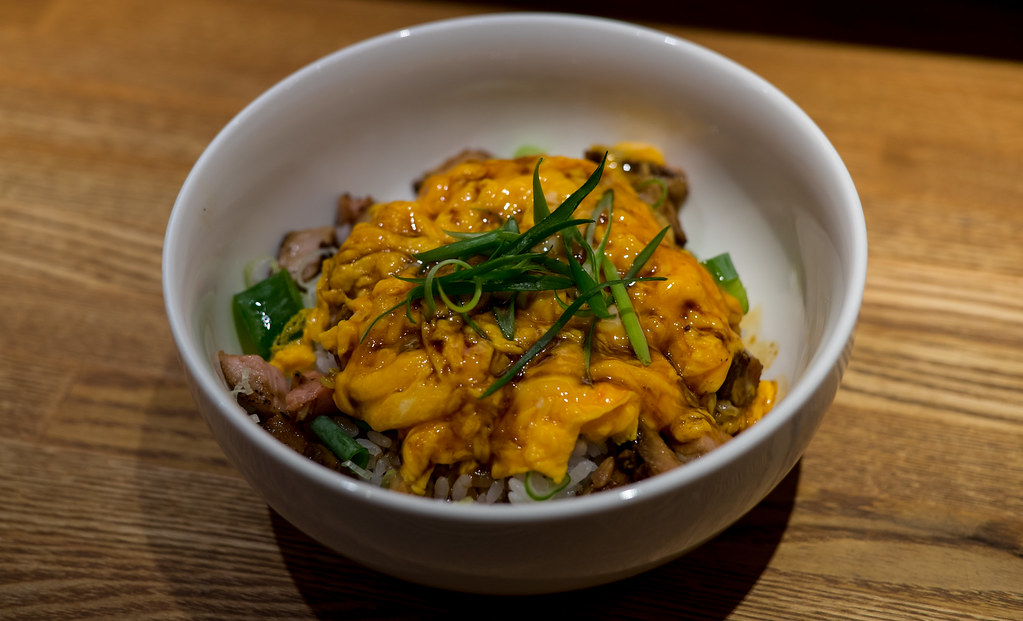 Having spent an extra few hours on this adventure, I had to try their limited rice bowl. Fluffy scrambled egg, heavily flavored chashu, and a nice sauce over rice. It looks like they often have a limited donburi dish like this, which you should probably go for. 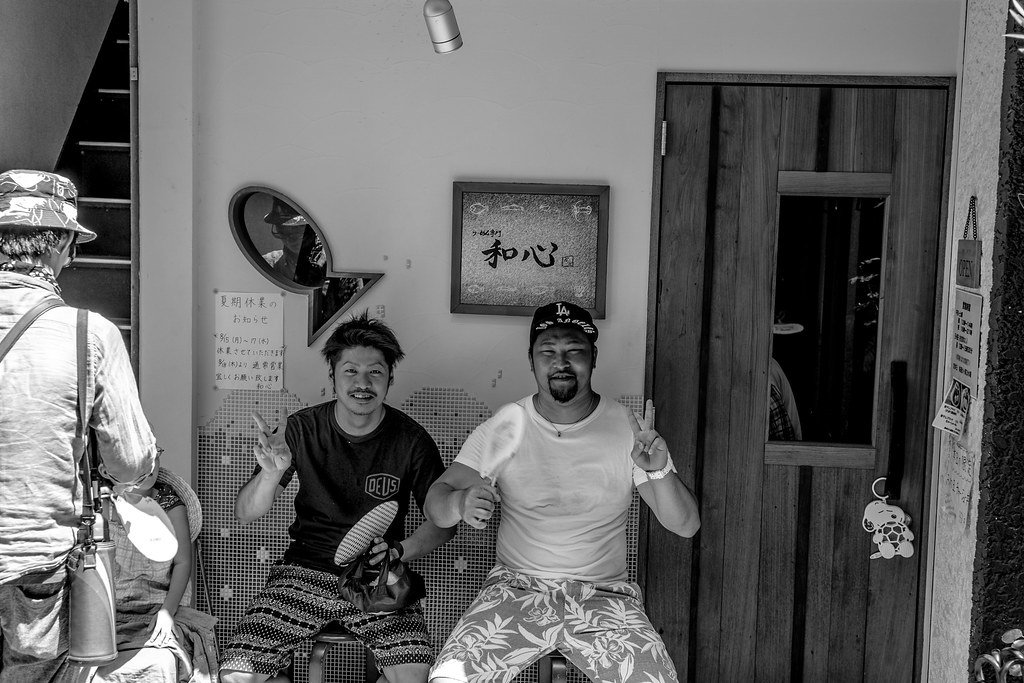 彩色ラーメン きんせい夢風 I love my ramen adventures, and when I can share them with other ramen nerds, all the better!…

麺屋 丈六 I met the master of Joroku at a ramen event last year, and he came off as a…