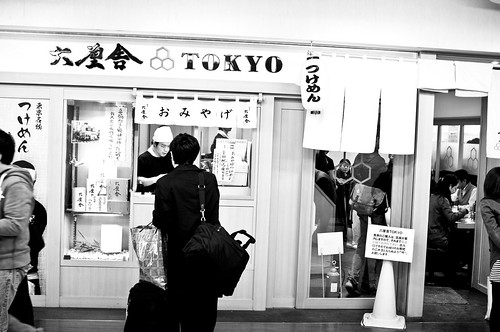 Underneath the bullet train, just minutes from the ticket gates, you can find some of the hottest ramen shops in Tokyo. 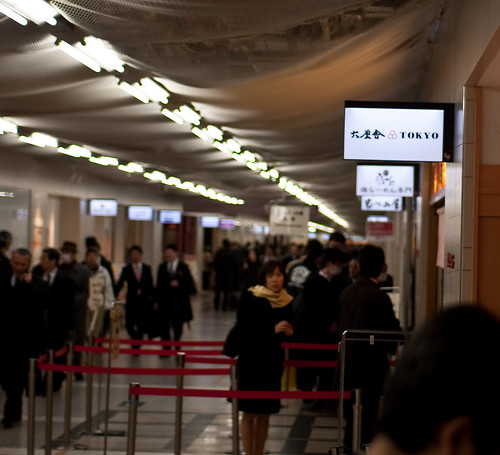 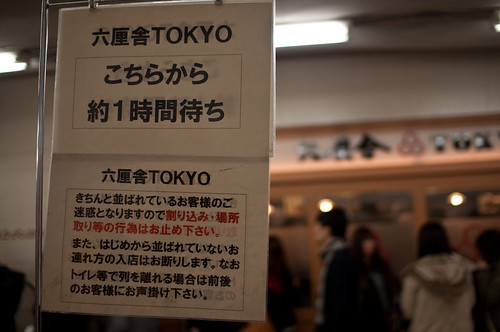 Well, as long as you don’t mind waiting an hour for your lunch.

Rokurinsha is the star of the Tokyo Ramen Street. This might be the aftermath of last year’s tsukemen boom. Or it might just be that their noodles and soup are awesome. On a warm March morning, on my spring break holiday, I joined Daniel from howtojaponese.com for the adventure. 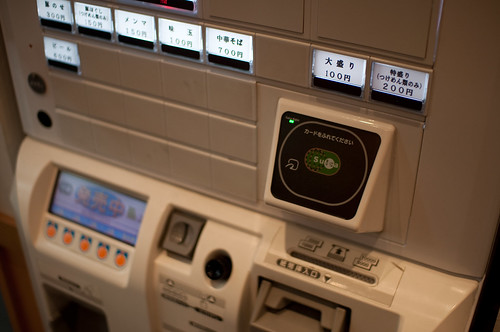 Makes sense that you can pay with your train fare debit card. 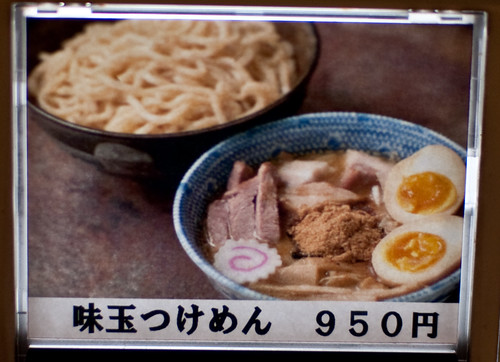 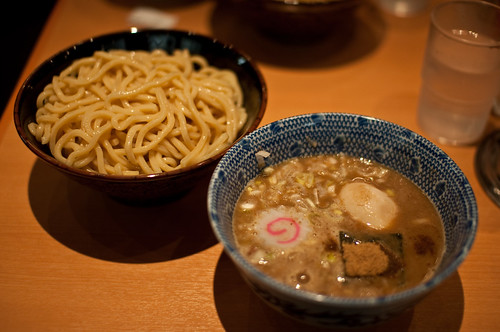 There you go, the gold medalist of tsukemen in Tokyo. The honor, though, is shared with TETSU. I’d love to place those two bowl next to each other for a true test. Either way, though, you’re coming out a happy eater. 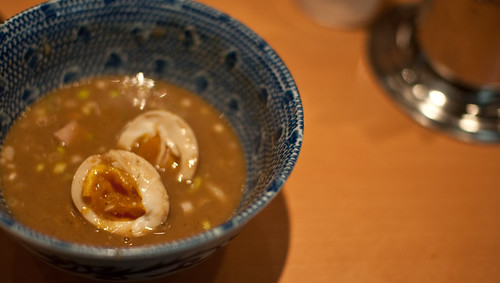 Thick, meaty soup. It’s cooked for over 13 hours, until all the ingredients are unrecognizable. Pork, fish, vegetables, and secrets blend into liquid gold. 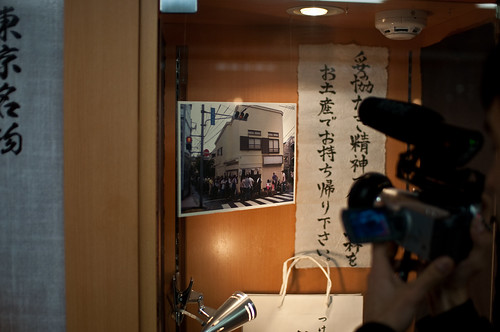 I fully recommend the original shop out in Osaki, but it’s not convenient to anyone but those with time to spare and a good sense of direction. 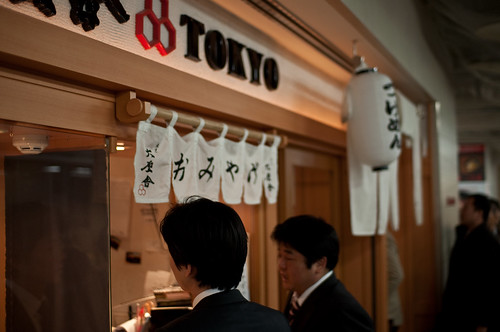 This was the first shop in the Tokyo Ramen Street that we tried. In the near future, we’ll be checking out all of these shops, and then hopefully doing the same at some other ramen streets located in or very near stations. There’s one at Shinagawa station, and a new one at Koenji station. Until then, enjoy another episode of Collaboramen!

中華そば 萬福 In the heart of Ginza is one of the oldest ramen shops in town. How old? Very old.…

新潟らぁ麺専門店 我武者羅 Taking my life into my hands, I embodied a true gamushara, or daredevil, as I set out on…