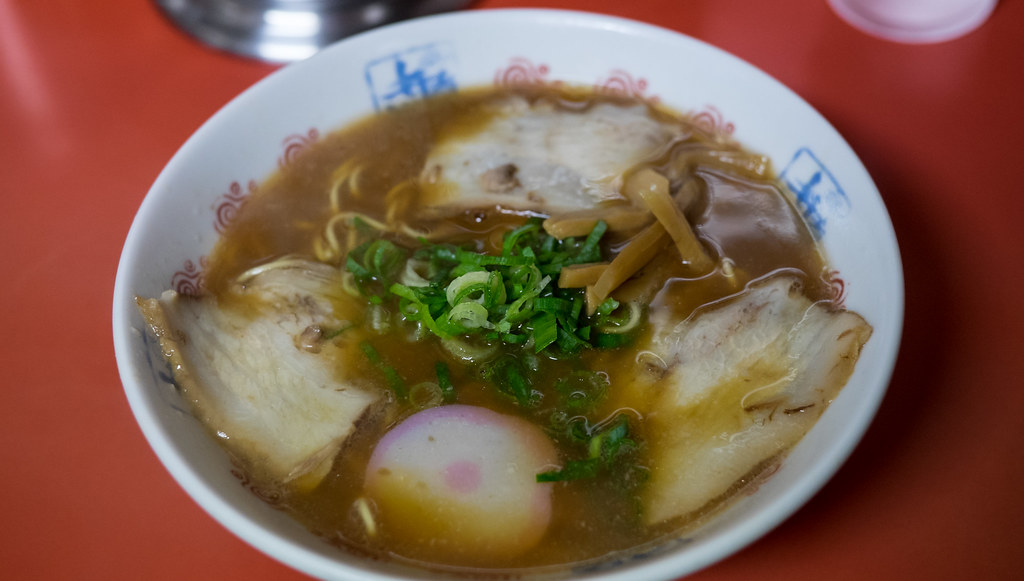 The year was 1998, in a decade where ramen was really taking the country by storm. This new thing called the Internet was informing the masses, and regional ramen was becoming a hot topic among foodies.

As always, more conventional media was slow to catch on, but catch on they did. TV shows about ramen began popping up on occasion, then more frequently, and the general, internet-un-savy populace wanted more. So much so, in fact, that the mega popular show TV Champion focused their 1998 airing on the topic of finding the best ramen in the country. Now, I’ve lived in Japan for over ten years now, and I still can’t understand the madness that is year-end TV. From the last days of December until the second or third of January, families reconvene at their jika, hometown, and do nothing more than sit around, eat, drink, and watch variety TV shows. 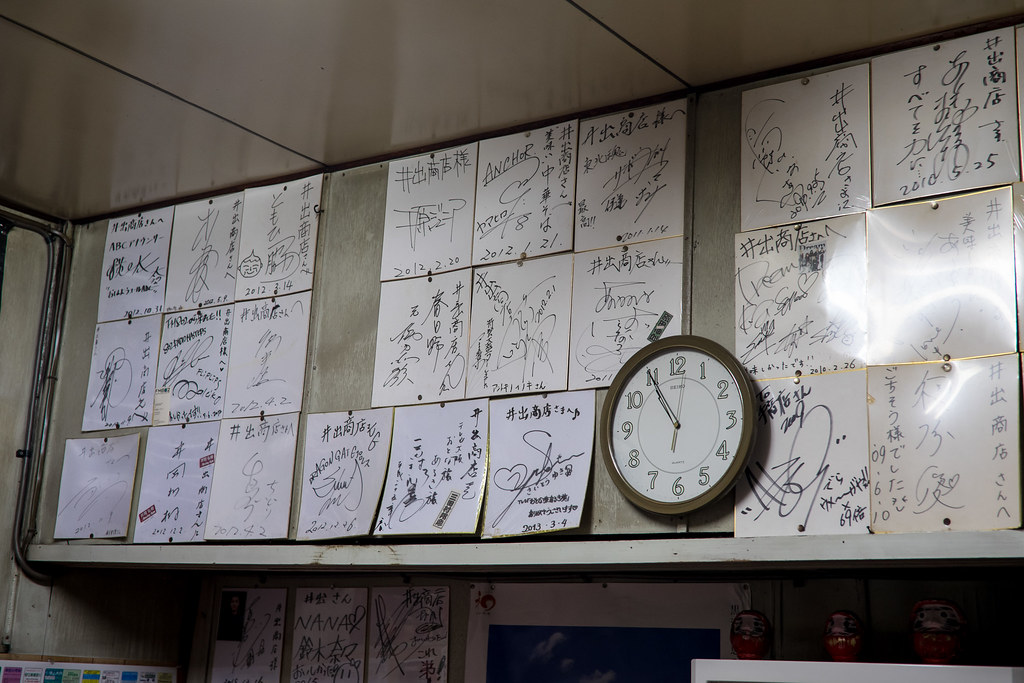 So when Ideshoten was named the best ramen in the country on national TV, millions upon millions watched.

Nearly 20 years later, and the shop is still on every ramen lover’s list. If Wakayama weren’t so darn far from everything else, I would be sending people here without hesitation. 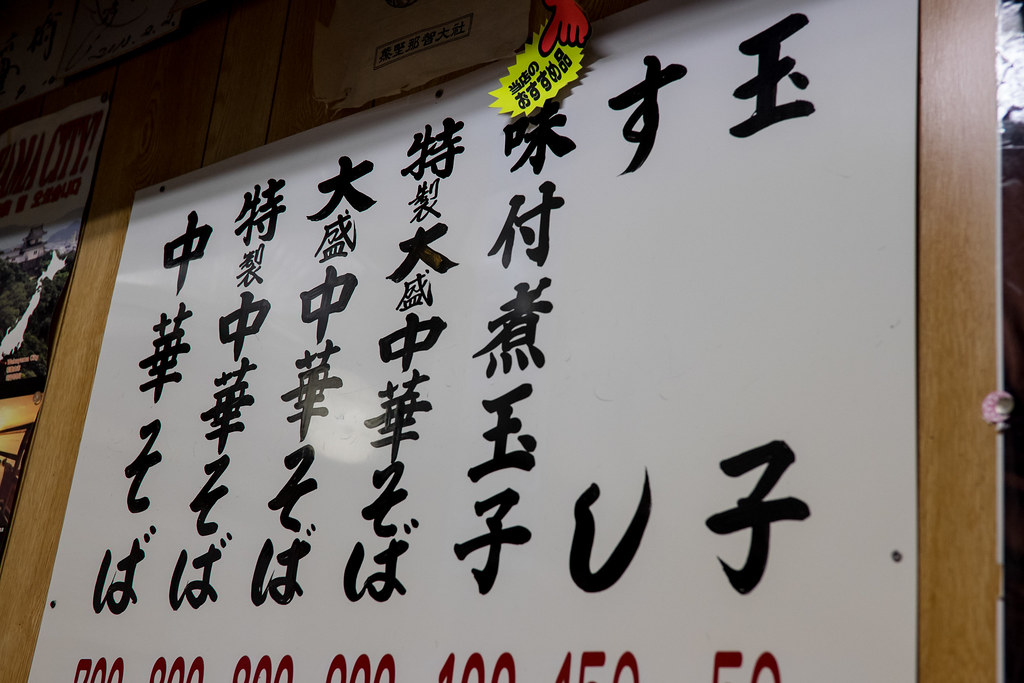 We’ll get to the ramen in a sec. On the simple menu is すし – sushi – for 150 yen. This is an important part of Wakayama ramen, the hayazushi – fast sushi. 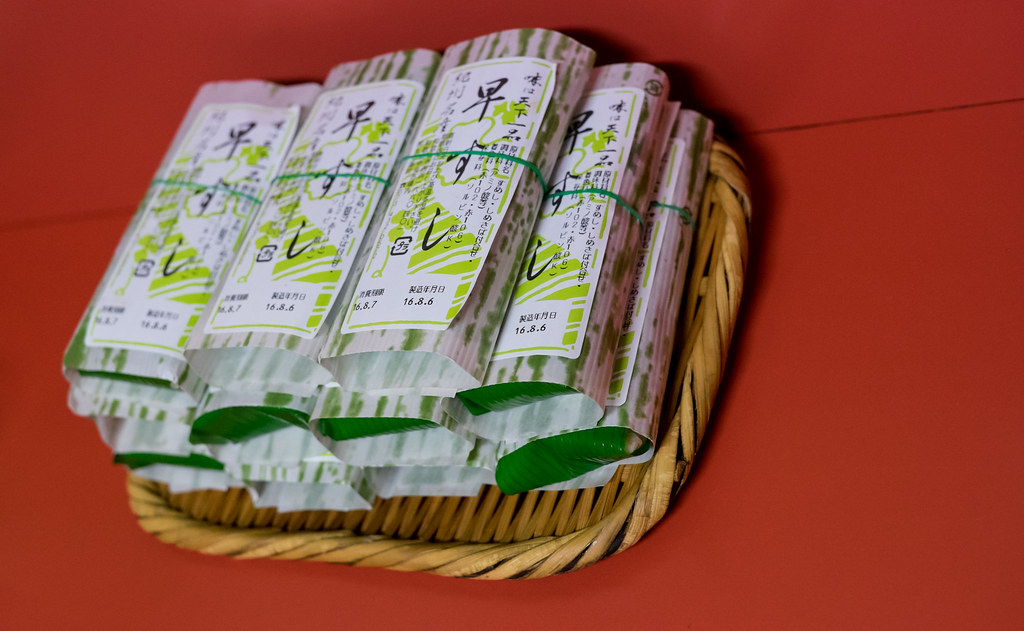 It’s sitting on the counter, ready to eat. Just grab one and dig in! 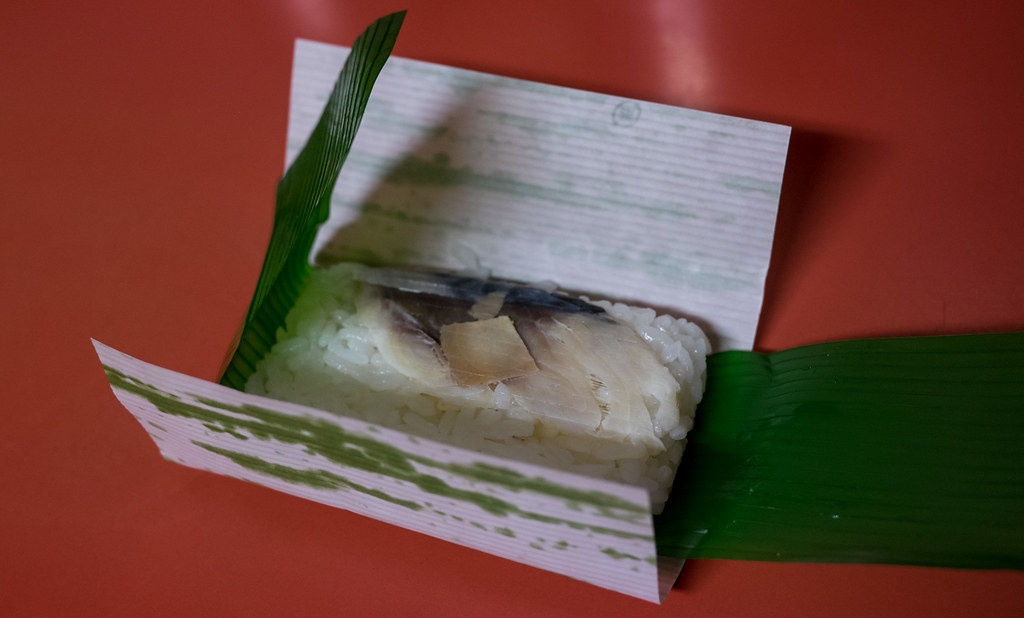 Simple, pressed, vinegared mackerel sushi. Super satisfying after the the wait in line. I didn’t try, but you might be able to grab some while you wait; Ideshoten has been known to have some serious lines on busy days. 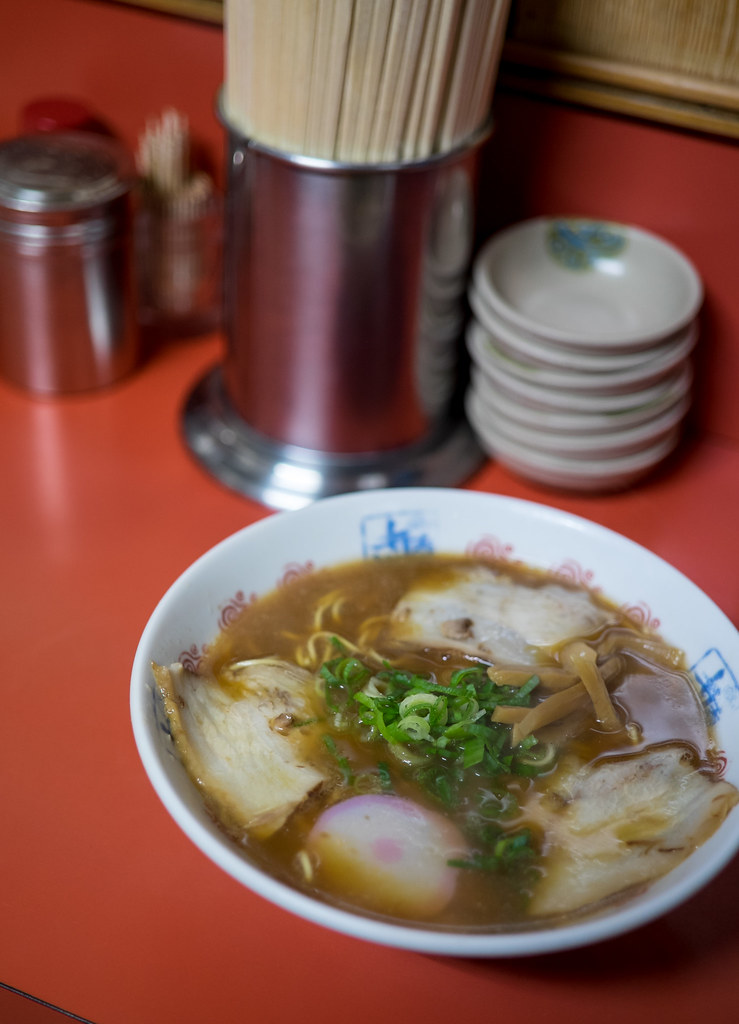 The ramen is a thick tonkotsu-shoyu. Porky soup with a strong soy sauce flavor. Thin noodles and your standard toppings round out the bowl. It’s simple, but you can imagine the ramen judges of two decades ago being entranced by this local creation. Feel-good ramen that encapsulates the idea of shokunin, someone who devotes their life to a single dish.

Personally, I find Wakayama ramen to have a grittier taste and texture than other bowls that use similar ingredients. I also think this is the most underrated style in the country, and a great bowl of Wakayama ramen is something I constantly crave. 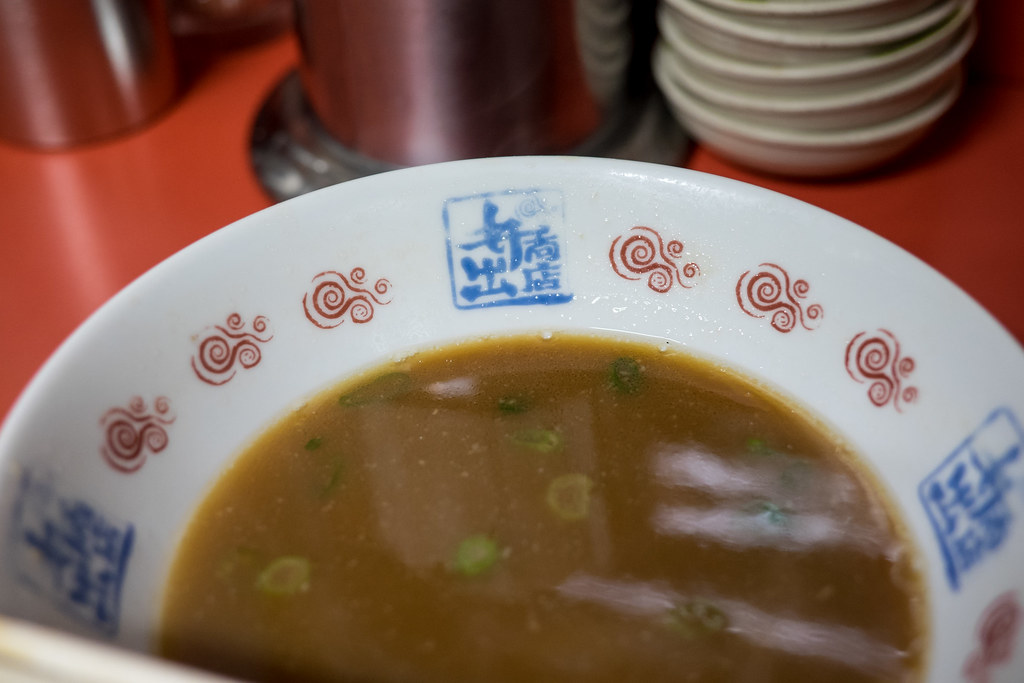 An amazing bowl, and if you want to continue your Wakayama search, check out the city’s ramen map here. 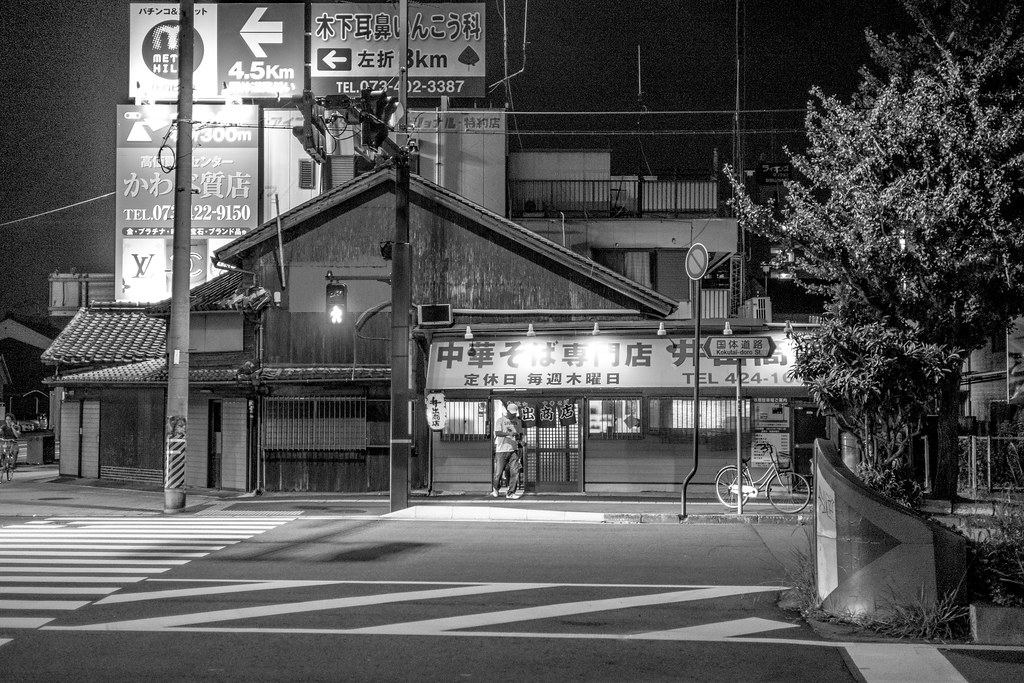 Hitoshinaya I fly domestic within Japan a lot. Sometimes three times a month. It's for work, and the reason Ramen…

麺や 而今 I feel like a broken record when I talk about the Osaka food scene. While Tokyo is all…