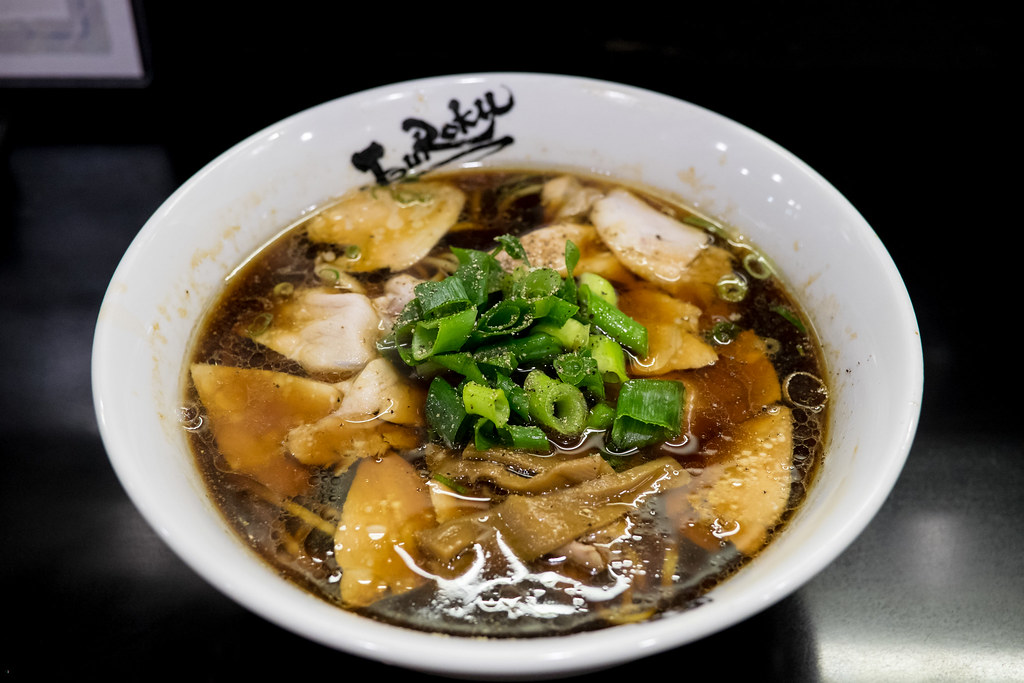 I met the master of Joroku at a ramen event last year, and he came off as a real nice guy. Well, that niceness meant that he was constantly being invited to ramen collaborations with other shops, and every single time I tried to visit his downtown Osaka spot, they were unexpectedly closed. Either they were at an event, had run out of soup, or just decided to take a day off.

I learned a lesson about Osaka ramen here; be sure to check their twitter feed for updates. The masters here love twitter and it is the only reliable source of up-to-date shop info. You must be able to find their site and read Japanese; I can only help you out so much. 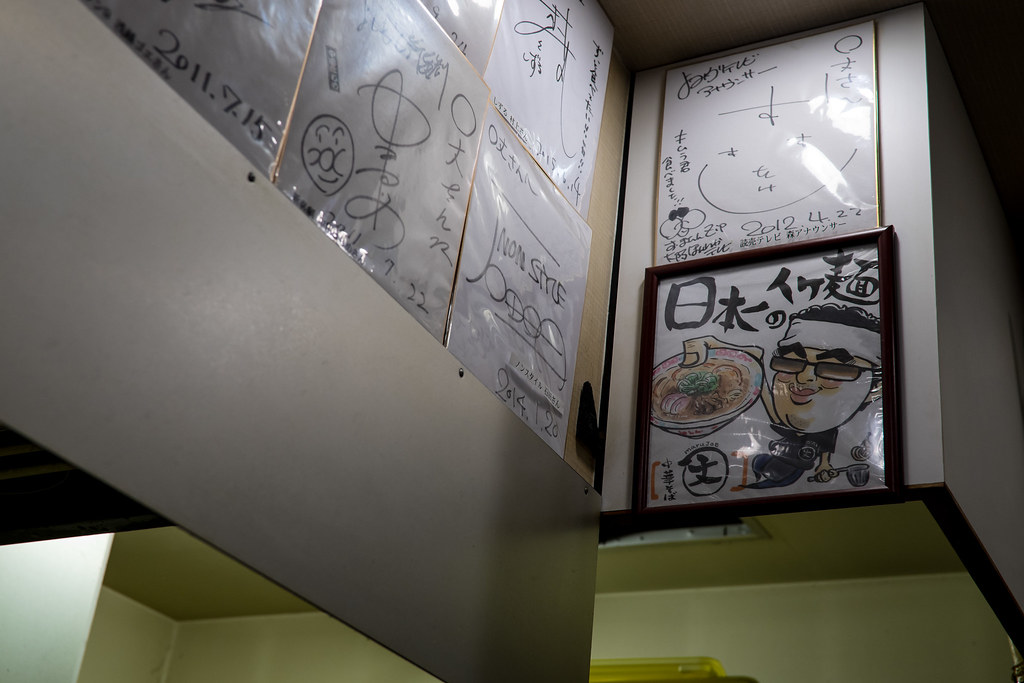 Joroku’s super-central location (minutes from Namba Station, in a very lively part of town) means convenience. Not a particular criteria for a good bowl, but it’s great to have a lot of before and after options. And while Joroku is on a rather shady street, more family-friendly fun isn’t far away. 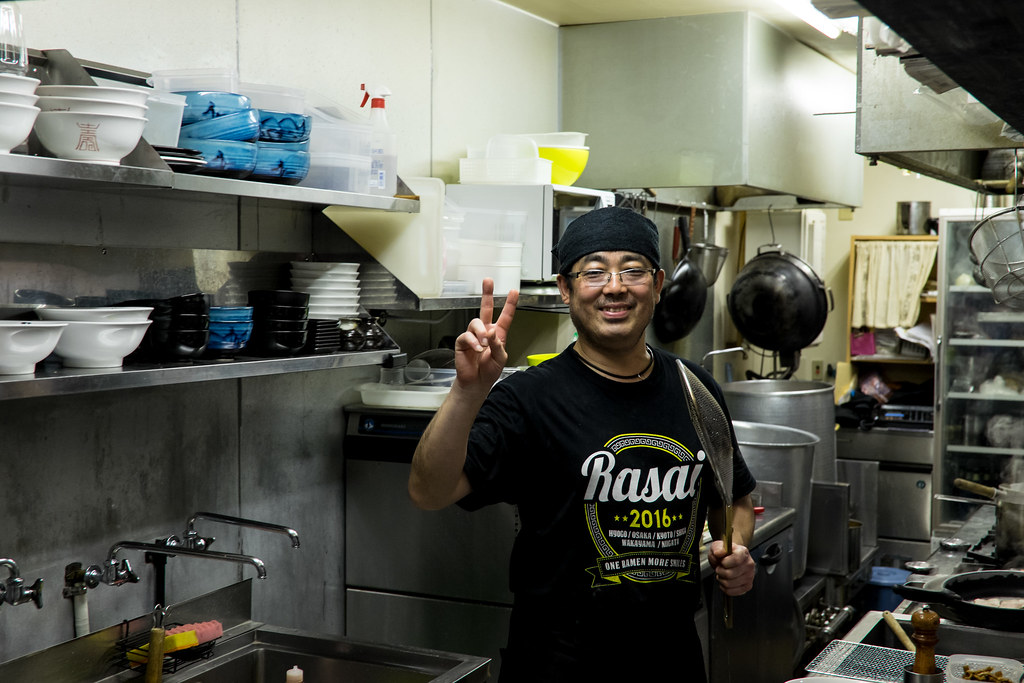 Getting down to the ramen, the standard bowl is 高井田系 – takaida-style. It’s an Osaka thing, and it is wonderful. Deep, dark tamari shoyu is used. Shoyu 101 teaches us that tamari doesn’t have the wheat added, resulting in a much heavier taste. If you’ve ever been served a special shoyu with sashimi, it was probably tamari. 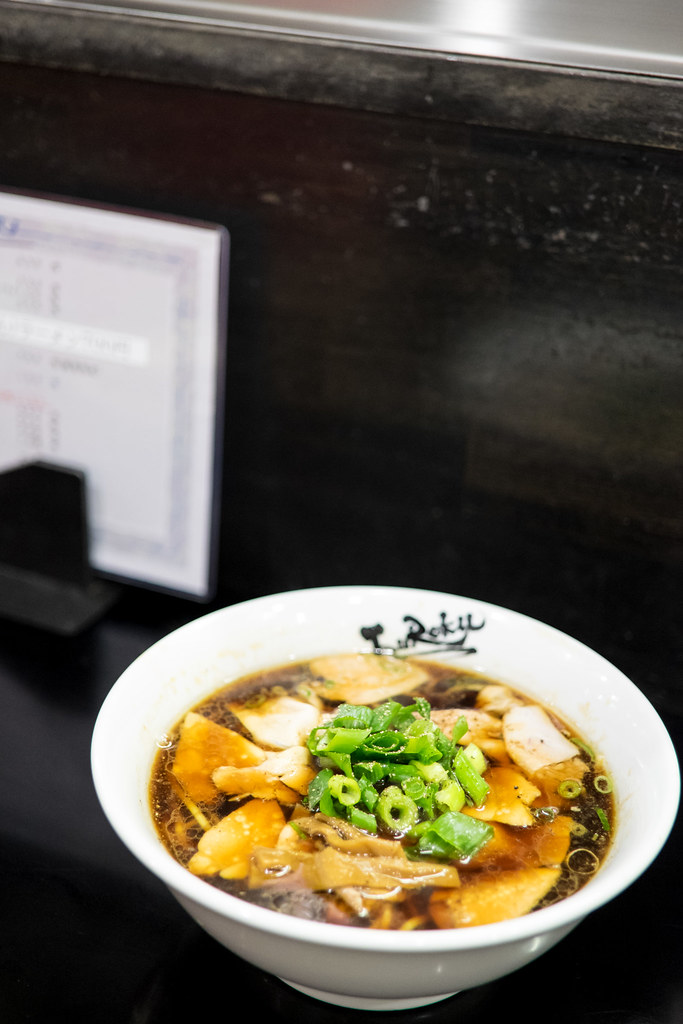 Using this mega-soy sauce could easily result in a bowl that’s too salty, so when a shop really makes it well, the fandom follows.

Feeling adventurous, I tried their limited 秋刀魚醤油らーめん – sanma ramen. Sanma, also called Pacific Saury, is an oily, flavorful fish that gives a big kick of flavor. A lighter, more normal soy sauce rounds out this one. 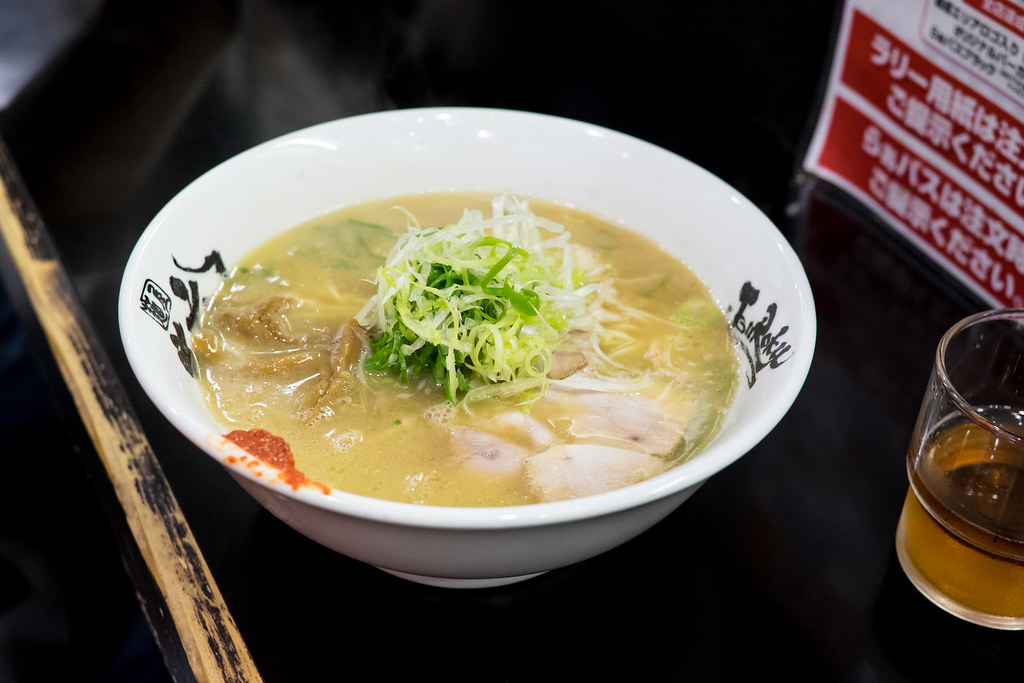 The two broths side by side.

I prefer the deeper soup. It’s super intense, and really indicative of Osaka.

Looking at the menu, the sanma is one of their limited volume bowls. Joroku usually has one or two of these seasonal styles on the menu. An easy excuse to come back. 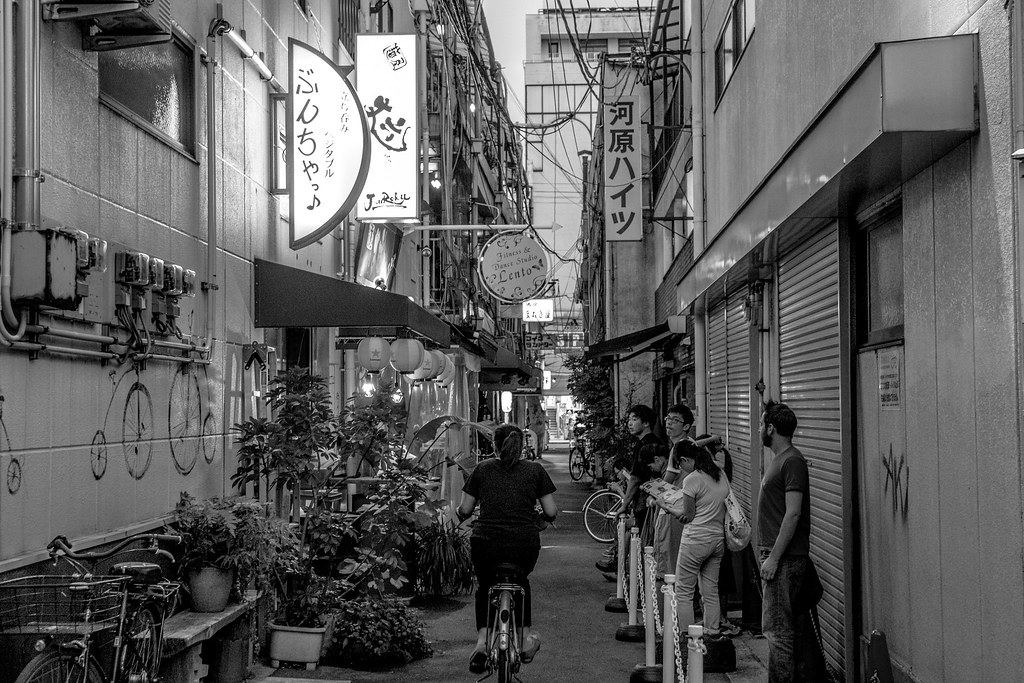 らーめん専門 和心 武庫之荘店 There are actually two shops with the name Nagomi in the eastern part of Hyogo Prefecture, bordering…

Hitoshinaya I fly domestic within Japan a lot. Sometimes three times a month. It's for work, and the reason Ramen…