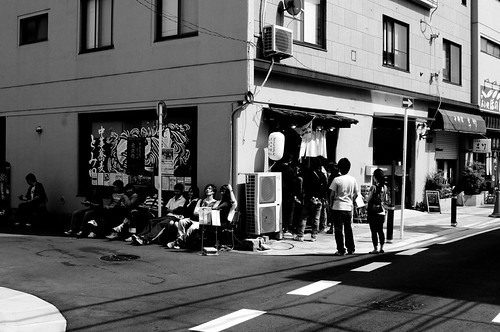 Tomita ranks in at #1 on many ramen lover’s lists. But more notable than any single individual’s taste is the coveted #1 spot on the Japanese supleks database. I’ve never been disappointed by a highly ranked (90+) shop on that database. At the time of writing, Tomita is sitting at 97.396. The supleks database leans far left, with the liberal party being traditional shoyu and green party being new, robust pork soups. Tonkotsu gyokai tsukemen in particular tends to be ranked high.
Matsudo is surprisingly closer to Tokyo than I thought. Often, a shop in a neighboring prefecture requires a few hours of dedicated time. At less than 20 minutes from the Yamanote line, Tomita is closer than many inner-city shops. 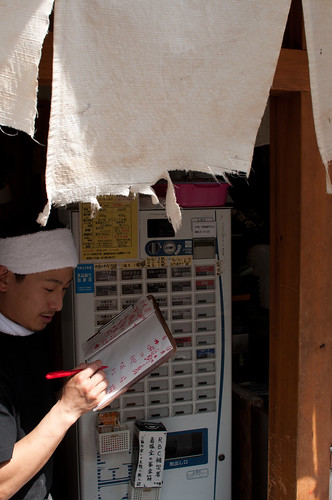 Expect to wait. One staff member is on duty full time, letting you know when and where to sit in line, when to buy your ticket, and when to enter the store. A lot of people bought a take home pack. No wait for that one. 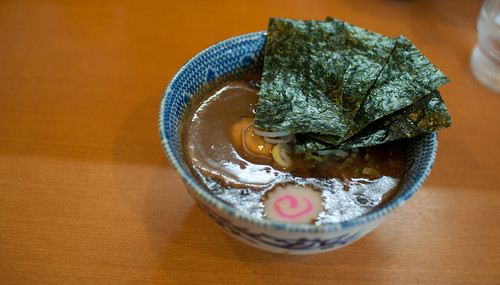 Here it is, the coveted tonkotsu gyokai tsukemen from Tomita. Any popular tsukemen will have something about it. Something extra. Most shops of this kind are just good. Rising above “just good”, Tomita’s soup is a little grainy, with tiny flecks of fish and pork bits sticking to everything that comes in contact. 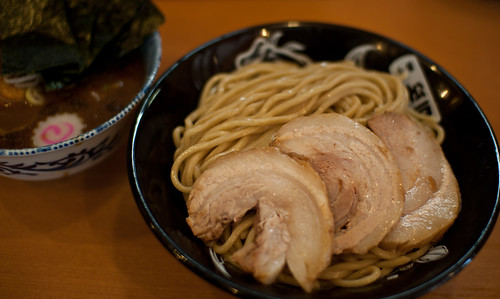 Superb. Little details, like the last minute splash of boiling soup to keep it the right temperature, were noted. 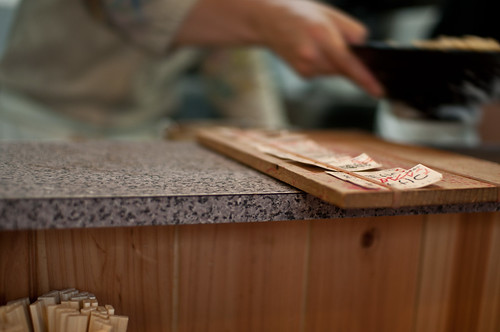 The shop will try and serve everyone at once, so that the master can focus on one thing at a time. 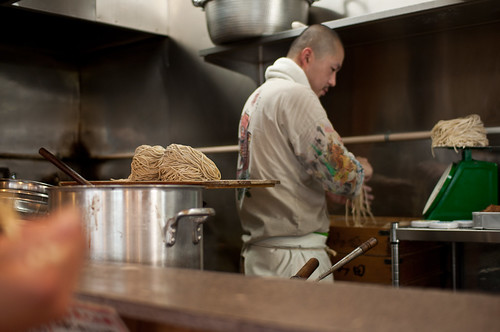 Mr. Tomita may only cook ramen for 5 hours a day at lunch, but he also oversees the handmade noodles, and apparently operates a few other restaurants in the neighborhood. I think if he were to walk down the street here in Matsudo, every local greet him with praise. Perhaps he isn’t seen walking down the street too often though, as he lives just upstairs according to this video: 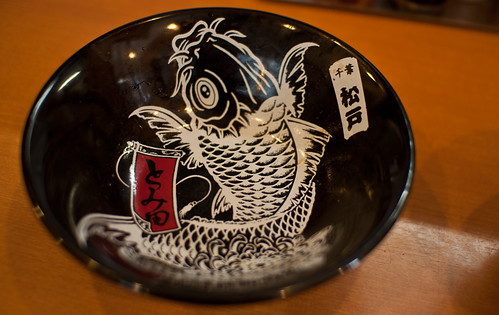 When you ask for it, the soup owari, broth added to the soup after your noodles are finished, is the best I’ve had in Japan. 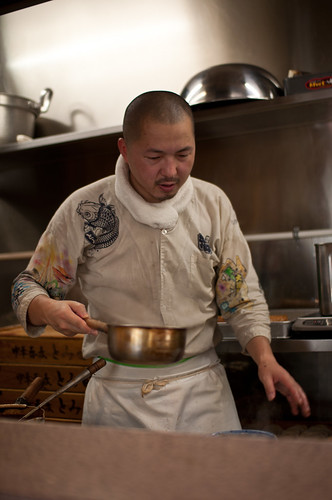 At a typical shop, it’s just clear broth. Tomita adds that broth, along with ground pork and fresh yuzu peel. You’ll leave refreshed, and likely thinking about the next time you can make it back.

米沢ラーメン愛愛 Yonezawa is a few hundred kilometers north of Tokyo. And, of course, this city has it's own ramen style.…

らーめん潤 Straight from Niigata, Jun opened a shop in Kamata, just south of transportation hub Shinagawa. If you are familiar…