Travel to the other side of the planet for a bowl? Sure!

I met Philipp back in 2015, when he was in Japan for work at renowned Ryugin, a high-end Japanese restaurant that is consistently named top five in Asia. Sure, the kid had done stints at Noma and Relæ, but like many chefs, he was a huge ramen fan. 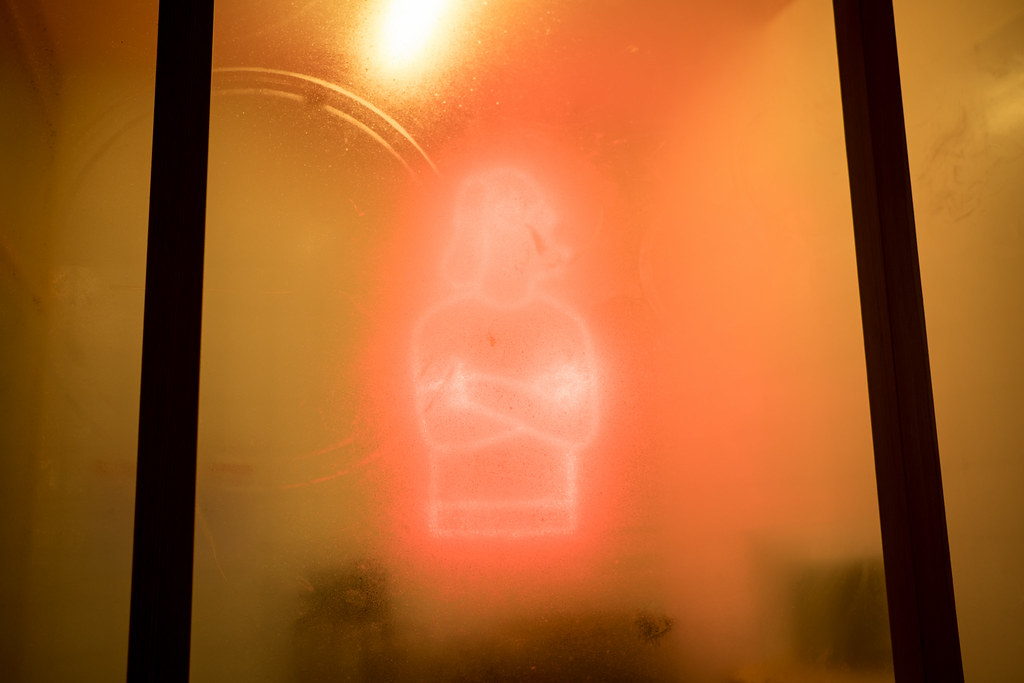 Fast forward to the present, and he’s opened his own place in Copenhagen. A real, Japan-inspired shop on the other side of the planet. 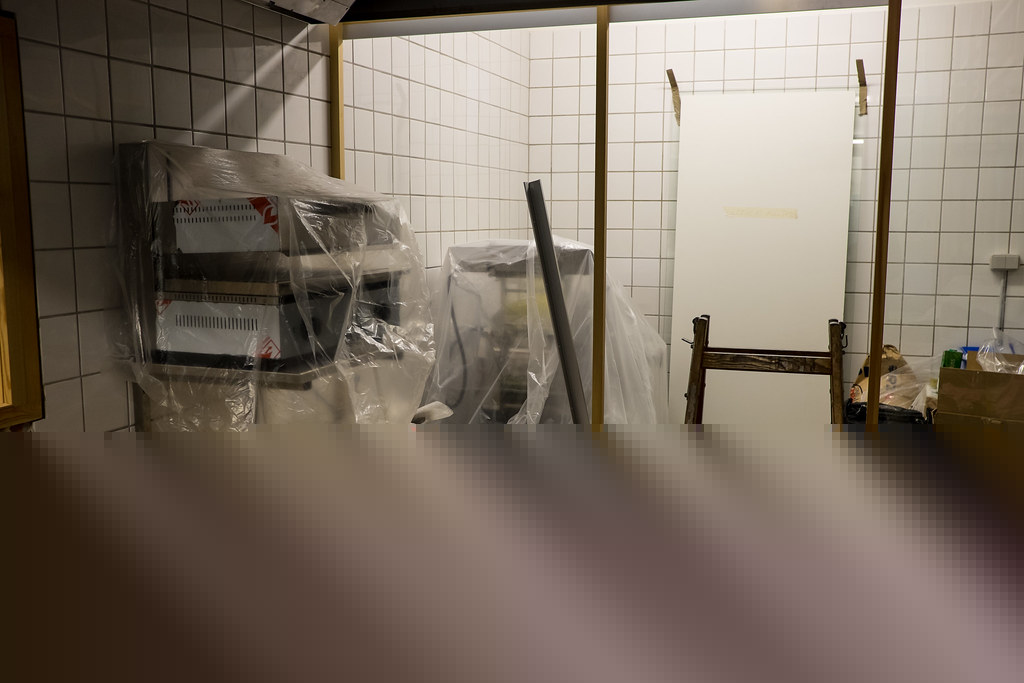 Timing was of the essence, and I really only had the first week of January free from my Tokyo obligations. And though the shop was slated to open on January 4th, I arrived to this; construction. The interior was in the final stages, but it was still a mess. Top-of-the-line kitchen appliances remained hidden from view beneath plastic and cardboard. 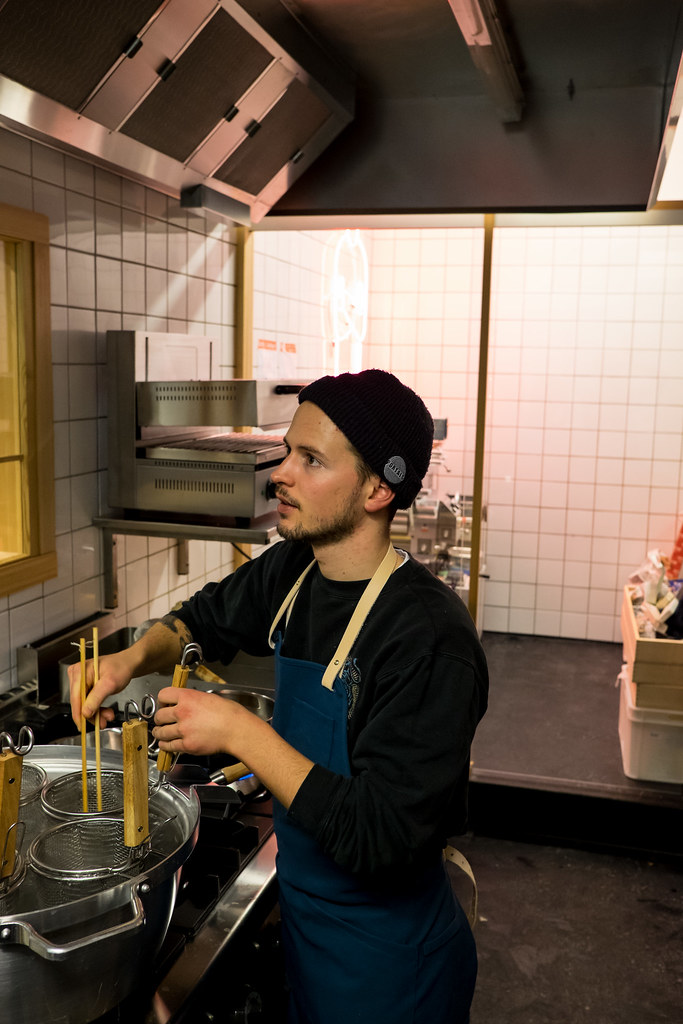 Well, over the course of my stay, the plastic and cardboard dissipated, and though the shop’s official opening was pushed back to February 9th, I got to try the bowl.

I should note that Philipp spent a bit of time in Japan working at some of Tokyo’s top ramen shops. One of those was my local favorite (and apparently the favorite of Noma chef René Redzepi), Hototogisu. The bowl at Slurp is heavily inspired by this. 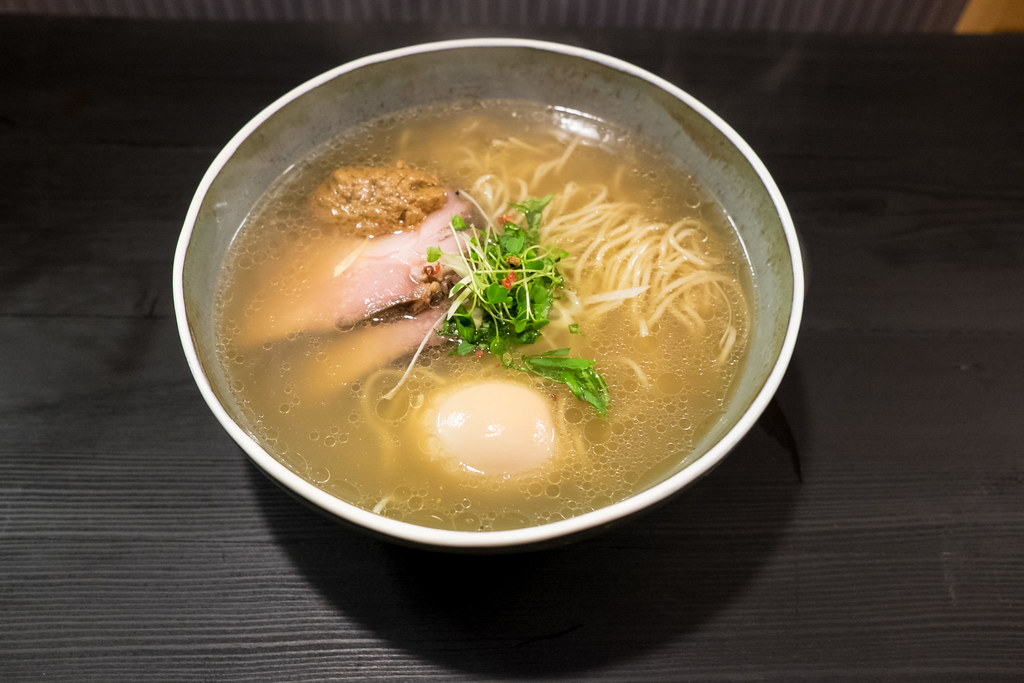 Shio ramen heaven. Prized local pork meets imported Japanese ocean products. I should know, I smuggled in two duffel bags of dried shrimp and scallops. I say smuggled, but for the sake of conversation, let’s say that I brought in exactly 20kg, the amount you are legally allowed to carry across borders into Denmark.

You’re hit with these flavors on the first sip. Ocean umami, amplified by the glutamate acids in kombu seaweed. The basis of amazing bowls like this. And while the base is legit, Slurp goes the extra step. The paste on top is made from cep mushrooms. Often compared with Italian Porcini, this secret ingredient adds another layer of umami.

The noodles, made in-house, blend Japanese with local organic Borneholm flour. They also add a pinch of freshly ground rye to give the noodles a heartier flavor. 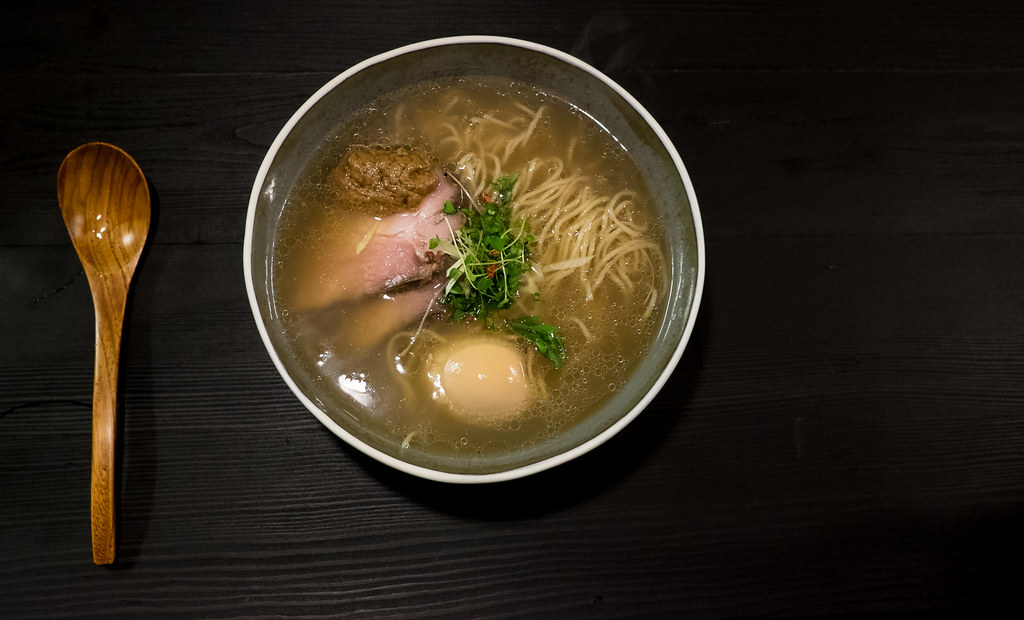 With the Japanese flavors come some of that Danish design. The bowls are handcrafted works of art. The shop is clean and angular, with the wood from the rafters matching the wood on the original stools. 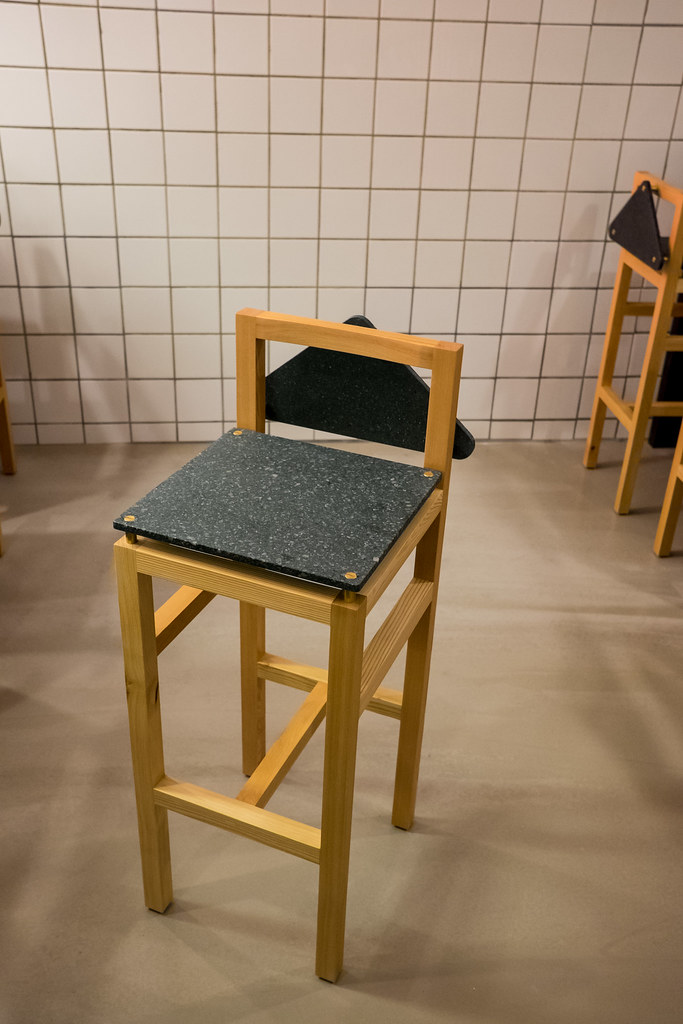 Since opening, the shop is a hit. Their menu is minimal, with four kinds of ramen and four starters, one of which is a monthly special. A nice blend of Japanese style quick-slurp and Western-style relax.

I only had a chance to have the shio, so I’ll be back for the rest someday. Copenhagen is an amazing city, and I would love to visit the region in the warmer months of the year. 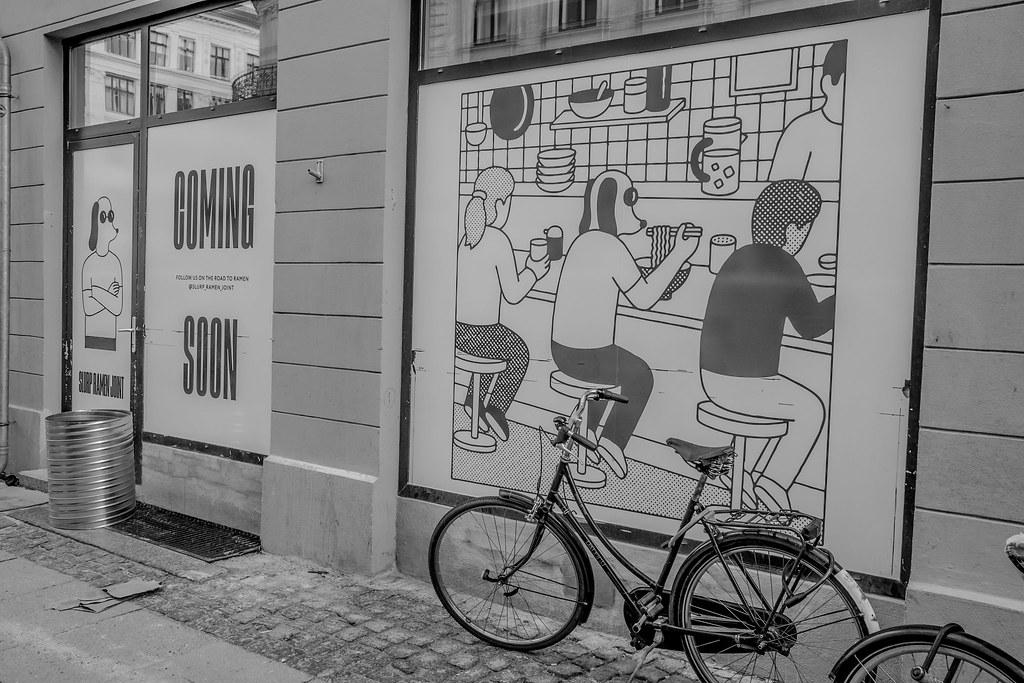 For hours, please check their site.

F3 Well, this was random. That's Namae-san, the chef over at L'Effervescence. If you've never heard of this restaurant, I'll…

Mikkeller らーめんとビール Most beer fans have nothing but praise for Mikkeller, and I am among them. Mikkeller started in Denmark…