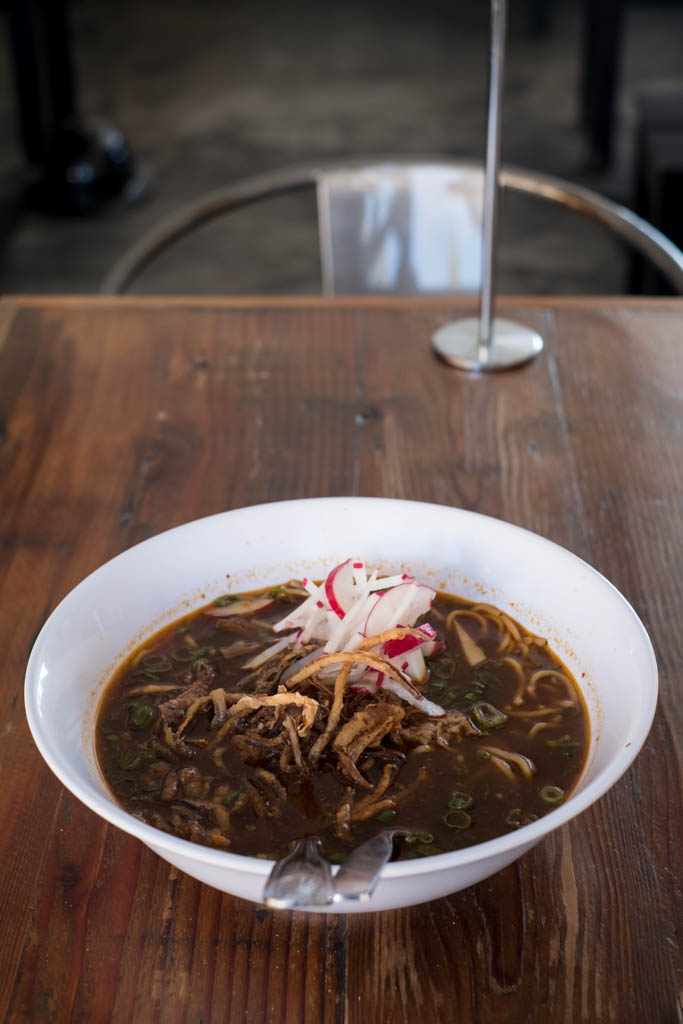 I’m always down to try something new and interesting, even if it can be considered a culinary crime. I’m not as bad as my Italian friends, who cry real tears at the sight of pineapple on pizza or cream added to carbonara, so who’s to say ramen noodles in Mexican soup isn’t bad? 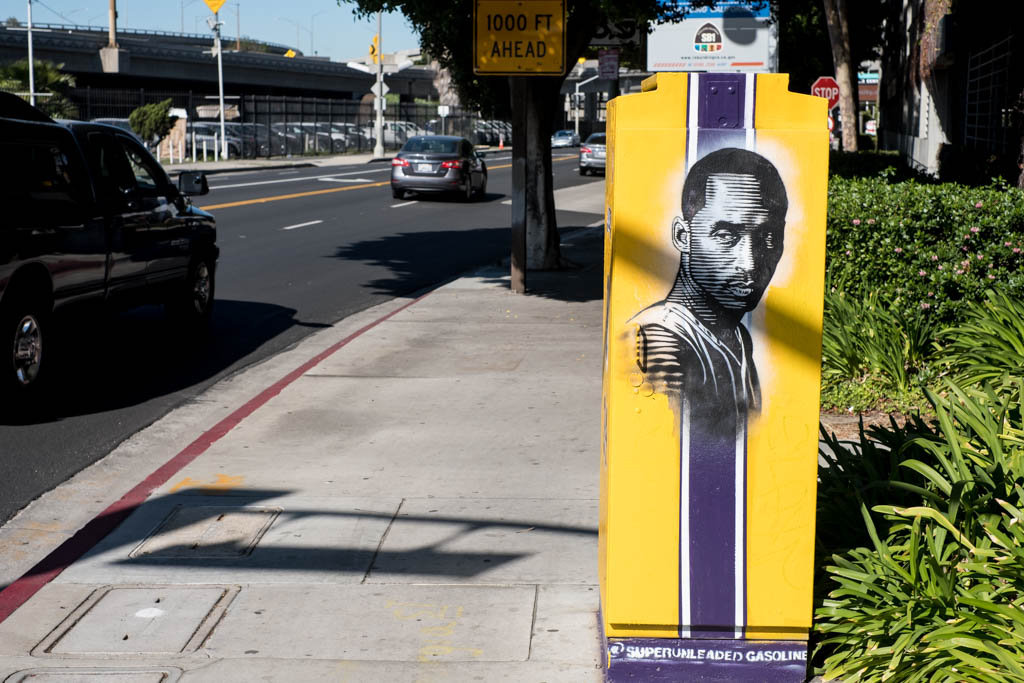 I walked from downtown Los Angeles, just next to the Staple’s Center, to L.A. Birria. It’s a strange area. Skid Row, one of the worst places in town is now surrounded by trendy high rise apartments. I stayed with a friend in one of these new developments. From the 10th floor outdoor barbecue and pool deck (with attached training gym), you could see homeless people smoking apple jack down the road. An unnerved Asian man was swinging what looked like a knife. My friend called the dedicated hotline for this kind of situation. 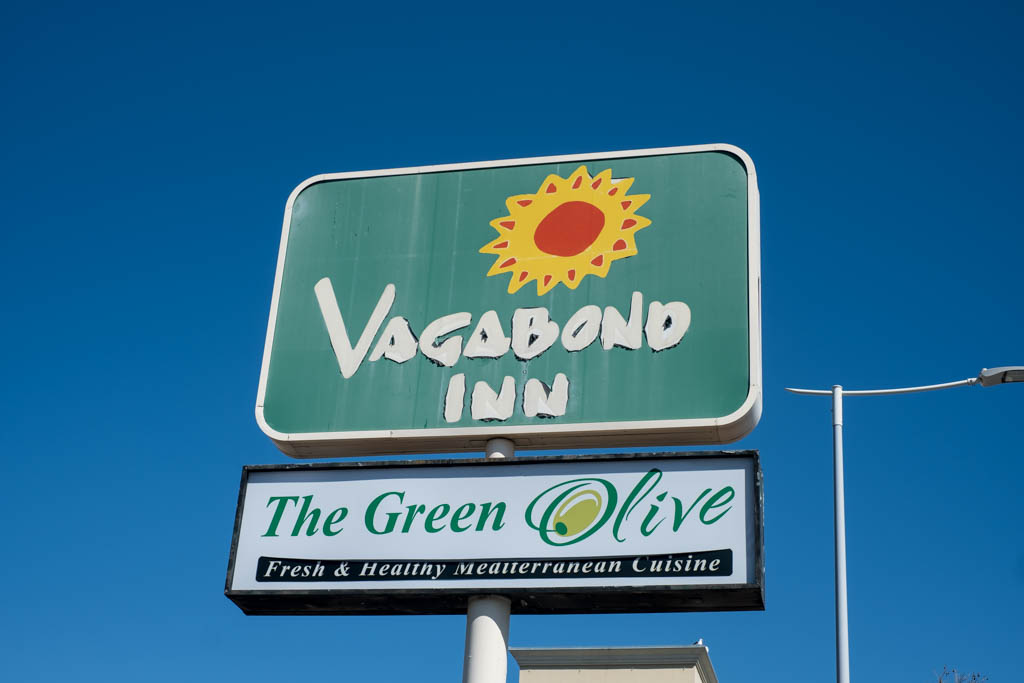 Memories as I walk down the roads of LA. I spent five years here for university back in the late 90s. I definitely miss the influence of our southern neighbor on the food map. Mexican food, from traditional to progressive to Tex-Mex, it was all here. 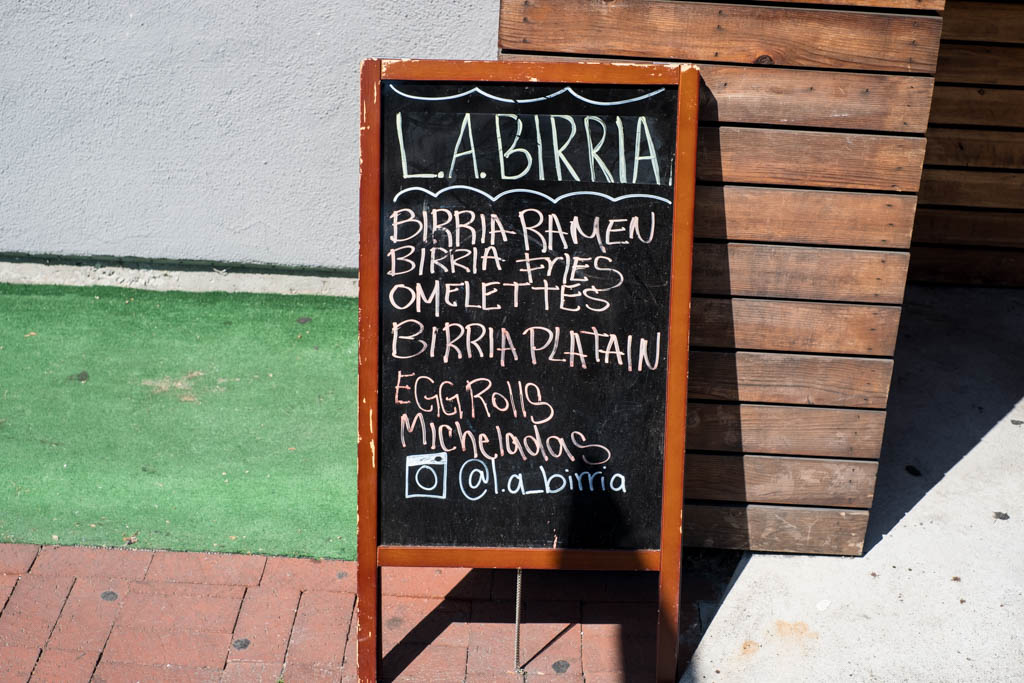 What is birria? The soup version of birria originated in Jalisco state, Mexico. Traditionally made with lamb, meat is slow-cooked with herbs and spices until tender. Ancho and guajillo chiles are common. It is considered by many to be a celebration food, and in the past, I could only find it on weekends in my native city of Belmont, California. I used to drive down to some spot in San Mateo and get a bowl of birria or menudo almost every Sunday. 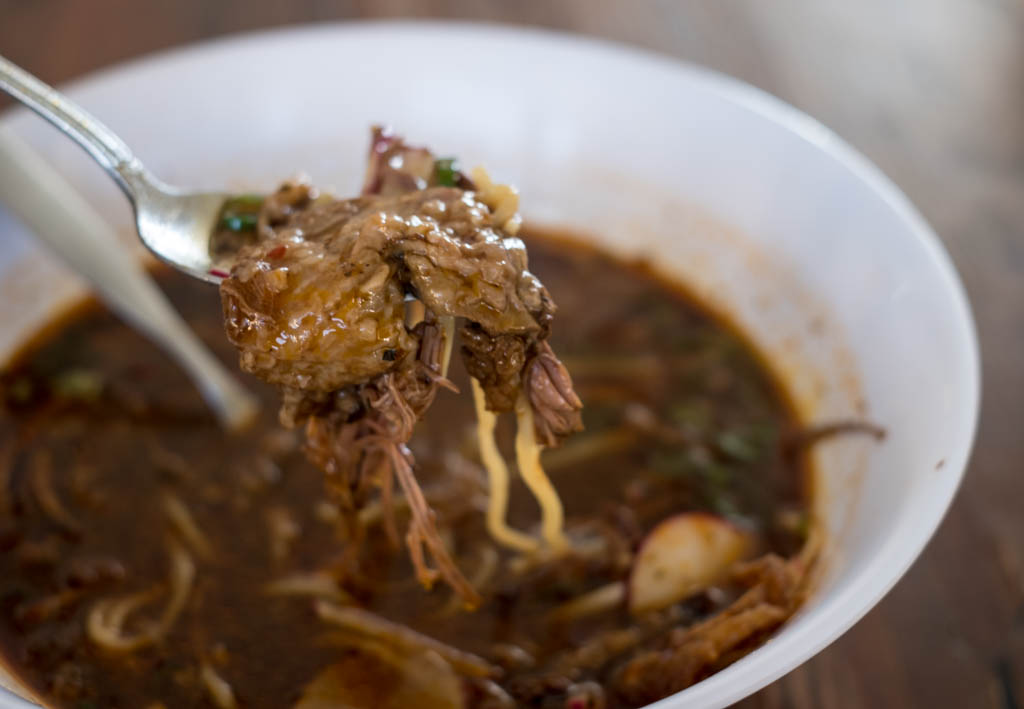 Josue Eduardo Anaya and Kevin Oajaca started L.A. Birria as a stand on the corner of Adams and Crenshaw. Serving birria de res as a filling for tacos, they quickly grew a following and were soon serving up over 1000 tacos a day. Just writing this makes me miss taco stand tacos so much. Roll in, eat a bunch of tacos, and move on. So easy. So affordable.
The stand worked. So much so that they were able to move into a brick-and-mortar restaurant. Kind of. The Green Olive is a Mediterranean restaurant, and L.A. Birria occupies half the shop. The owners had worked at a “prominent Japanese restaurant empire” in the past and used their knowledge of ramen to make a new dish. Scouring the Internet, there isn’t much info, apart from many, many Instagram posts of the stuff. It may have originated at Cocina Los V, another taco stand. It may just be instant noodles thrown into birria stew. It may use noodles sourced from Sun Noodle. 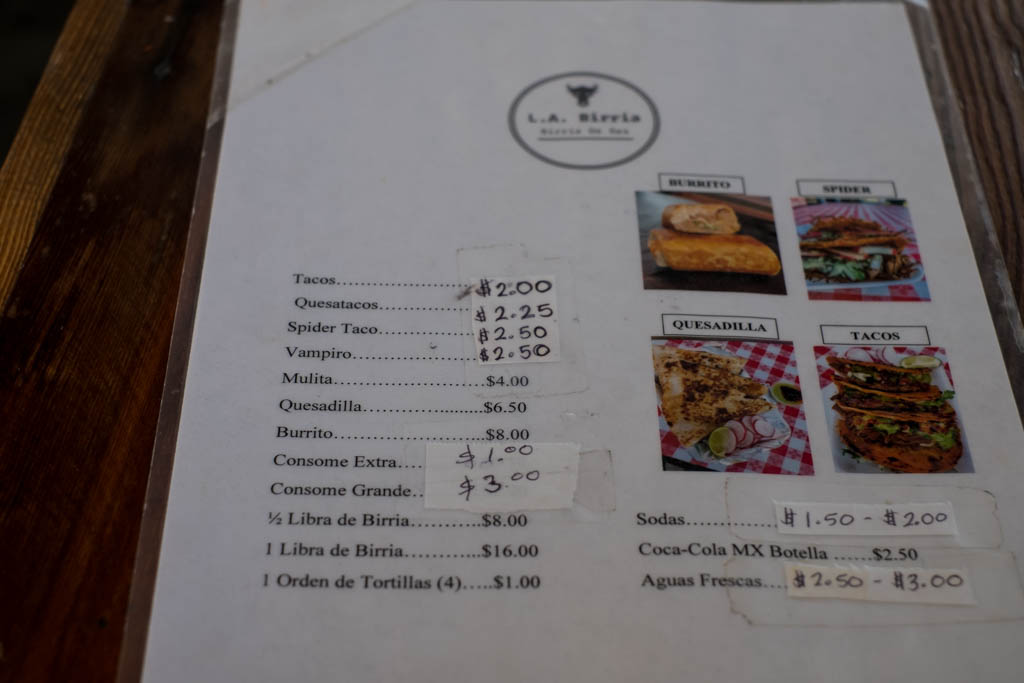 Regardless of the short history of this dish, I can’t actually tell if it is popular. The Internet (again with the Internet) makes it seems that we need actual rankings of birria ramen in Los Angeles. The shop was almost empty except for a group of guys, one of whom looked a lot like A$AP Rocky. I overheard them say something about private jets, so it’s possible.
Oh, you want my opinion on birria ramen? The soup was on point. I don’t think noodles add anything to the equation. I would have preferred a tsukemen with some really thick noodles or even a mazesoba with some really thick noodles. The tacos looked amazing, but I was saving room for another bowl, and tacos de res (they become reddish in color from being fried in their own spicy lard) was too much for me to handle. 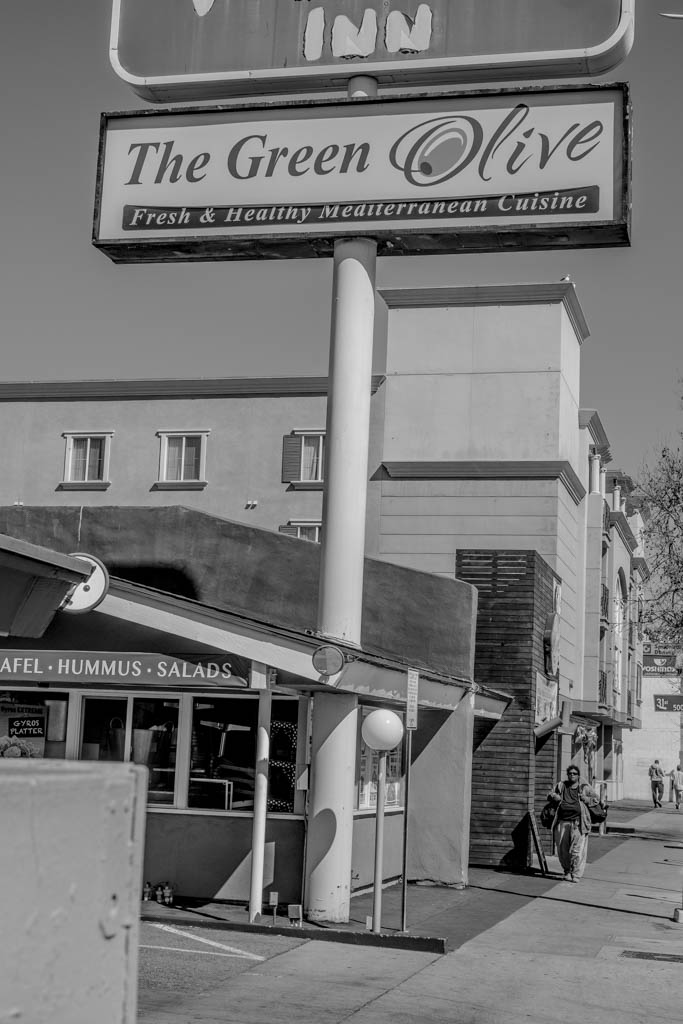 Okiboru House of Tsukemen In LA's Chinatown, a noodle shop made waves in 2019 by being the first to receive…

IKI RAMEN 粋   February 2020. Word of the obscure bird flu in Asia was barely a talking point in…