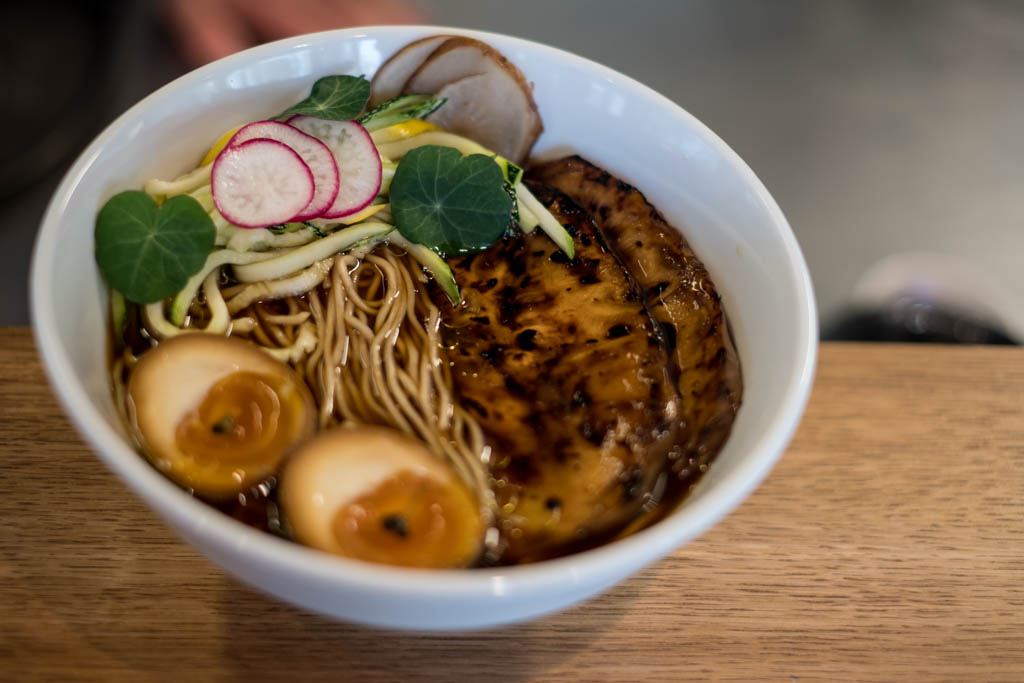 I’d heard years ago of a true Nordic ramen pop-up in Copenhagen. A place using locally foraged vegetables, Scandinavian-style fermentation, run by an American-Norwegian microbiologist. This pop-up then went on to open as a shop in Oslo, Norway. Hrimnir Ramen. The name is a Nordic word meaning charred over soot. A fairly Norweigan death metal name for a fairly rad ramen spot.

This is Will, the sous chef and master fermenter. David Quist, the chef-owner of Hrimnir was sadly out of town when Philipp Inreiter and I visited. You remember Philipp? He’s the guy behind Slurp Ramen in Copenhagen. We had the bright idea of flying to Oslo in the morning, crushing ramen, local food, and craft cocktails for the day, then heading back. The whole trip was anything but smooth, turning into a bit of a comedic tragedy by the end. Nothing opens before noon, and our timing was positively jacked because of this cultural fact. The whole thing is worthy of a YouTube video, of which I will be making sometime soon. Stay tuned. 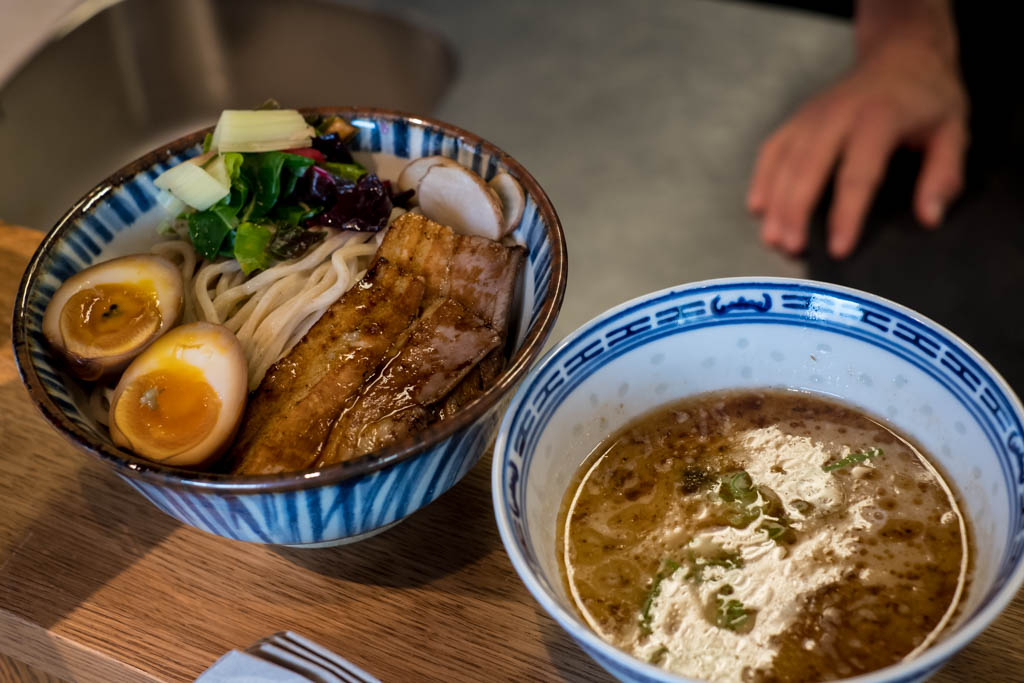 I suspect the menu is constantly changing here. We tried the tsukemen bowl and the vegetarian bowl. Tsukemen is an organic hen paitan soup with a bit of local smoked fish for added umami. Almost everything that went into this bowl is locally sourced. Flour from Agrossist. Pork from Annis Pølsemakeri Mathallen. Swiss chard from Losæter.

The Vegetarian deal was made with a smoked cerelac soup and unique local vegetables like sunchokes. One of the most fragrant vegetarian bowls I’ve had, mainly from the aromatic koji oil. Poking around social media, this one is quite popular. 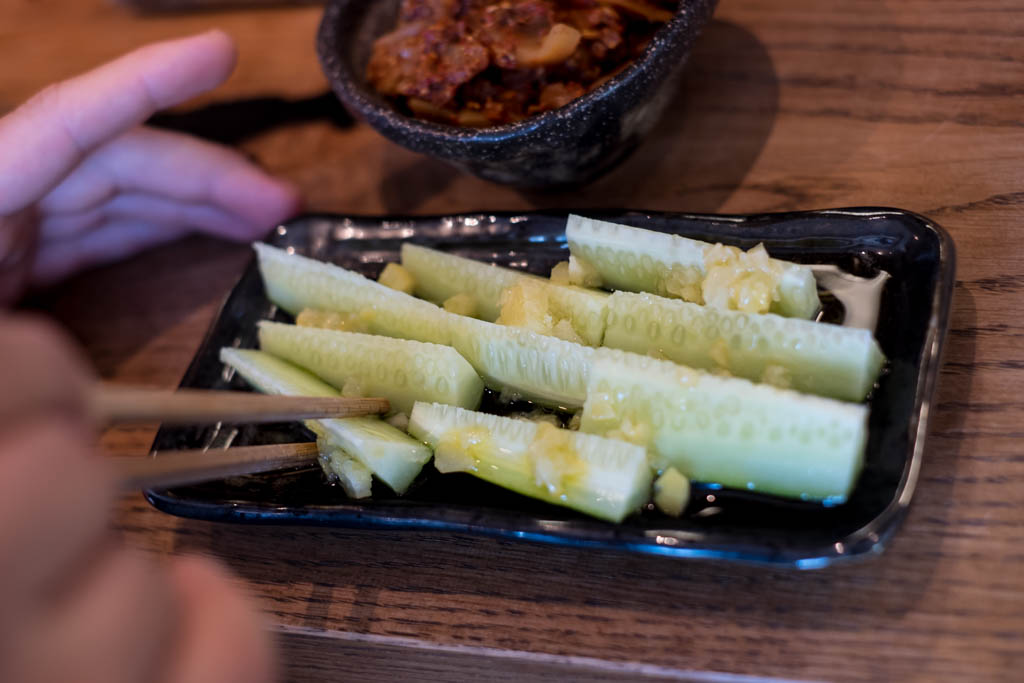 Appetizers are fun, playful, and random. What I mean is that I expect this part of the menu to change with the seasons. As someone who obviously releases their content many months after the actual visit, I can only suggest ordering a bunch as a group. 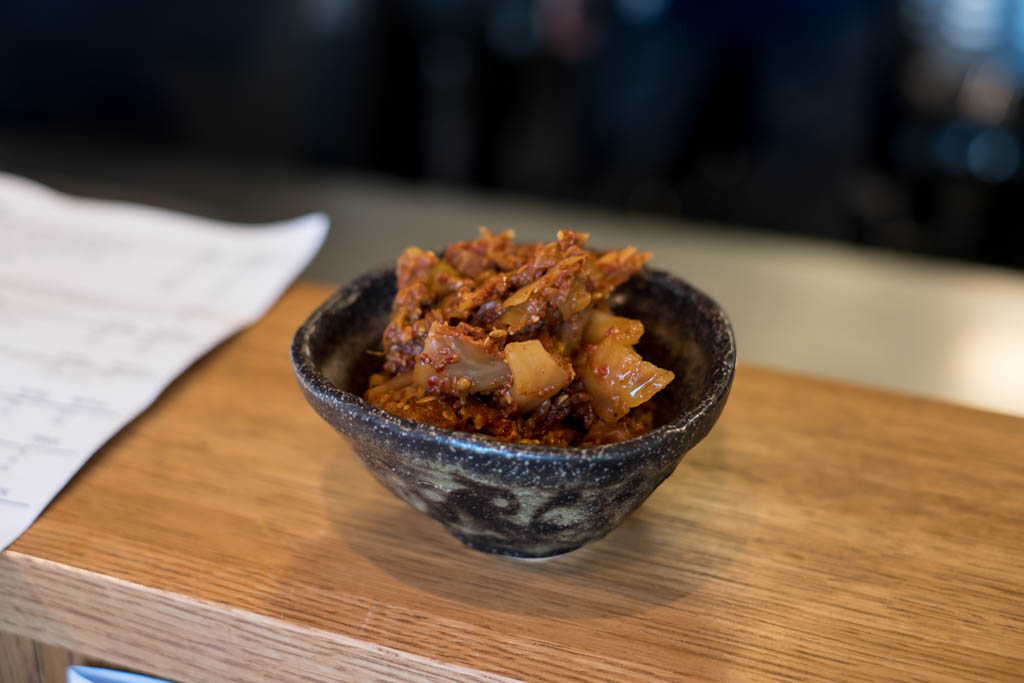 Kimchi made in house. Smoky and intense. 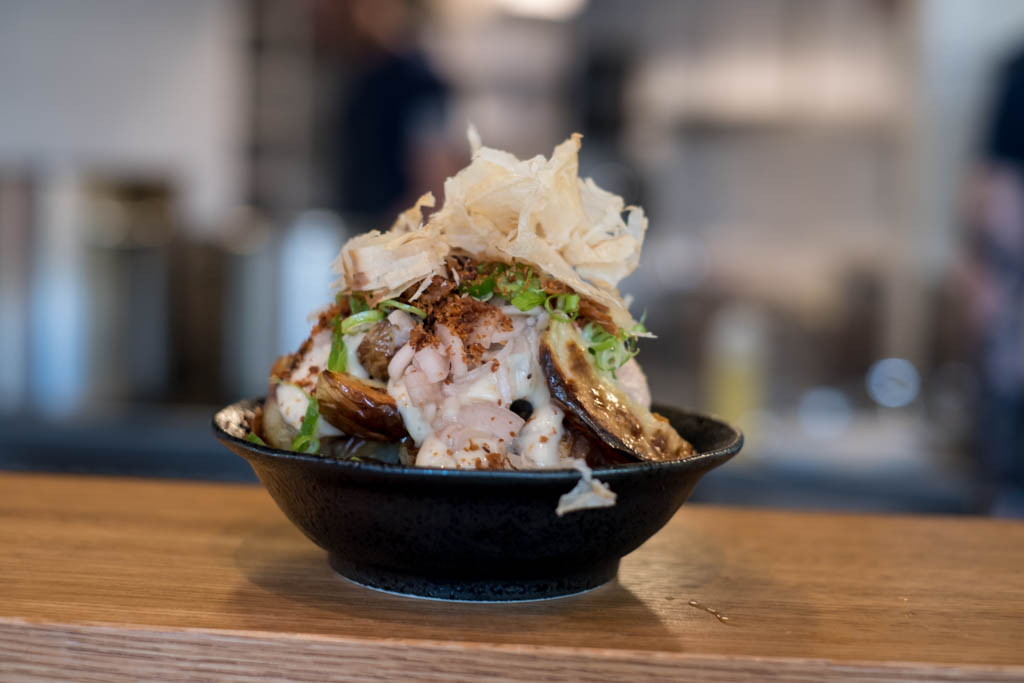 Personally, I’m a weirdo who wants to eat ramen first, doing snacks and booze after, but that’s just me. The potato salad is a bomb of flavors. 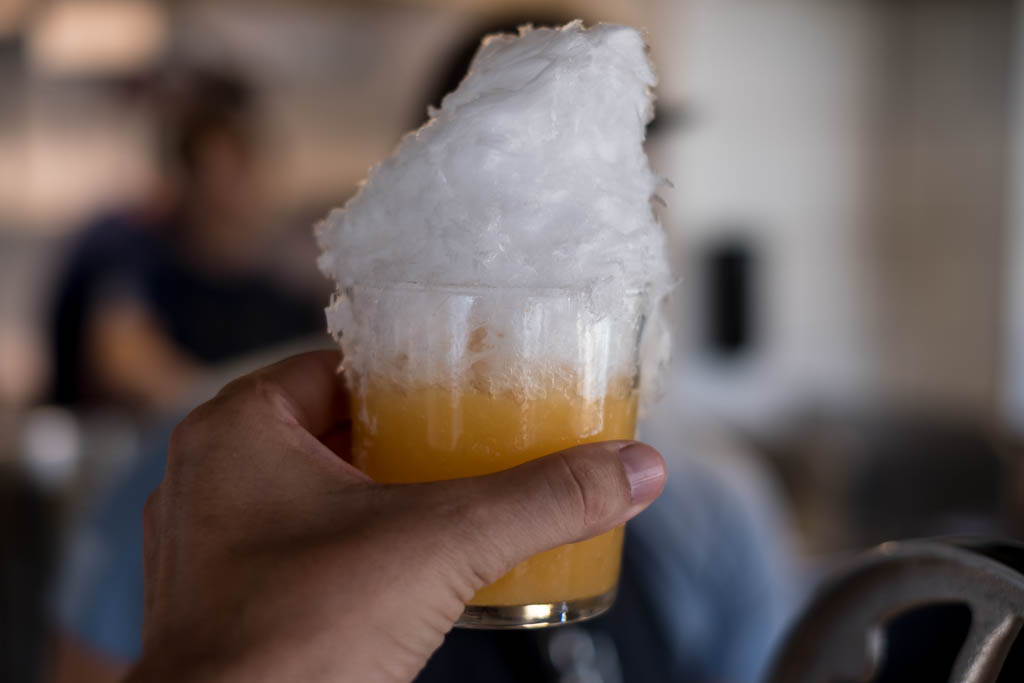 Kakigori cocktails? They sourced a nice Japanese shaved ice machine, and though this is miles away from kakigori, it was shaved well and fun. 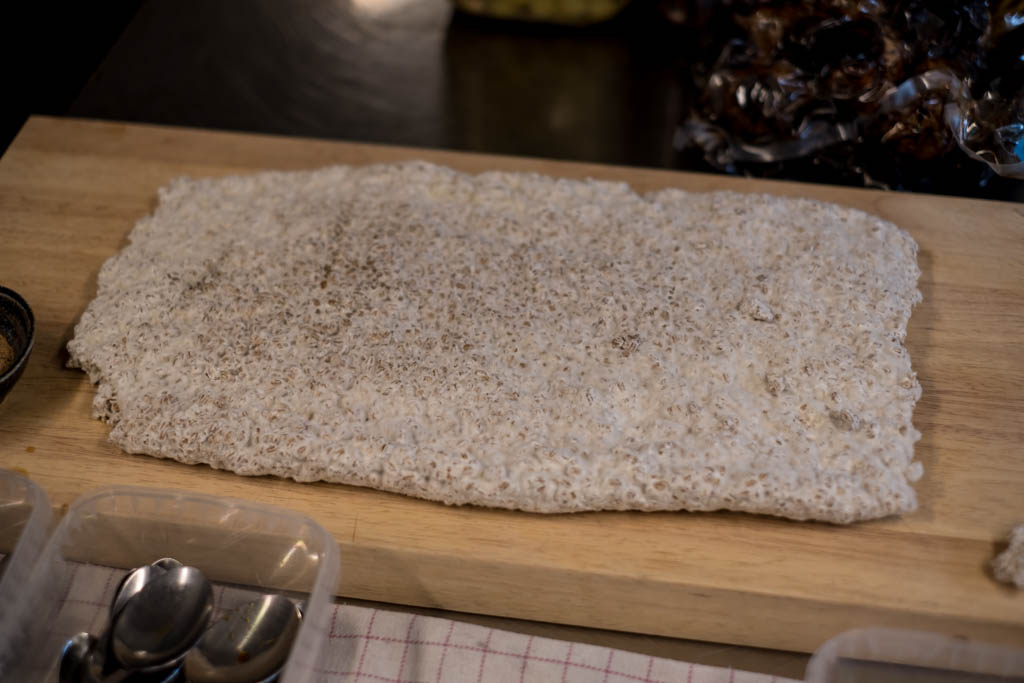 In the back kitchen, where the fermentation takes place, Hrimnir is doing all kinds of magic. Koji mold is grown on barley, ready to be used in more complicated preparations or just sliced up and grilled as an appetizer. 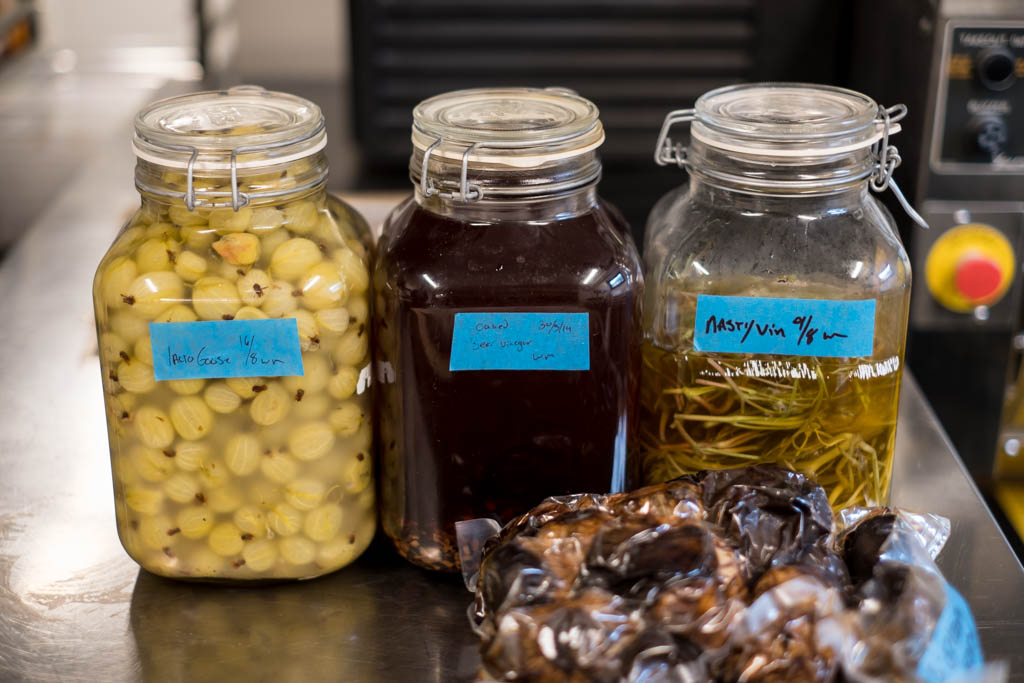 And then there is the “soy” sauce. Soy sauce is traditionally made by soaking roasted soybeans with wheat and salt in water. Spent coffee grounds are a kind of roasted bean, right? If you don’t believe me, you’ll just need to try for yourself. Side note, the coffee grounds are from nearby Tim Wendelboe. 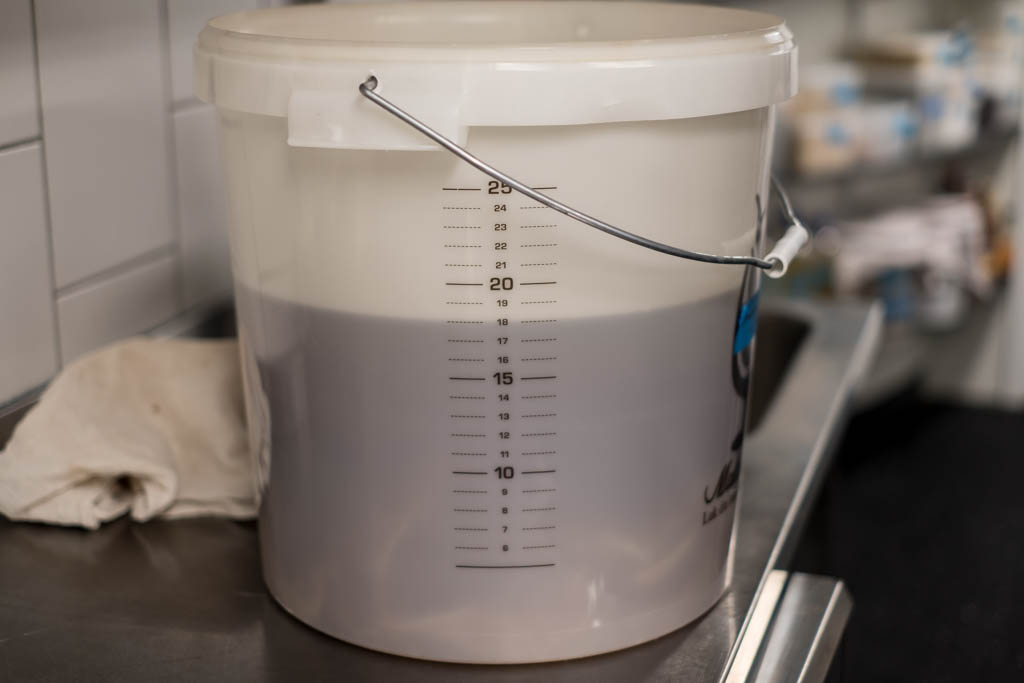 If you watch (ed) my YouTube video about Hrimnir, you’ll know that the final bowl was done takeaway. Personally, I’m not a fan of the concept of takeaway or delivery ramen. I’m also not a fan of debating this with anyone. I do, however, make an exception with mazesoba, any kind of soupless ramen. Fortunately, this soupless tantanmen held up quite nicely, at least until midnight or so. The icing on the cake of an 18-hour ramen day. 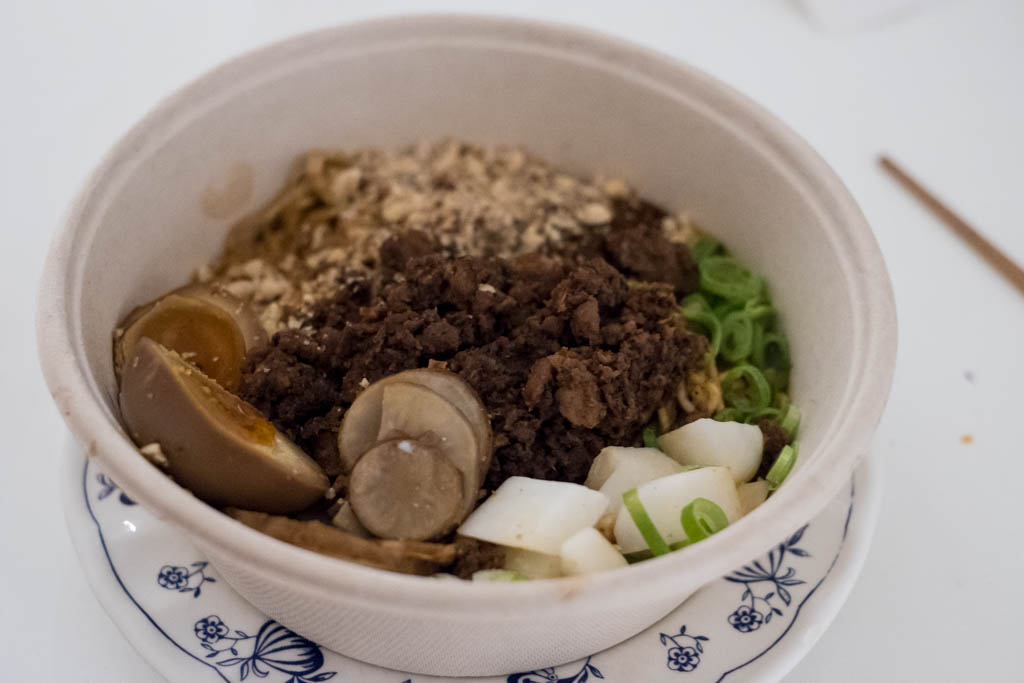 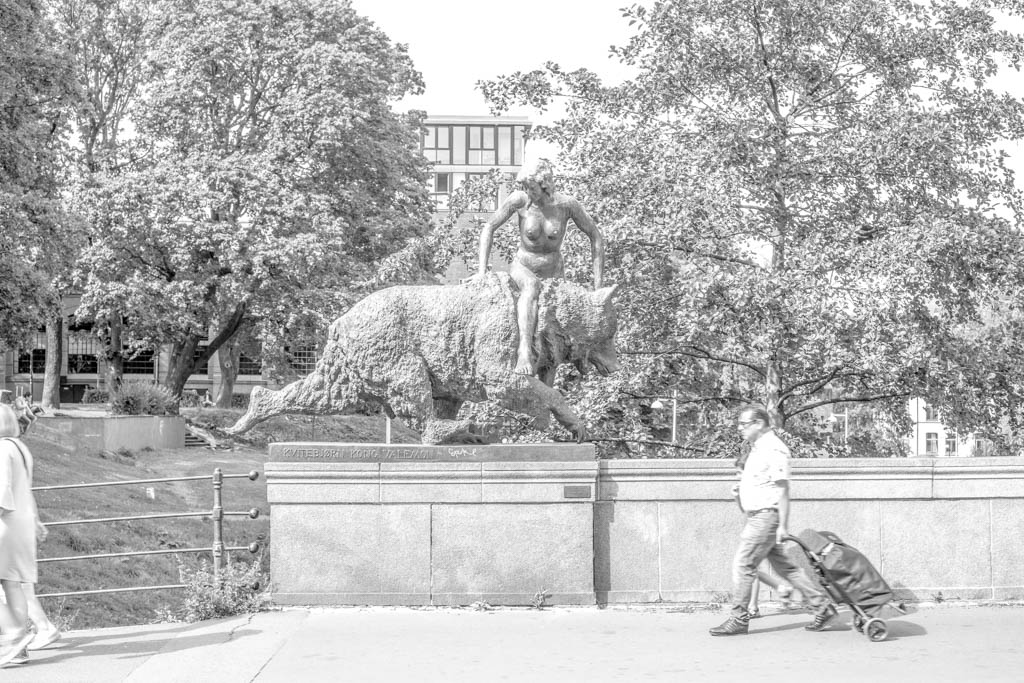 Kodawari Tsukiji Back to Kodawari Ramen in Paris! In 2016 they opened their first spot over on the Left Bank…