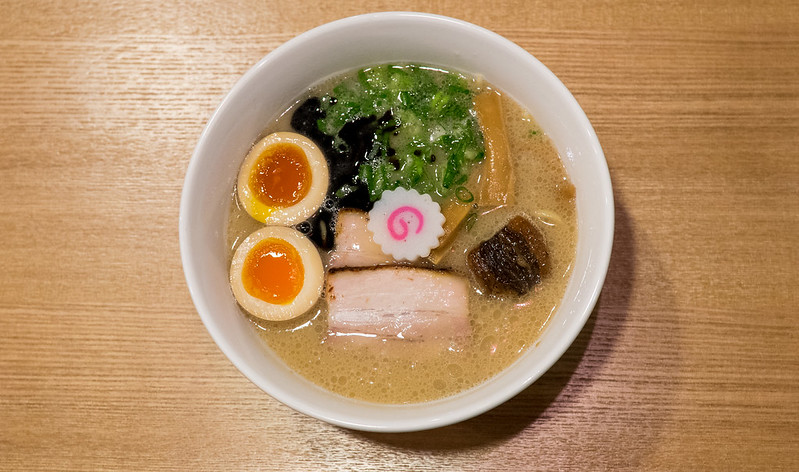 The Shin-Yokohama Raumen Museum is on a roll. In a move that is one part global ramen ambassador, and one part brilliant business move, they have focused on not only spreading ramen information beyond Japan, but bringing outside influences in.

Maybe the first was IKEMEN, by way of Hollywood, California. Next was Muku, a ramen shop from Germany. Then Narumi Ippudo made its way in, heavily influenced by French techniques. All of these shops, though very foreign, were creations of Japanese ramen chefs who either live abroad or just want to try their hand at creating a new style.

I was privy to a press only pre-open event. The only problem with these events?

All the press! I wanted nothing more than to sit down with Luca, talk ramen, and enjoy myself. But the cameras weren’t letting that happen. Turns out, though we had never met in person, that Luca Catalfamo was heavily influenced by Ramen Adventures, and used much of my site to guide himself on a ramen adventure of his own.

This is one of the reasons I take Ramen Adventures seriously. Though I take no credit for the success of the many ramen chefs who I have met through the years, I feel a little something special when they go on to do great things. 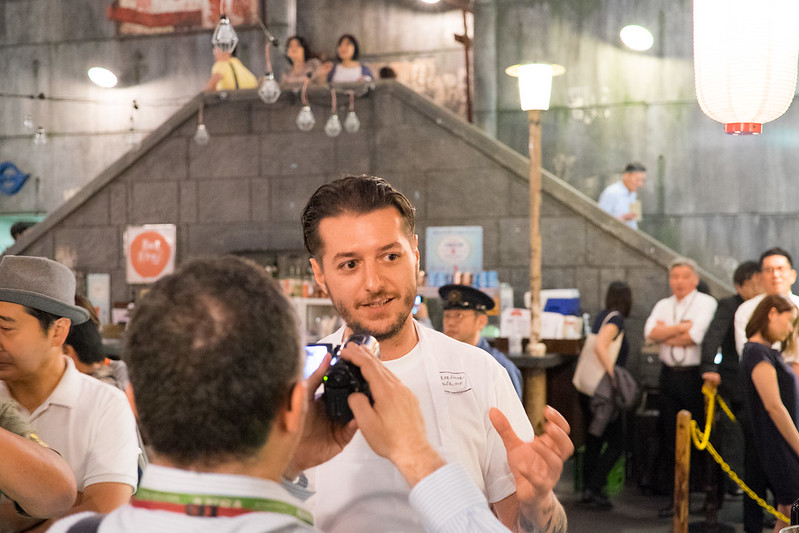 So with about eight TV cameras in my face, I set down to slurp a bowl.

What makes Italian ramen? This is a straight tonkotsu ramen at heart, but there are a few subtle differences. The biggest is the noodles.

A blend of Italian pasta flour and Japanese flour, they are denser and a bit different from standard ramen noodles. The soup has hints of olive oil, and the tare is lighter than you might expect. Less initial impact, but plenty of nice aftertaste. The toppings take a page from Italian pancetta; slow cooked pork flavored with Italian salt. 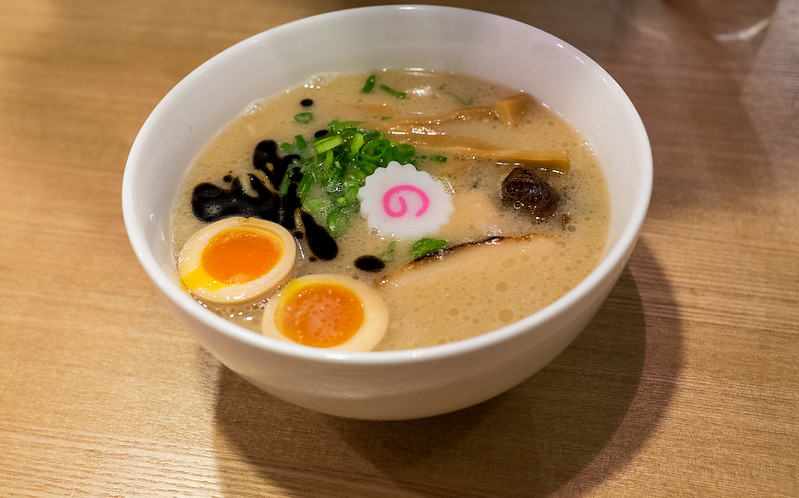 Overall, this bowl works. The toppings are top class. Go for the King Tonkotsu Ramen on the menu to get the works; egg, chashu, and an intense piece of kakuni stewed pork. 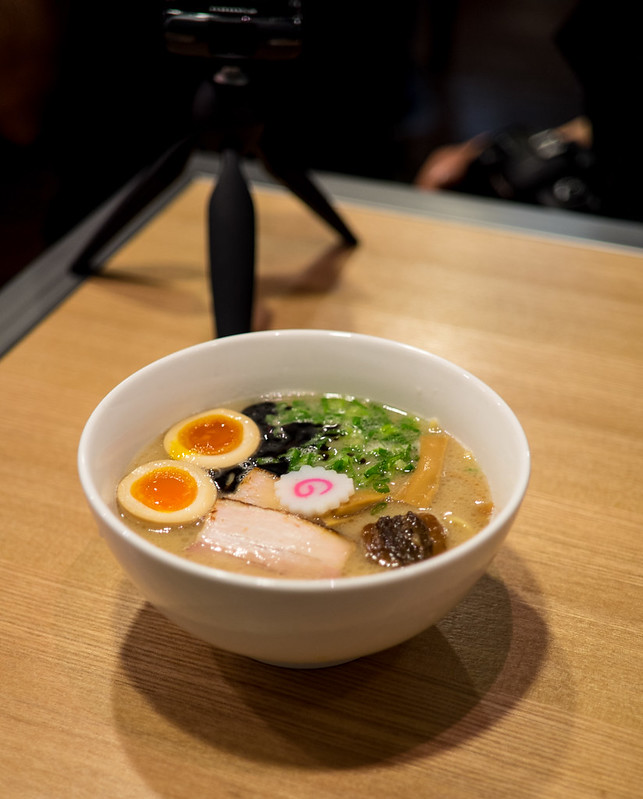 There is also a soupless mazemen on the menu. 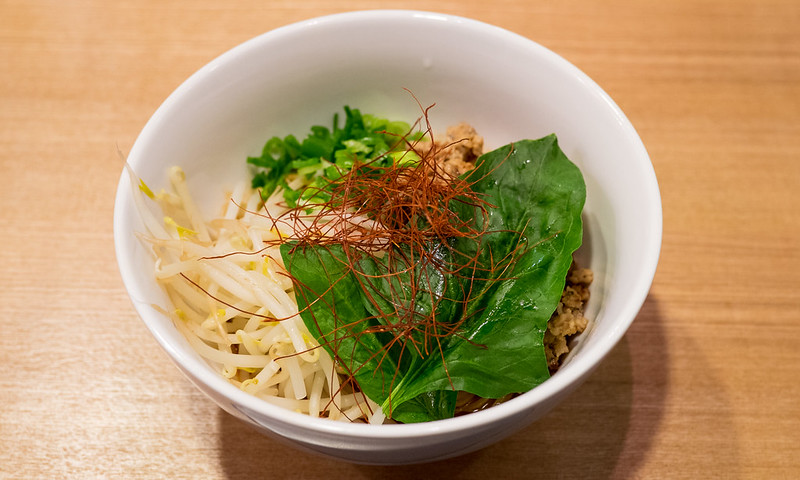 This one was oily, spicy, and full of flavor. The noodles matched very well on this one. 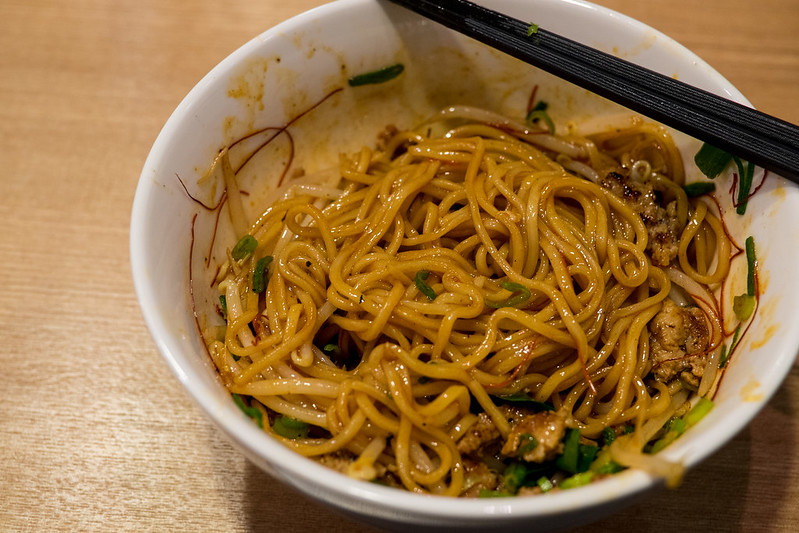 While Luca himself will only be around for a few weeks, the shop should be at the Raumen Museum for a year or more. 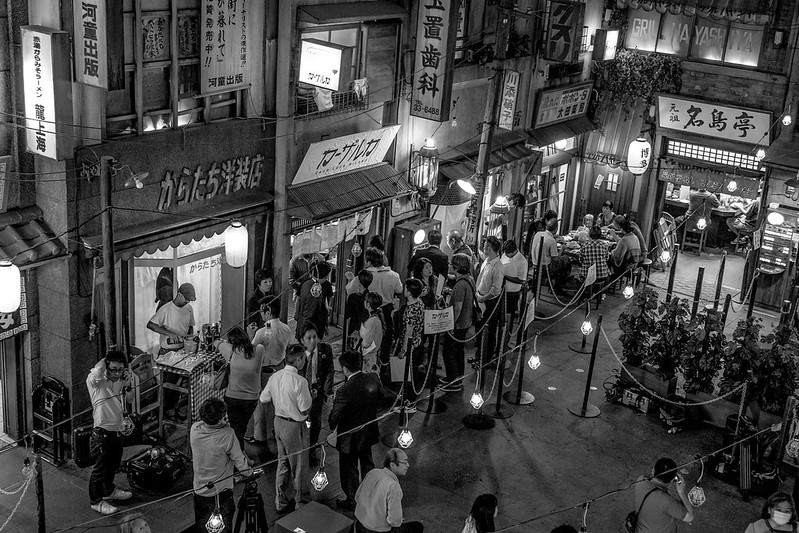 Official Site of the Museum Here

アボカドのカラシビ冷やし麺 Summer is upon us, and that means all your favorite shops are doing limited chilled ramen dishes. Called hiyashi in…

Jiraigen X Rabo Should I post about long-gone gentei bowls? Sure, why not. If anything, a solid gentei limited offering is a…