Well, the 2013 Grand Tsukemen Fest is finally over this week (November 6th, 2013). Twenty-four shops made the trek out to cook, serve, and compete in the all-tsukemen fun. My ranking for the fourth week is as follows: 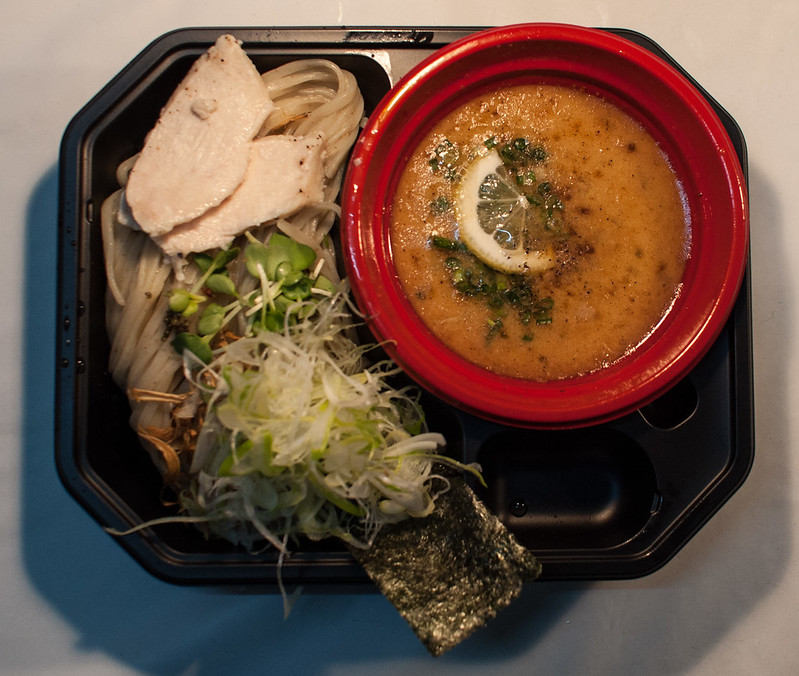 錦本店 – Nishiki, from up north in Akita Prefecture, brought an awesome bowl of thick niboshi tori paitain. Made with primo chickens (Akita is famous for their Hinai poultry) and primo niboshi (Akita is also famous for their seafood), this was probably the best local-flavor bowl of the show. 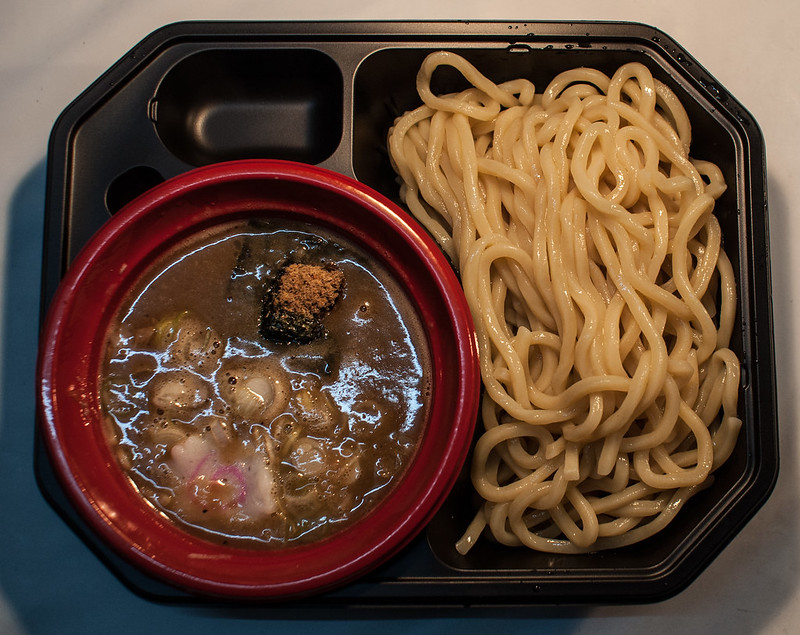 六厘舎 – Yes, Rokurinsha came with the same thing you can get 15 minutes away at their brick-and-mortar shop. But there is a reason Rokurinsha has been such a dominant force on the tsukemen scene; it is the perfect blend of thick pork and smoky fish. Homemade noodles put this one over the top. The plastic bowl knocked it down a notch. 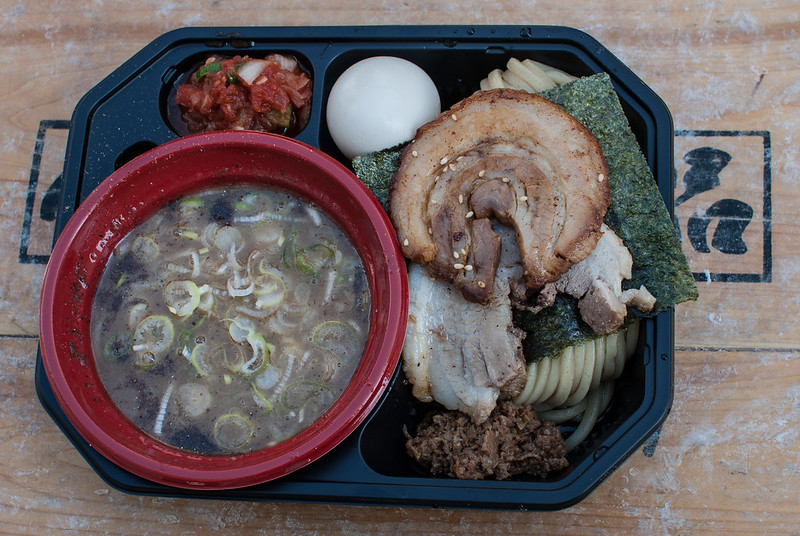 中華蕎麦サンジ – Almost everything about Sanji’s bowl was perfect. From the homemade noodles to the rich soup with just a touch of beef bones. Everything except the salsa. Who is that for? 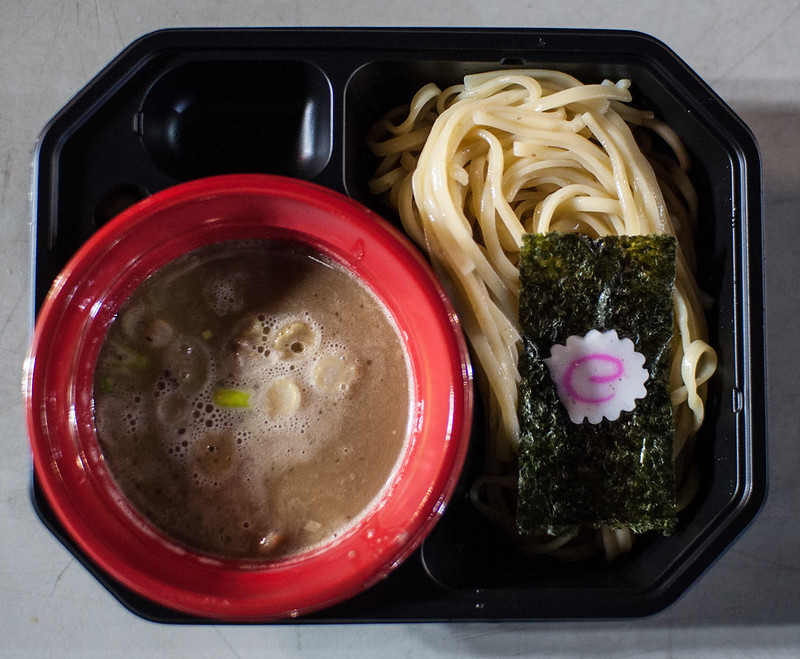 ラーメン人生JET – Jet was super simple. Nothing but chicken went into that soup. Muslims and Jews rejoice, this simple bowl from Osaka is just what you need. 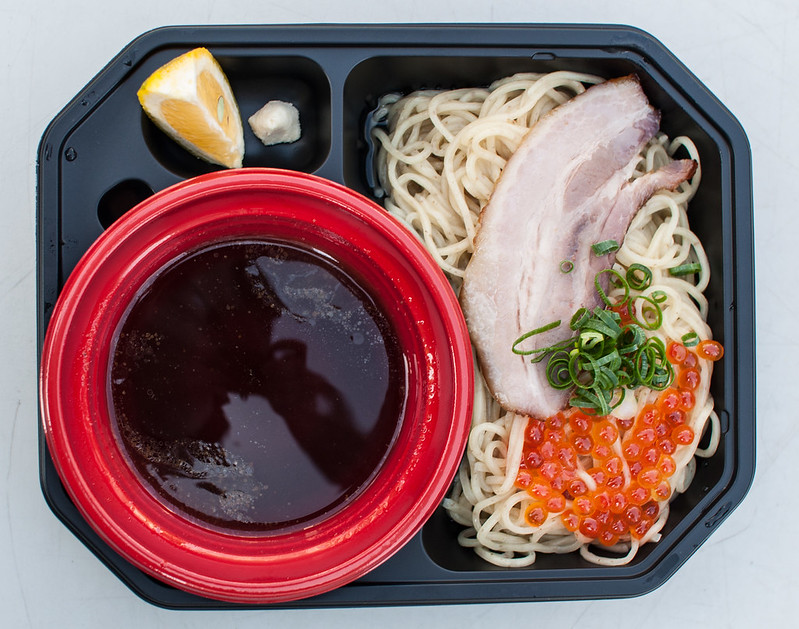 支那そばや – Shinasobaya’s master, Sano-san, is a legend in the ramen world. So much so that he can kind of do whatever he wants at an event like this. This year, he chose ingredients from all over Japan; Shinshu pork, Usura salmon roe, and Kujo leek. The bowl didn’t impress, though. The ikura fell off the noodles, and their flavor got washed away.

I feel bad giving this a low ranking, because Sano-san himself gave me a cell phone accessory strap when I met him. 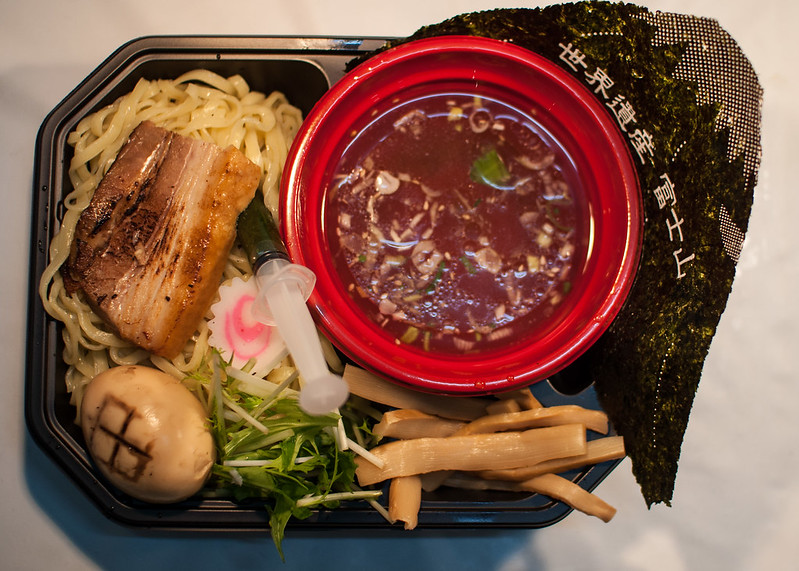 Who will come out on top? Stay tuned!

やぐら亭I went to Yaguratei, which happens to be only a few minutes from my front door, a while back. Go…

Week 3気むずかし家 - Kimuzukashiya really brought it with this surprise winner. Beautiful fried chicken, made from local birds from the…