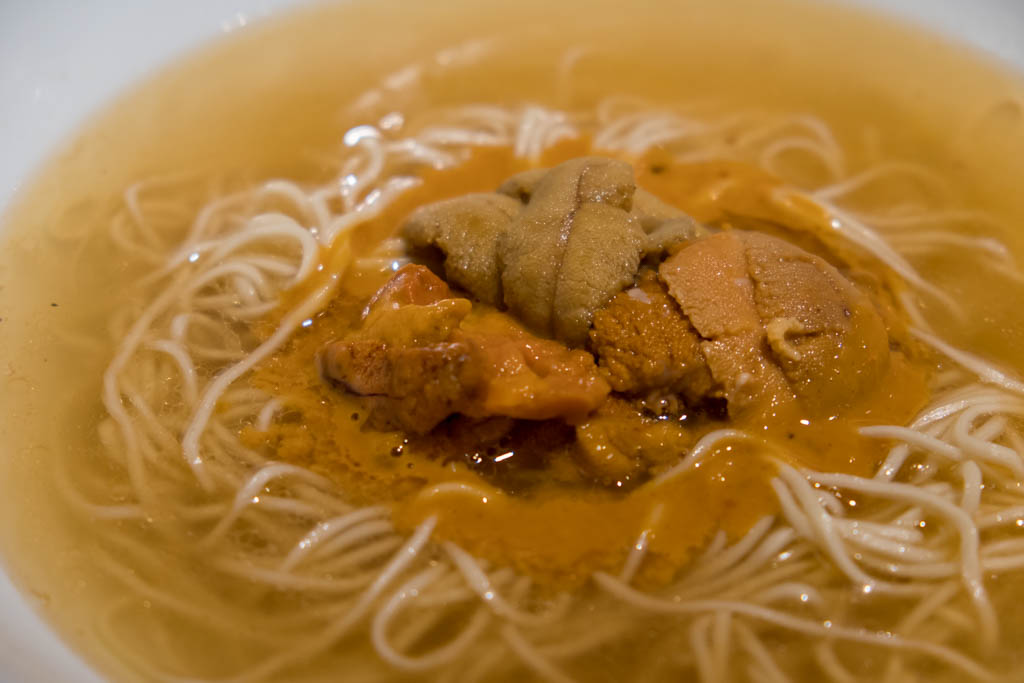 You all know about Kagari in Ginza. The toripaitan shop became one of Tokyo’s most popular shops in the matter of a few years. Lines went from 30 minutes to over two hours. It was insane. Then they closed and moved a few blocks away. It makes sense for someone to take over the old spot.

Maishi took on the challenge. Located in a nondescript alley a stone’s throw from the flagship Apple Store, the shop would be very hard to find if it weren’t for a line. While Kagari had that line thing locked down, Maishi hasn’t really found the same success. When I went, I walked right in. 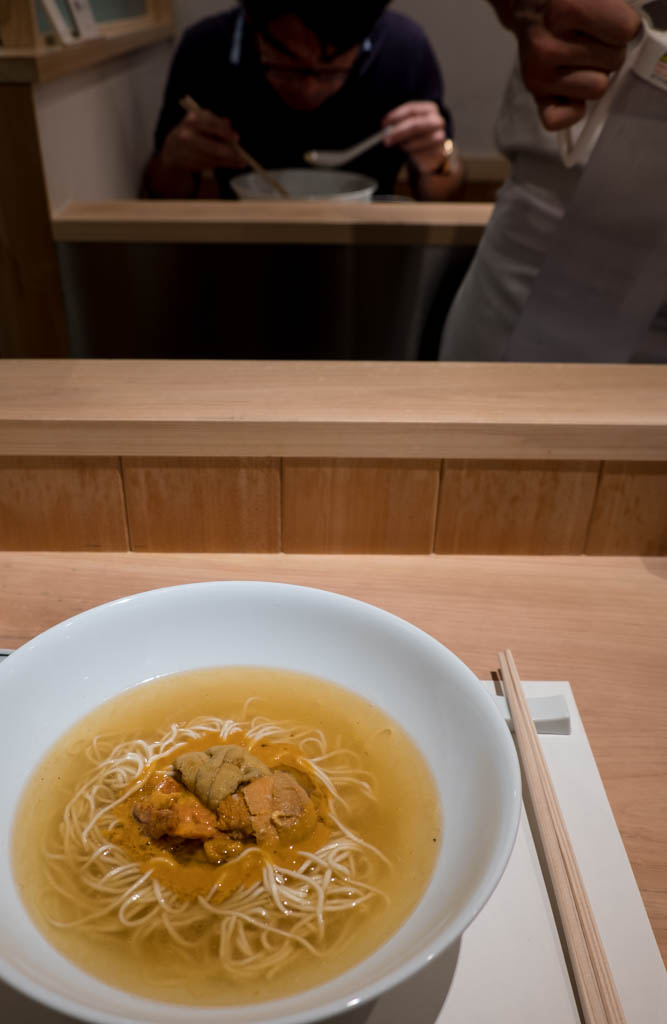 The base bowl is a tai ramen for 1000 yen. A few shops in Tokyo have started using seabream for the light ocean taste. 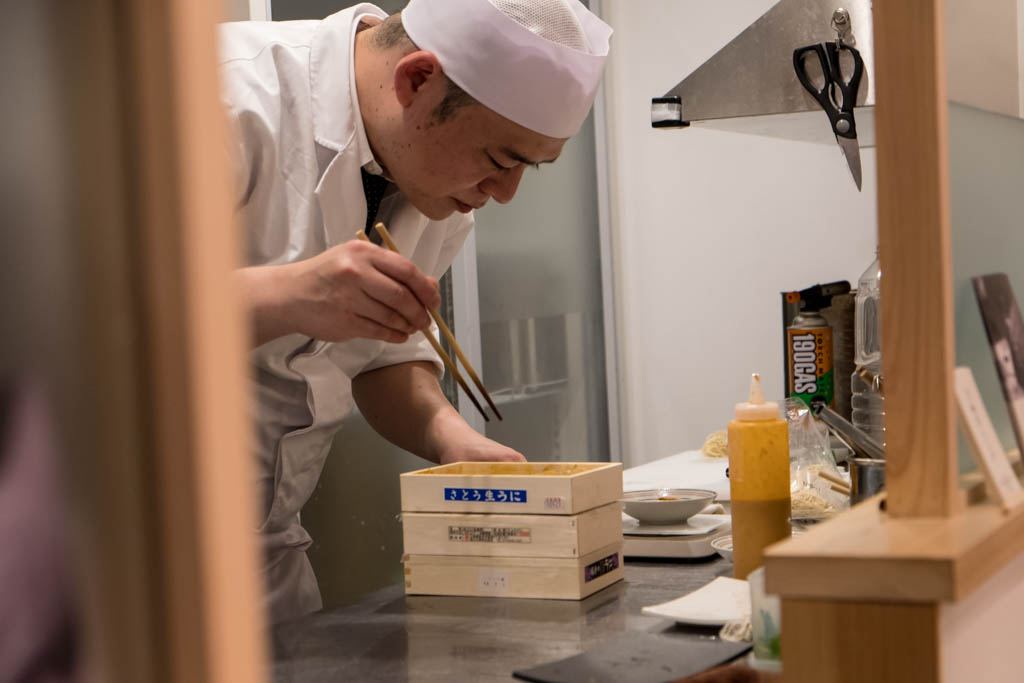 Other choices are that tai ramen topped with 桜海老, 帆立, or 牡蠣. Tiny pink shrimp, scallops, or oysters.

A decent bowl that is certainly photogenic. Personally, though, I prefer my uni on rice.

I think the problem here is that their base bowl is quite nice, but most people will opt for the 2500 yen ($23 USD) uni one. It is too much to pay for ramen, and no one will want to return. Uni on ramen is often a 限定 (limited) offering at other shops and only served on special occasions. 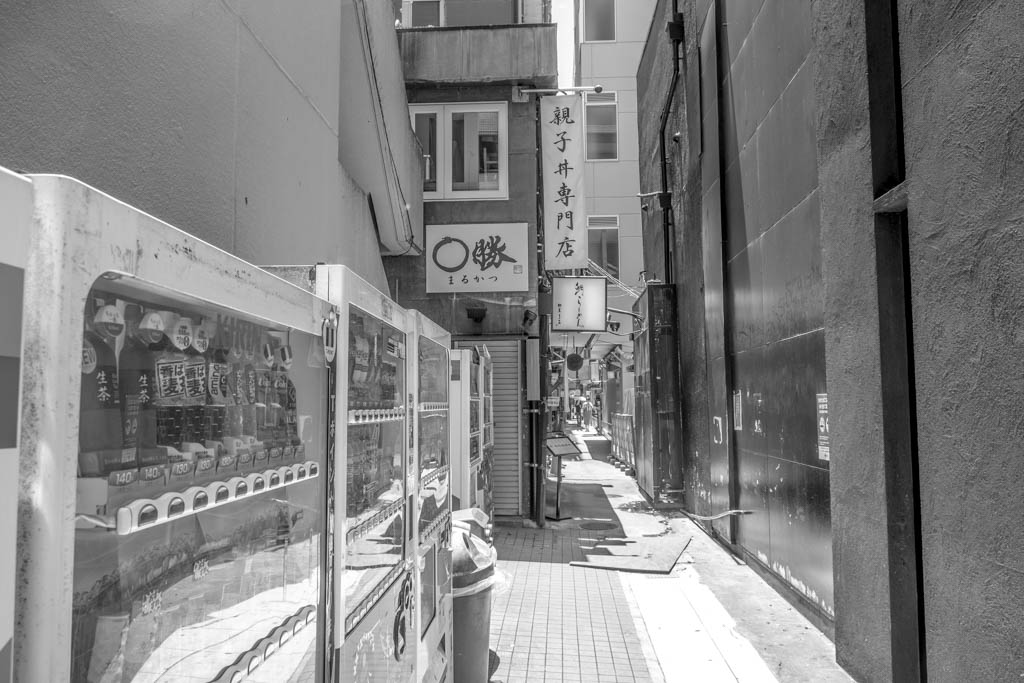 中華蕎麦うゑず Most ramen heads know about Tomita. So much so that in 2018 the documentary Ramen Heads debuted in arthouse…