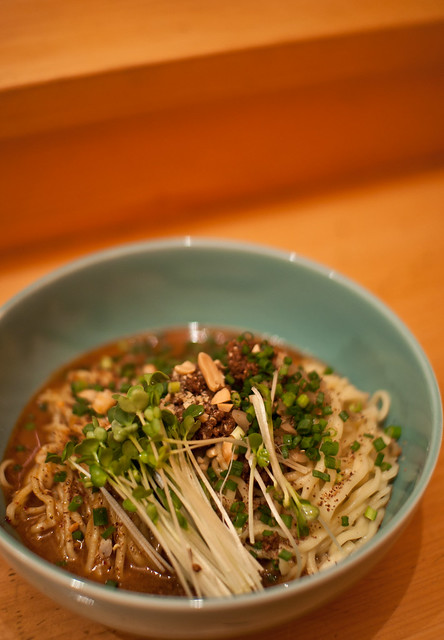 The search for great tantanmen in Tokyo continues. Through a website comment on the last, rather unsatisfactory bowl the stuff, I was led to somewhere that was certainly off my radar. Lashohan in Kanda… never heard of it! 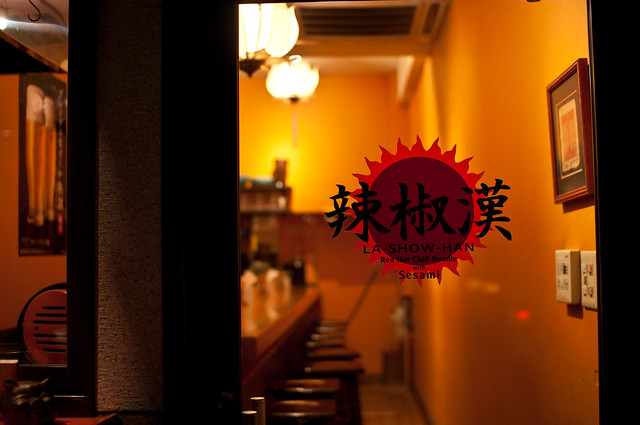 But now you have. And if spicy Si Chuan style noodles covered with shibi pepper is your thing, you should check it out. 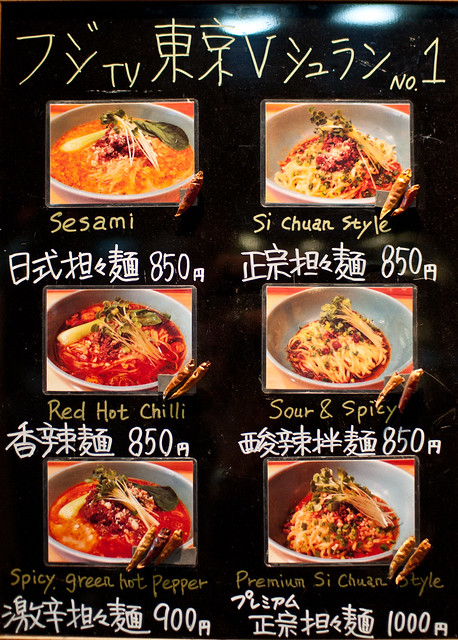 As did VVV6, a popular food ranking show in Tokyo, where attractive TV personalities go around ranking the topic of the day. A couple years ago the topic was tantanmen, and the coveted #1 spot led to 6 months of lines at the tiny shop. Almost 3 years later, you probably won’t face a long line, but the soup might be out if you come late in the day. 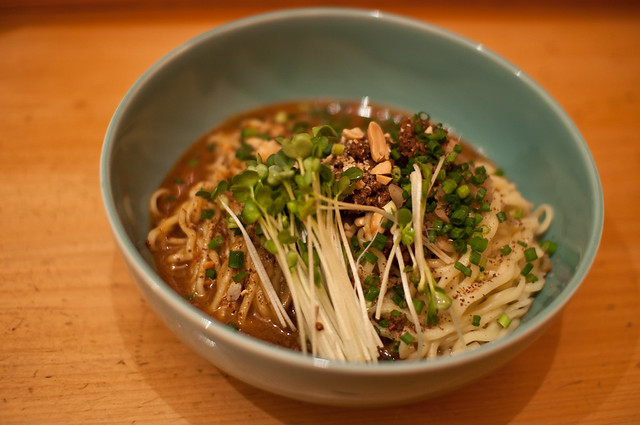 The premium Si Chuan (プレミアム正宗担々麺) is almost a mazemen, with just a little bit of soup. It also came with a warning. Although I don’t consider tounge-numbing sansho to be spicy per se, it can be on the same level of destructive spices as a fiery pepper. So be warned, if you aren’t a huge fan of the stuff, go with the regular Si Chuan. 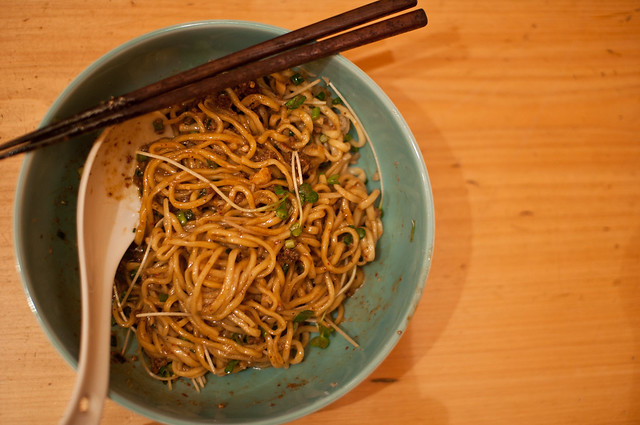 But you should really go for the premium. This bowl was intense. 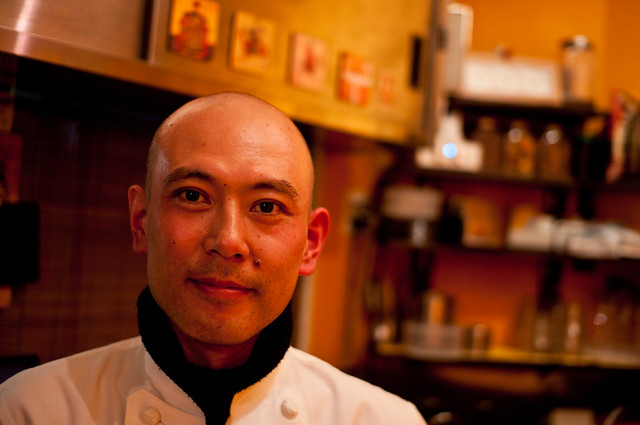 Okada-san, after slaving away as a salaryman in Hong Kong, eating spicy noodles everyday, did what any sane person would do: moved to Tokyo and opened a shop. He said he gets a few foreigners in his shop, most likely due to it being next to a university. He also gets a few ramen maniacs, who almost always come for the above mentioned bowl.

Check out my video review! 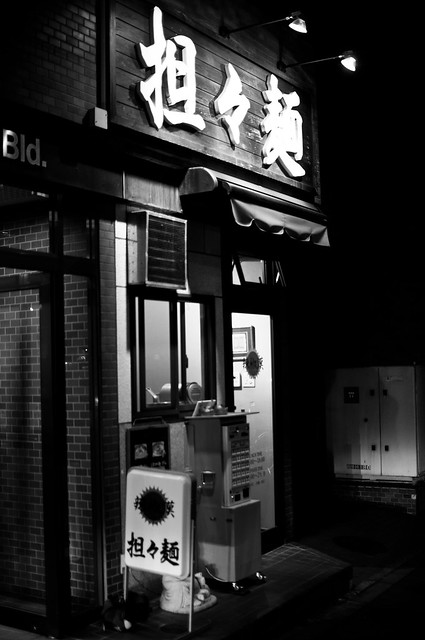 ラァメン家 69’N’ ROLL ONE やった! Few shops in Tokyo elicit that response from me at the mere sight of an…