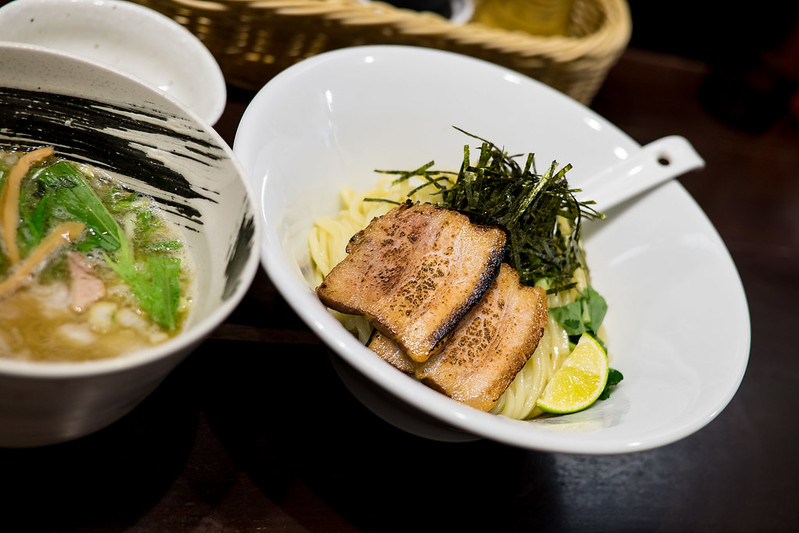 Tonkotsu gyokai tsukemen isn’t as dominating as it was a few years ago in the Tokyo ramen scene, but it is still the easiest thing to find. Any major station will have at least one highly ranked shop. 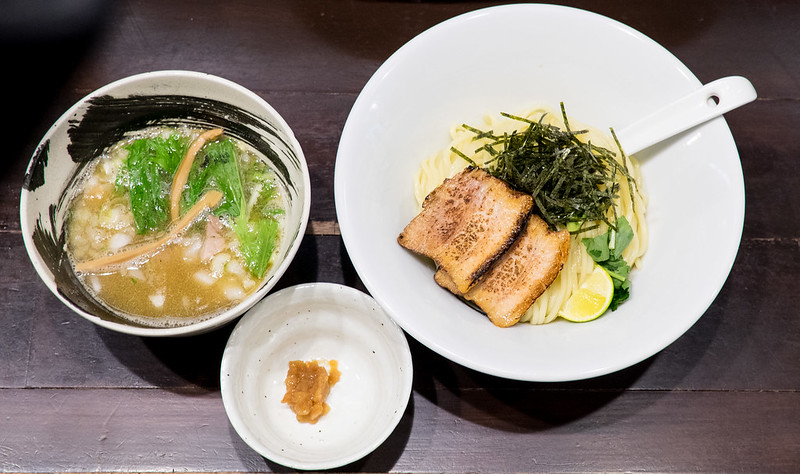 But I wasn’t here for the thick stuff! No, I was on a hunt for good shio tsukemen. The popular Osaka-based ramen blogger at Philoramen turned me on to his favorite Tokyo shio tsukemen. I plan to hit them all, starting with his favorite. 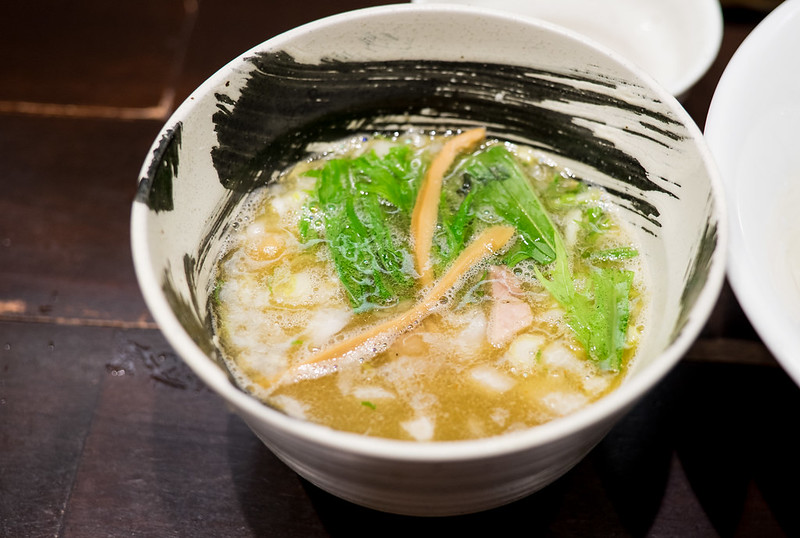 Shio means a light soup. But how can you make a salt soup stronger without making it overly salty? Therein lies the problem I have with shio tsukemen. You can make a porky, fishy soup as thick as you want, and it will usually hit the mark. What can you add to a something non-viscous? 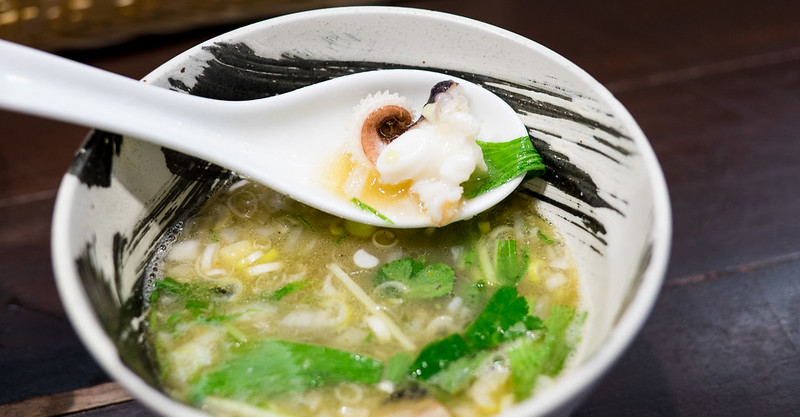 Seafood. This broth is full of octopus, scallops, and mussels. Along with an extra helping of negi onions and other greens, you get an intense seafood flavor without too much saltiness.

It isn’t not salty, though. This soup is almost impossible to drink by itself. Better stick to the slurping.

Add in some pickled umeboshi, and squeeze on some lime. 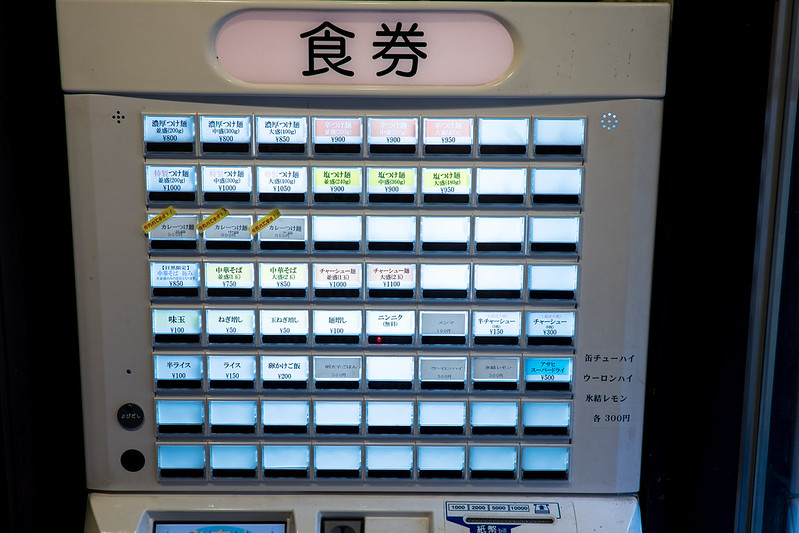 The shio is yellow on the ticket machine. If you want what the shop recommends, their noko tsukemen, thick and normal, go for the tried-and-true upper left button.

チラナイサクラ Finding great ramen on Tokyo's east side is akin to finding a diamond in the rough. This part of…

麺行使 伊駄天 Looking back at my (very) old postings on Ramen Adventures, I am both embarrassed by my writing and…