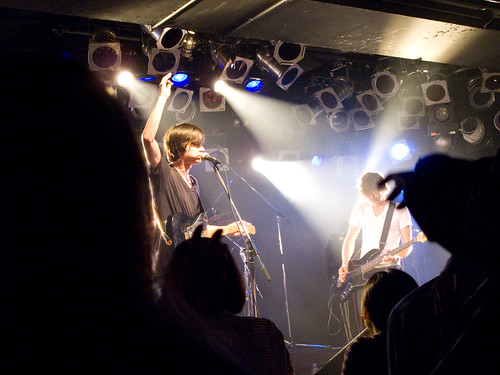 I get a bit of mail from overseas ramen fans on their way to Japan looking for help with their own ramen adventures. Businessmen, writers, general foodies, and now… a rock band. Blackmarket got in touch with Keizo, and immediately the ramen wheels began to turn. 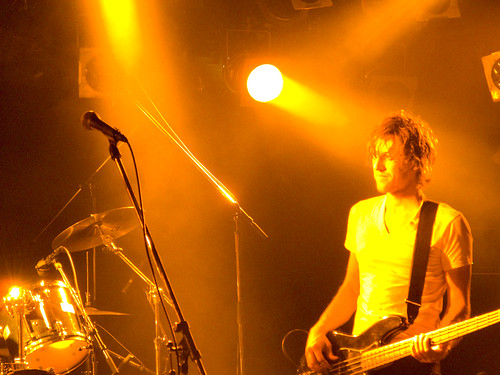 Where could we take these guys? Hailing from Lake Havasu in Arizona, you can bet they only get the good stuff when on the road. Ah, Lake Havasu. In another life, I loaded up the camper van with beer, and hit the road with my fraternity brothers for one of America’s premier spring break destinations. Living on a diet of Coors Light and barbecued chicken, a younger me had no idea what the future me would get up to. 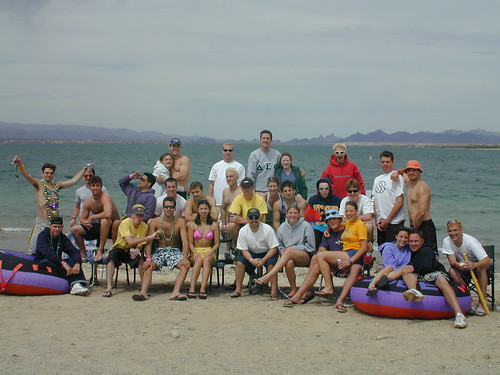 Nostalgia aside, back to the question. Where should we take a rock band? 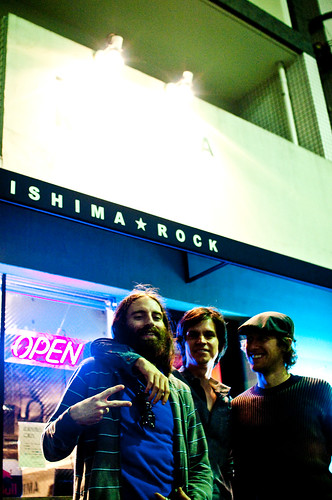 Why, Tsukishima Rock of course! 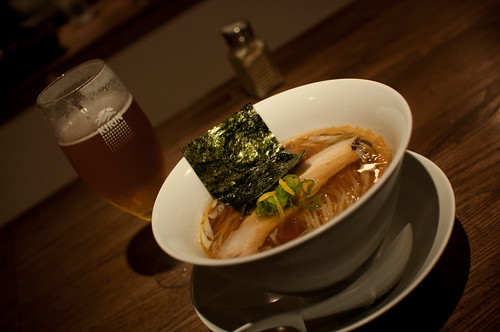 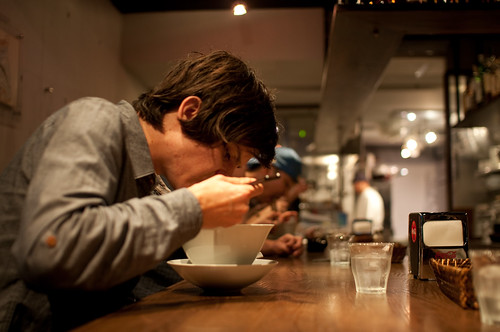 Having played at the mega Fuji Rock festival a few years back, they were no strangers to good Japanese food. 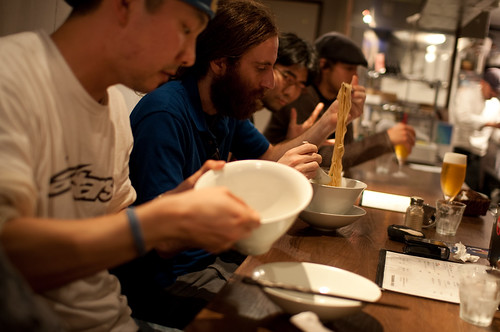 And no strangers to slurping good ramen.

We met later at Bassanova for more. Check out Keizo’s site for a rundown of the night, which ended with an all nighter in Shinjuku and some early morning eats. You guys are nuts!

てんがららーめん Not the first choice for tonight's adventure. I met up with some ramen loving visitors and took them to…

C x N = MIST? A lot of thought went into this, and according to the waiter, the C is…