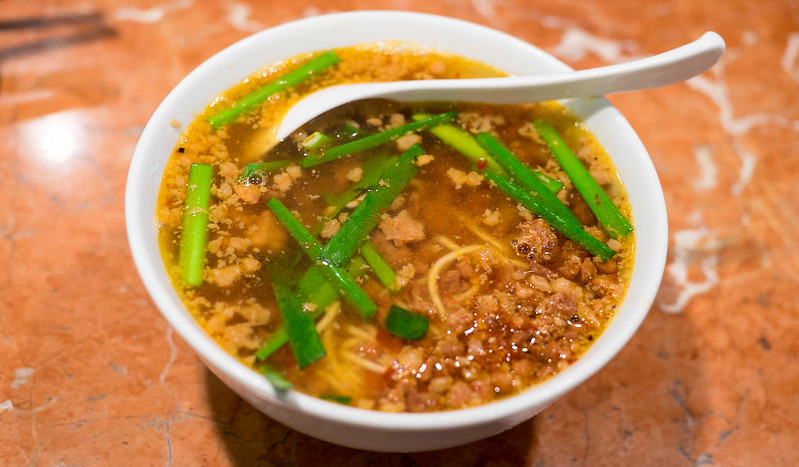 Taiwan ramen is a creation not from the country of Taiwan, but from Japan’s fourth largest city, Nagoya. The history is fairly straightforward; a chef at a Chinese restaurant wanted something to serve his workers. Nagoya natives are known for having a strong palate, so mixing some of the shop’s noodles with an extra spicy soup was an easy choice. Turned out that the dish was quite good, and soon became a regular menu item.

Since then, Taiwan ramen shops have popped up all over Nagoya. It wasn’t until a few years ago, when Hanabi created their soupless Taiwan mazesoba, that the rest of the country took note.

Although Misen, the originator of this ramen style, has a few shops around town, I ventured to the honten, the shop that started it all. Take the subway a few stops, then look for the signs or ask a local. Everyone knows this shop. 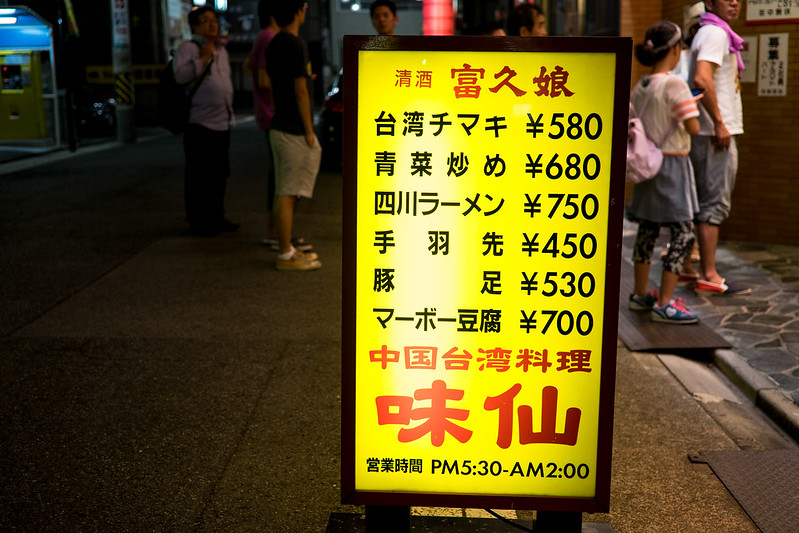 There was a line of about 15 people, but being a single diner meant I was instantly given a no-thrills seat at the counter. One Taiwan ramen. please! 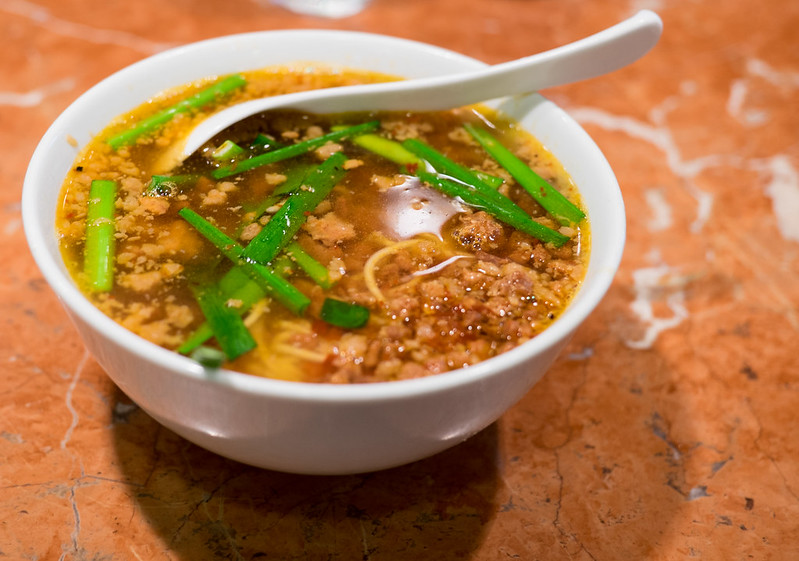 Simple as it gets. Remember, this was a dish meant for the staff. Ground pork, bean sprouts, and nira are the only toppings.

And, yes, it is hot. Very hot. But it’s that hot that lingers until it becomes delicious. Get past the initial wave of pain, and you’ll be slurping every last drop. 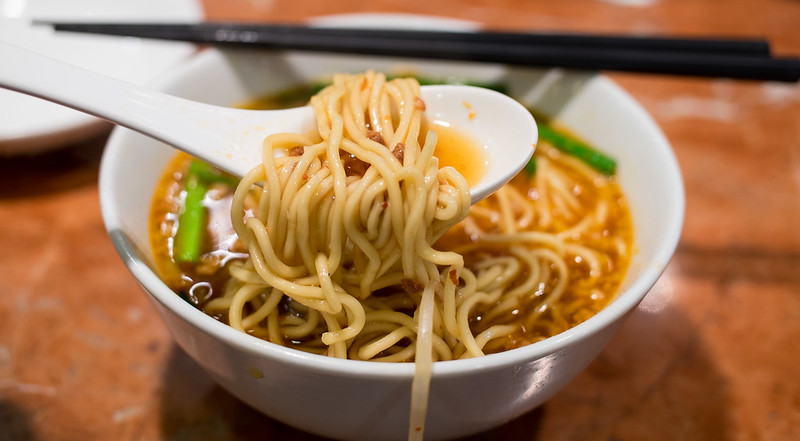 The bowl seems smaller than your average bowl of ramen. Not an issue, as it’s only 630 yen. That’s about five bucks.

Misen is, at heart, a Chinese restaurant. They menu is deep, with 40 or 50 dishes to try. 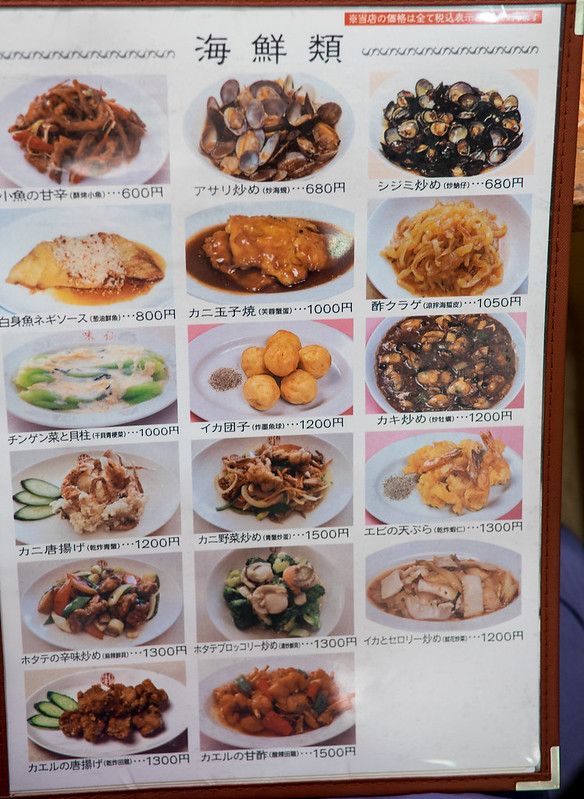 Groups of diners tend to order a bowl of ramen each, and an extra dish per person as well, for a veritable feast. 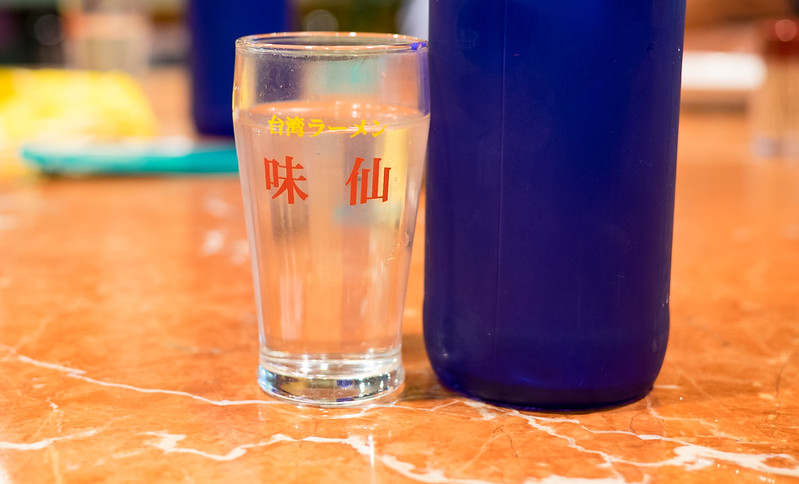 But, as I was alone, the only other thing I had was some water.

I asked about the California license plates, and they told me that there was a branch in Chinatown, which I don’t think is true.

Check another one off the long list of ganso (original) ramen shops.

らーめん 鉢ノ葦葉 本店 My work brought me to Tsu this time, in Mie Prefecture. Tsu is a rather small town…