It’s Sunday night. My friend M was in town on his own ramen adventure. Eating nothing but ramen for a week in Tokyo. More on that at a later date. Anyways, he had emailed me an article about the newest top shops, 2 of which are very close to my place. Let’s go! 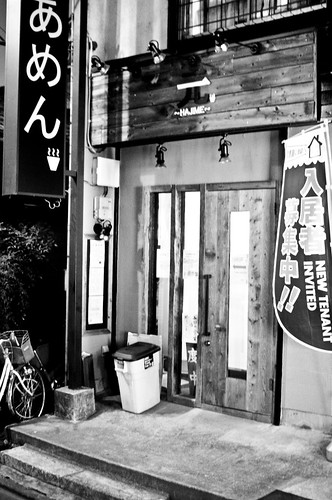 Hajime boasts a broth made from Mongolian salt. We took the metro 15 minutes out of town, almost into the neighboring prefecture of Saitama. A quick walk around the block… 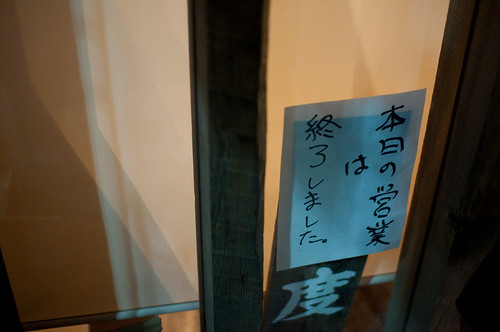 Closed for the day. On the weekend, the opening hours are simply 11:30 am until the soup runs out. The soup had run out. 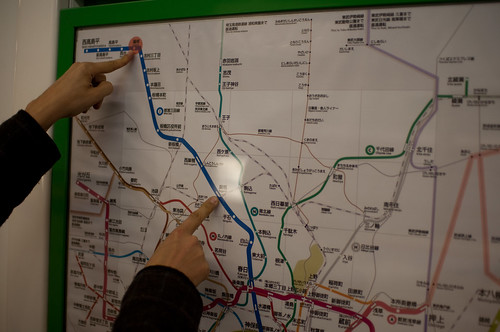 We went from here to here. 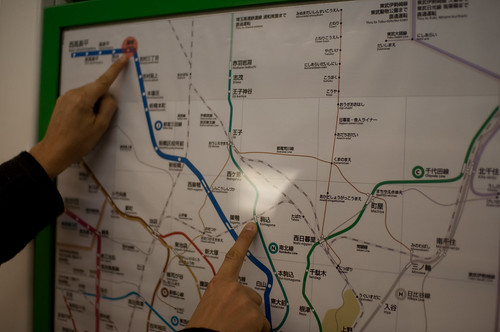 Then from here to here. An hour had passed and we were hungry. We essentially have gone less than 2km from the starting point. 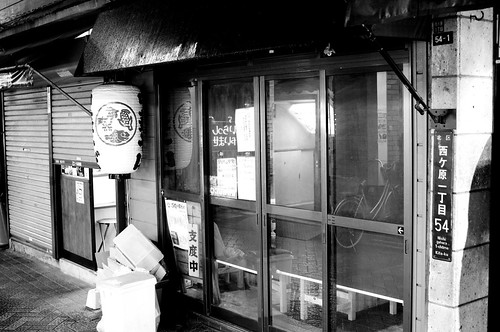 To here. Nishio is another new shop. The owner is a friend of nearby Resshi. Both of these shops make a blended shoyu soup. Nishio, though, is closed as well. 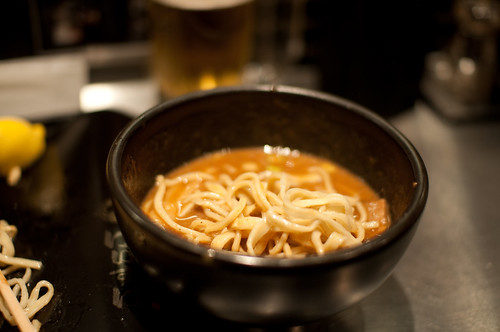 Some quick thinking, and we found ourselves walking 10 minutes to Keisuke Yondaime. No line this time, as, you guessed it, the soup had run out. Just their awesome spiny lobster soup, though. They still had a standard, porky soup left to dip some noodles into.

Lesson learned! On Sunday the soup runs out early!

らあめん元Bring on the champ! Hajime was awarded the #1 new ramen shop title by infamous Walker magazine. This publication is…

ふぁーめんRiding Japan's amazing bullet train out of Tokyo is always a fun (and expensive) adventure. This time the destination was…