三つ矢堂 製麺
To get there, go to Nakameguro station, exit and go down the alley on the left, along the tracks. It’s about 30 seconds walk. 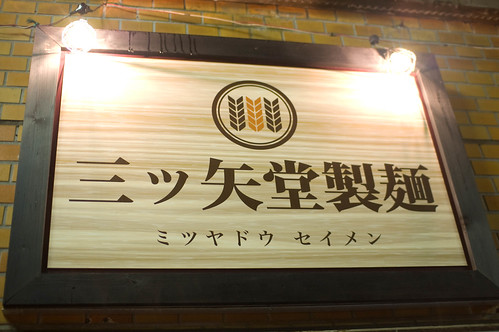 That’s double cheese tsukemen. (Often, in Japan, you will see a W instead of double or 2X because the way of pronouncing W is da-ba-ru, which sounds the same as double) 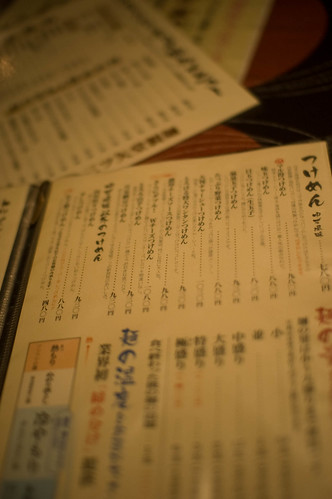 Anyways, on to the cheese ramen. 1st question of course would be… it it delicious? I have good news and bad news for you there. Good or bad first? You want the good? Ah, an optimist I see. Well then, yes, it was delicious. 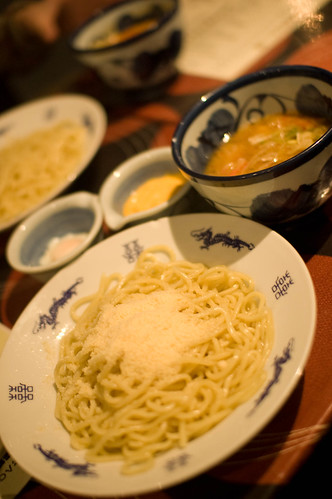 The つけめん noodles are served with a healthy pile of Parmesan cheese on top. That would just be a single, so on the side you get a bowl of what appeared to be Kraft cheddar cheese sauce. Now it’s the W. Pour the cheese onto the noodles, and actually this would be suitable for a meal any day. You’ve pretty much created a ramen noodle version of Mac and Cheese (or Kraft Dinner for my Canadian friends). 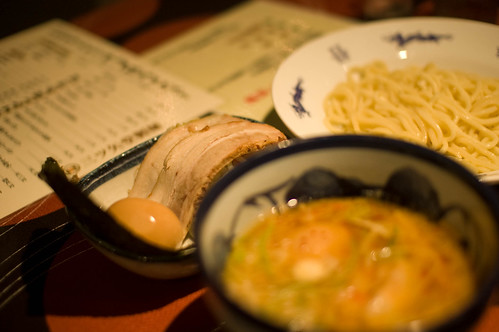 Being つけめん though, you are given a bowl of strong soup. Much too strong to drink straight, but perfect for dipping the noodles into. This shop specializes in a miso taste, with lots of vegetables and fish used to make the broth. Plenty of bits and pieces of pork, carrots, fishcakes, and menma complete the dish. 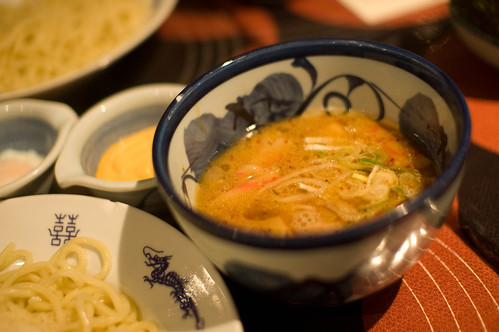 Yes, it was as delicious as it sounds.

Now the bad news. I was a little drunk when I ate here. Not the worst news, but ramen, covered in 2 kinds of cheese is definitely drunk people food. So my view may be different if I eat there sober. Which I probably will never do. You see, the Baird Nakameguro Taproom is right next to the station. If you like micro brew beer (地ビール, jibiru) then Baird is the best in Japan. Hands down.

Oh, and on the topic of W, is it ironic that I got drunk off a micro brew called オバマIPA? That’s Obama IPA.

ラーメンヤ I'm back! Went to California for 3 weeks, but unfortunately I only had a couple bowls of ramen. The…