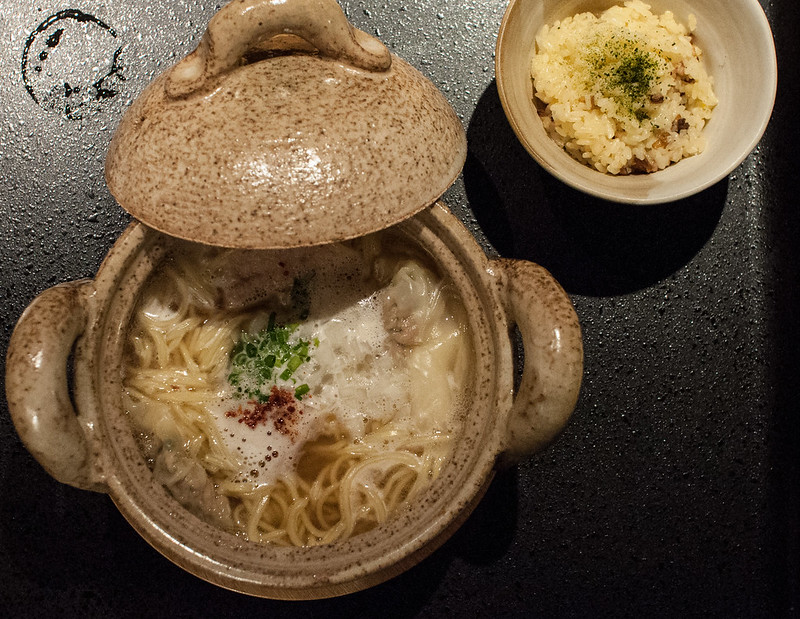 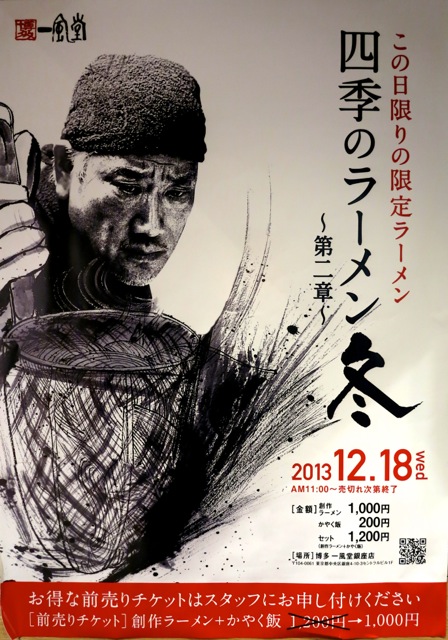 This bowl is the second in an ongoing seasonal gentei series. Winter is a wonderful time for seafood in Japan, with fish taking on extra fat for the colder months. Subtle fish flavors can often be used in ramen, but I suppose Kawahara-san, the infamous guy behind the Ippudo empire, was looking for something with a bit more of a punch; octopus. 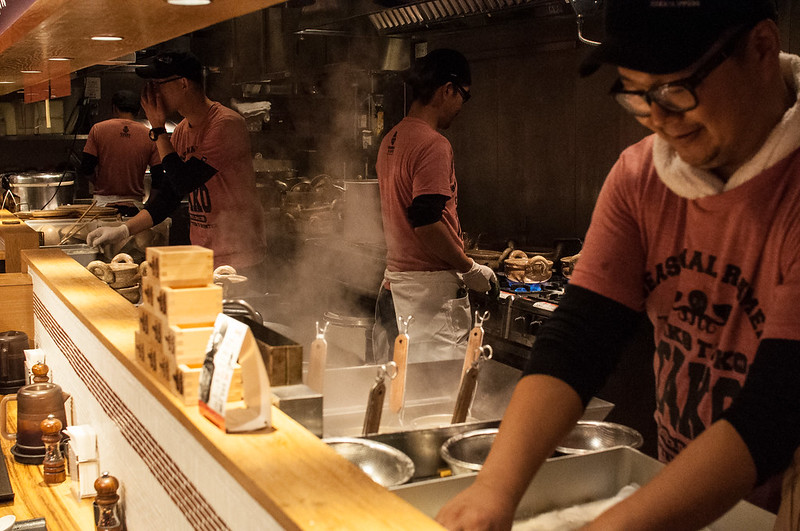 The soup; a light dashi made with copious amounts of dried octopus.
The toppings; octopus wontons and an octopus meatball.
The staff t-shirts; octopus themed. 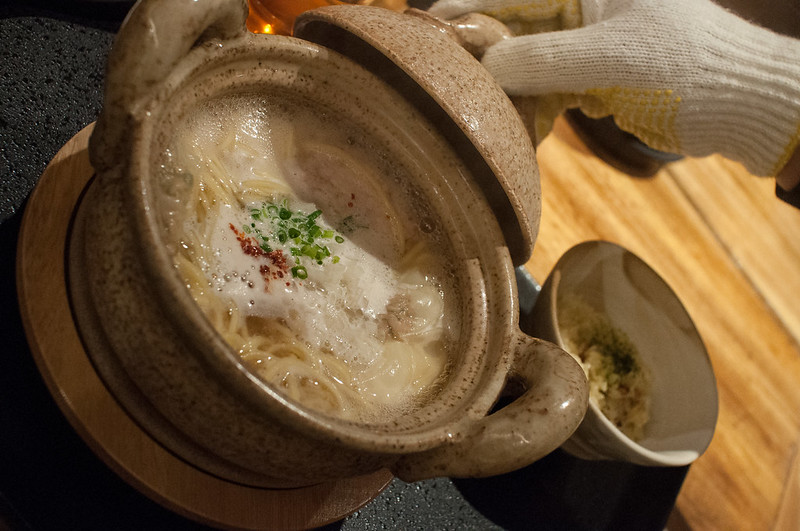 Served in a hotpot, everything about this this bowl was simple and fragrant. Definitely falls in the gentei category, not something I would want to eat on a regular basis, but pretty much the perfect bowl on the coldest day of the year so far (chance of snow in Tokyo).

Dump in the side of octopus rice for more octopus goodness. 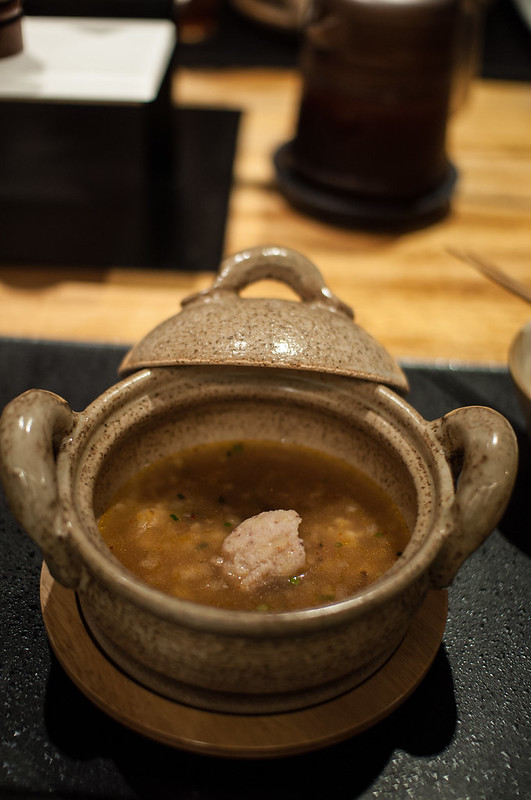 This event was packed! Perhaps it was due in part to Kawahara-san himself being there (check my facebook page for a photo). A smattering of B-list celebs were on hand, as well as ramen fans from all over the Kanto area. 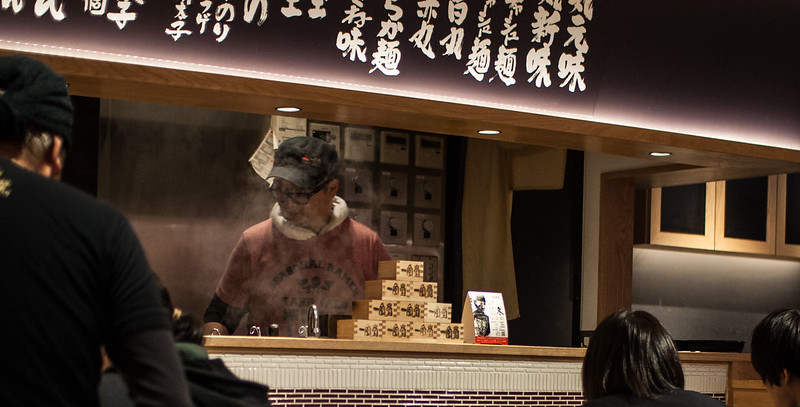 Ippudo has quite a few branches in Tokyo, around Japan, and all over the world. Though they aren’t the best in their field, they are consistently good, and you can pretty much be sure of a good bowl anytime you want. 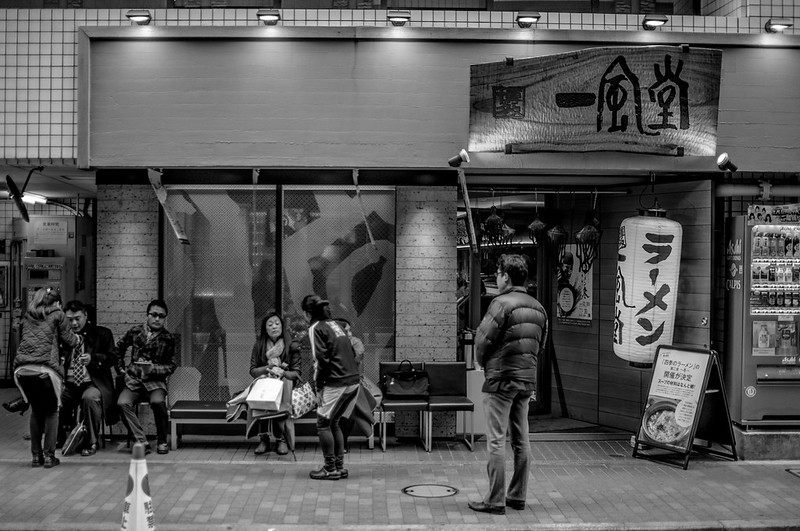 あら焚き豚骨 あらとん 新宿御苑店 I don't make it up to Hokkaido very often, so when a popular shop Sapporo shop opens…

支那そば やぐら亭 I went to Yaguratei, which happens to be only a few minutes from my front door, a while…