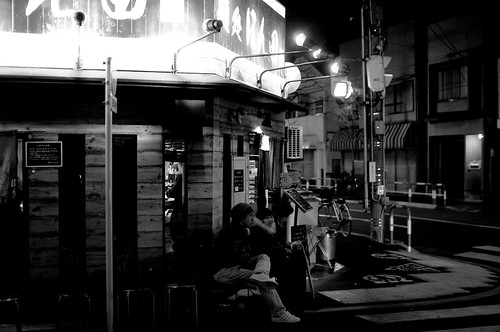 Honda is highly ranked, with a score over 90 on the Supleks ramen database. That’s not a sure-fire indication of success, as just about any tonkotsu gyokai seems to get a bump in their reviews. But surely Mendokoro Honda, which is sitting at the coveted #1 position for 2011 should be excellent.

Quick note from over 10 years since this post. Honda has moved to a new shop near Akihabara Station. BEtter location! 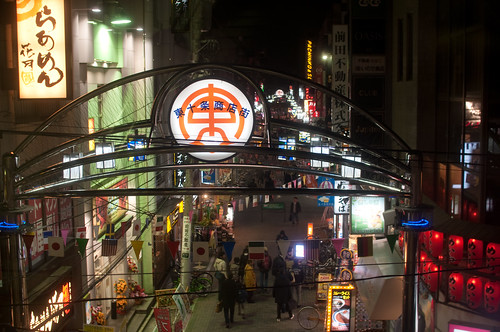 It seems that every station along the Kehin-Tohoku line, from Ueno to Omiya, is a bustling night spot. It makes sense, as many (around a million according to government data) hard working salarymen in Tokyo leave the city for cheaper residence up towards Saitama. 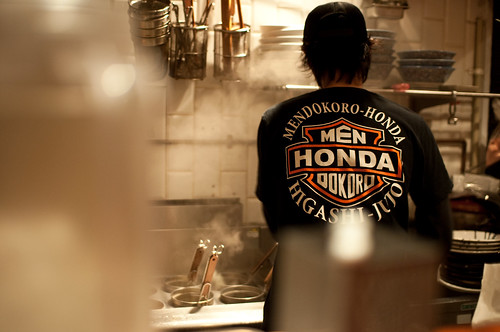 I like the logo, though I’d take a Honda over a Harley any day. 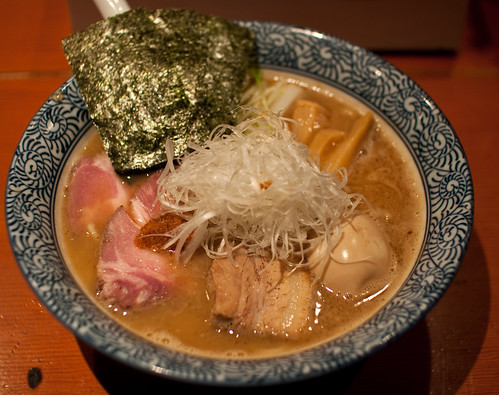 Worthy of high regards. The meat on the left is more of a peppered pastrami style. The rest of it great, though I’m curious why they are ranked higher than other equally delicious shops. Maybe it’s because the trek out to Higashi Jujo station builds anticipation as well as hunger. Or maybe it’s that the shop offers other things, like a trendy shio. 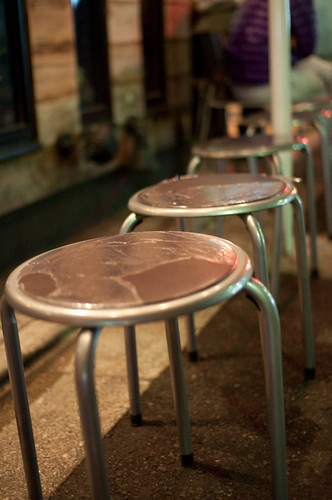 Mendokoro Honda will be at the Tokyo Ramen Street from April, I’m very curious to see them go head to head with Rokurinsha.

ボニート ボニート Vegetarian ramen does exist, but the one or two times I've come across it has been a complete…

School Food The Tokyo Ramen Guide is a book I wrote recently. Don't get your hopes up, it's just a…