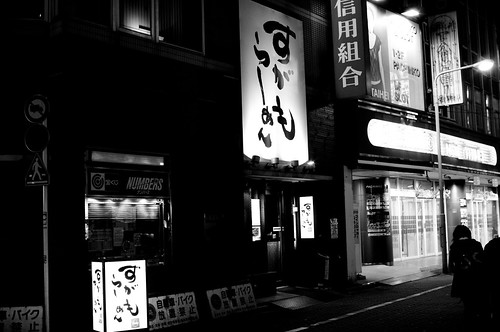 An adventurous day after school with the staff led to the inevitable. There’s something about drinking culture in Japan that is almost a given. 2 or 3 or 10 drinks later, and someone, without fail, will make the suggestion… ramen. 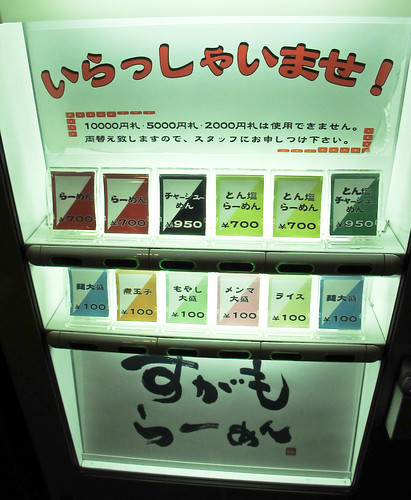 We could have walked for 5 minutes to the consistently good Sengoku Jiman. But why walk 5 when you can walk 1? Enter Sugamo Ramen. In Sugamo. Never mind the creative naming. It’s next to the station. 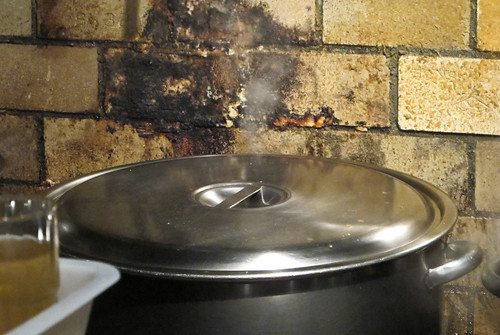 The pot hides a creamy tonkotsu soup. You can choose from a shoyu or shio flavor. The shio was recommended. 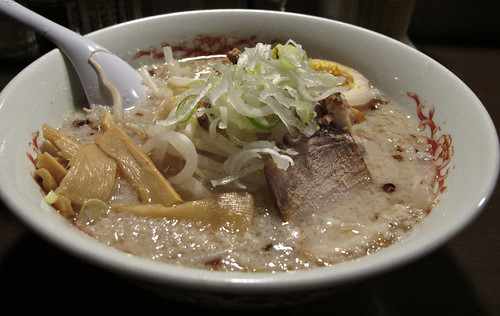 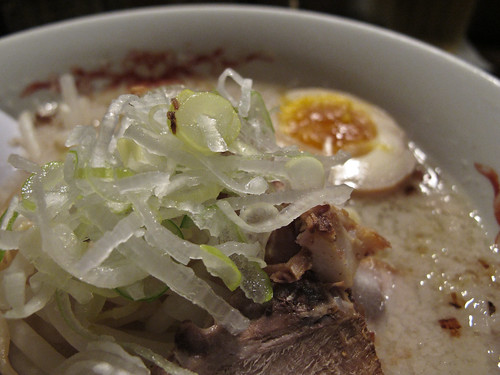 The soup was rather weak, though if you want you can order it stronger. The soy saturated pork on the other hand is quite salty. 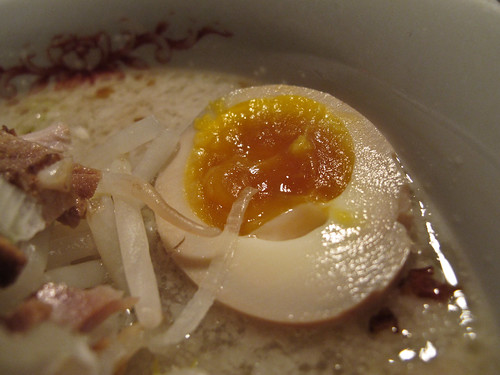 A fairly standard egg comes with every bowl. 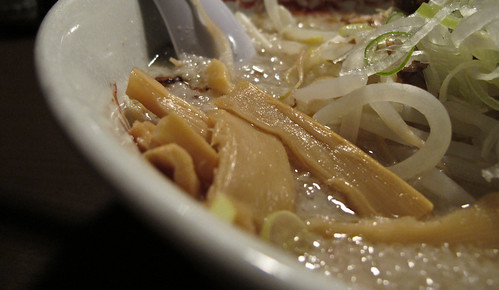 Not a bad bowl, but no where near as rad as Sengoku Jiman. Location may be key, though, since Sugamo Ramen is next to the station as well as next to a nice seedy alley where *ahem* anything goes. 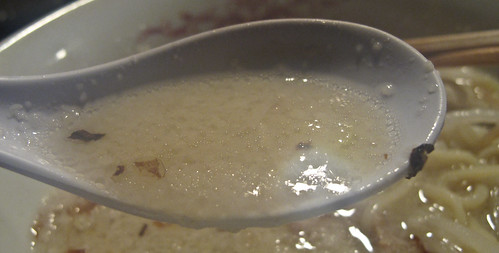 Maybe you get a text message.

“Honey, where are you? I’ll be in Sugamo soon.”

By the time you type your reply, you’re alibi can be made.

“Just eating ramen, what did you expect?”

らあめん花月嵐 Kagetsu Arashi is literally EVERYWHERE in Tokyo. I'm not sure, but it might be the most extensive ramen chain…