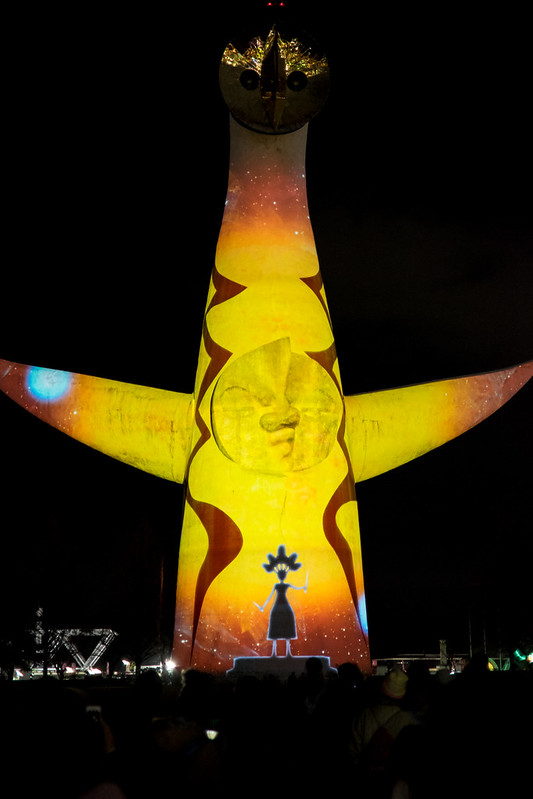 I seem to be visiting a lot of these expos lately, despite my general ambiguity to ramen events. It’s cold out, this place is a 40 minute drive from central Osaka, and ramen served in a plastic bowl tends to add a lot of meh to an otherwise good bowl. 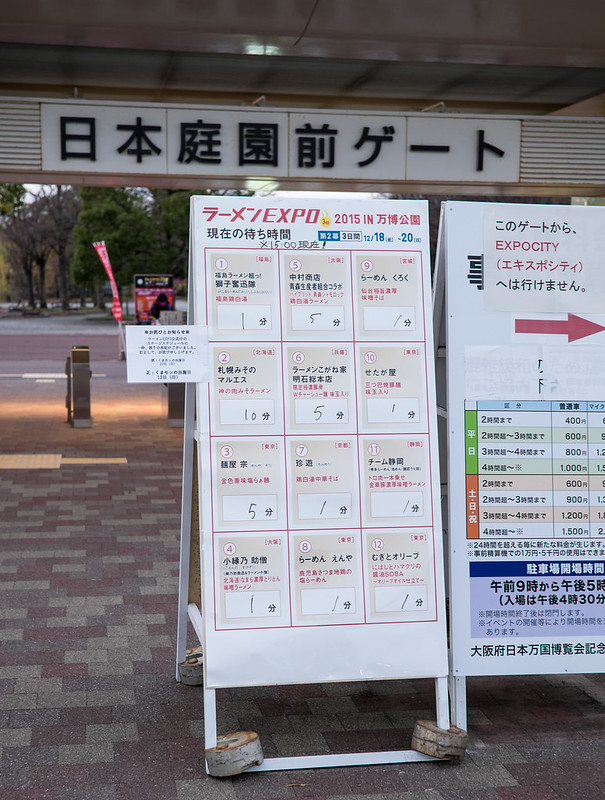 But here I was. Actually, the organizers personally invited me when we met by chance at another ramen event, so I felt obliged.

As usual, about 2/3 of the shops were from outside of Osaka; a chance to locals to try something from exotic Tokyo and beyond. The other shops were collaborations. Sign me up with the latter.

The first collab I was into was betweem 縁乃助商店 and ラーメン小僧. Kozu, is an excellent shop serving mega-thick soup in Osaka. They share this love of noko soup with Ennosukeshoten. Both are run by young ramen masters. Blended with miso from Hokkaido, this one cut through the cold. A nice start. 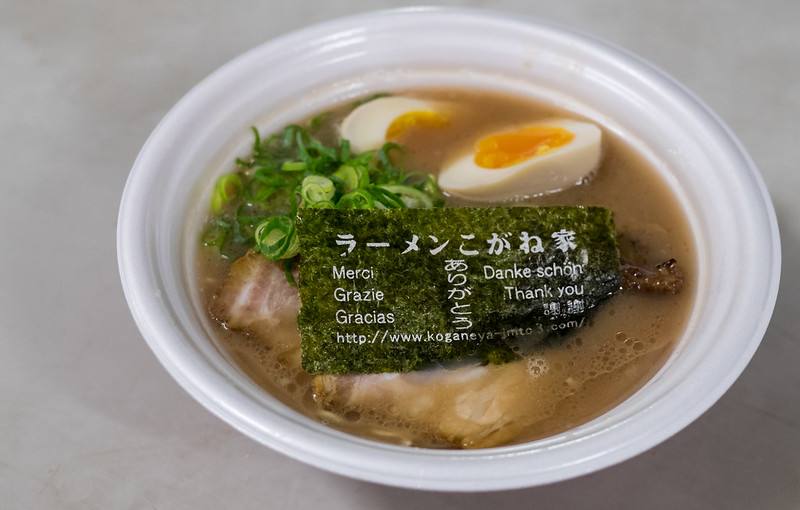 I was intrigued by the bowl at ラーメンこがね家, Koganeya, simply because they had won some TV competitions. I know, I know, this is a horrible way to judge a bowl. I feel like the only TV shows that aren’t rigged are the ones that I personally appear on, and even those tend to make creative edits to achieve whatever the director thinks will make for good television.

Anyways, this one was lackluster. 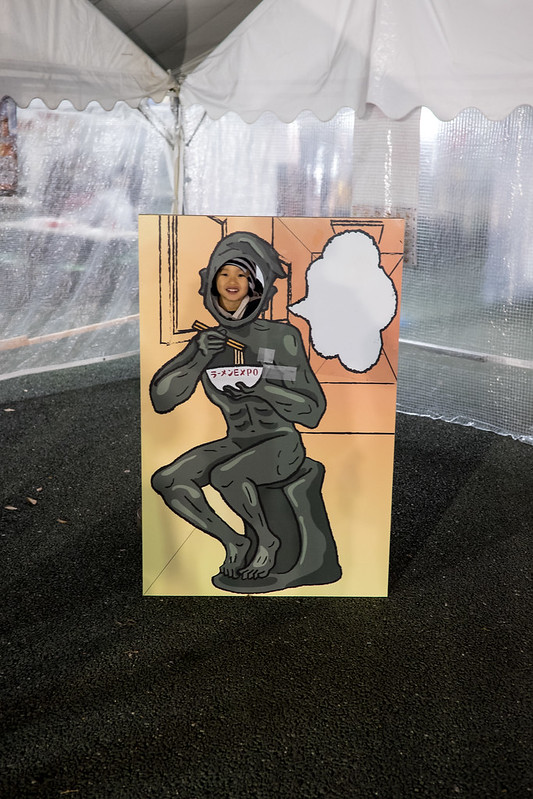 Insert your own caption. 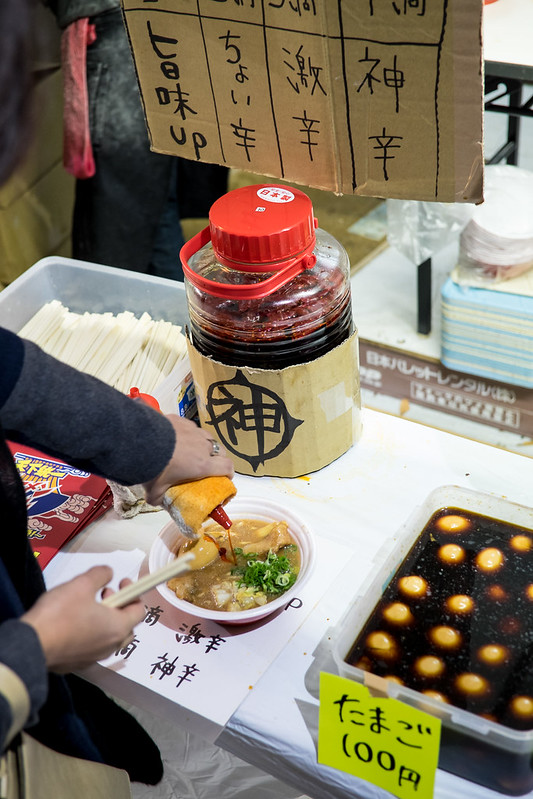 I inadvertently poured in a 神辛, god-level-spice amount of homemade chili oil in the collaboration bowl from Sapporo shop マルエス and local Strike-ken. 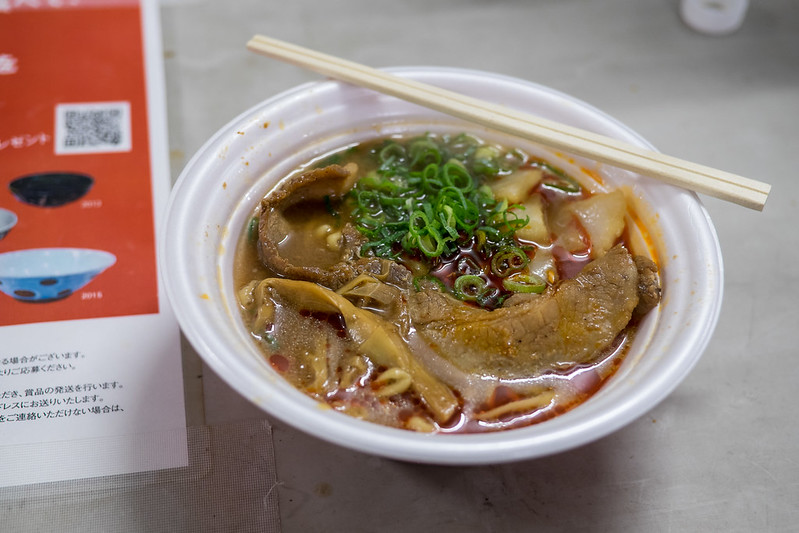 But it wasn’t as hot as I’d thought. Another decent miso bowl that was great on one of the first cold nights of the season. 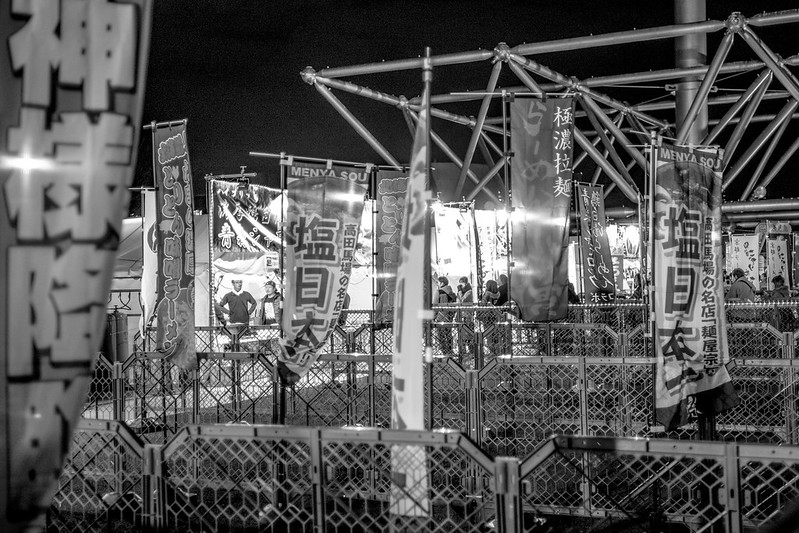 The event is long over, but keep an eye for some 2016 events in Osaka, there are many like this planned.

蓮華チャンス 蓮華チャンス What do you get when you cross an Australian professional wrestler with Japanese schoolgirl cosplay? Photo used with…

Praise for Simply Ramen, a Ramen Cookbook from Amy Kimoto-Kahn