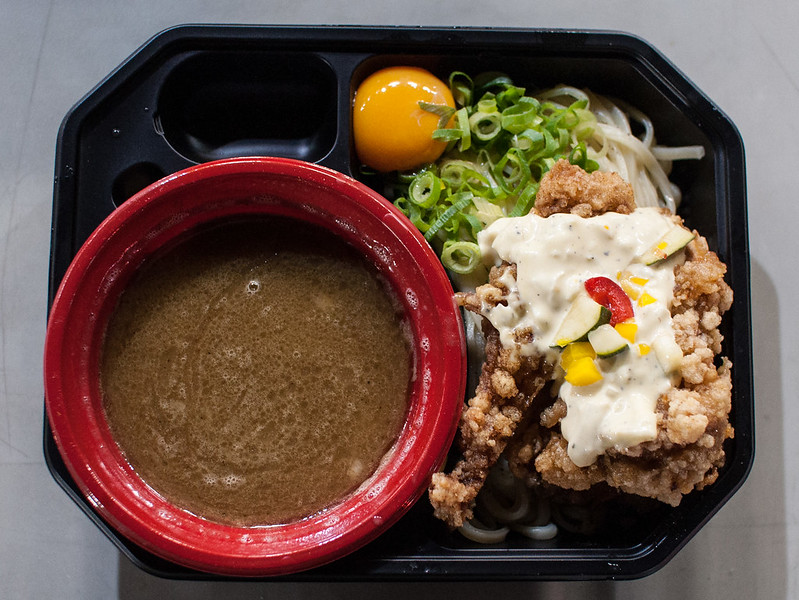 気むずかし家 – Kimuzukashiya really brought it with this surprise winner. Beautiful fried chicken, made from local birds from the Shinshu region of Japan, were standard. They could easily have charged 300 yen for this exquisite topping. The soup was just light enough to balance with the tartar sauce and homemade pickles. And the noodles? Premium. 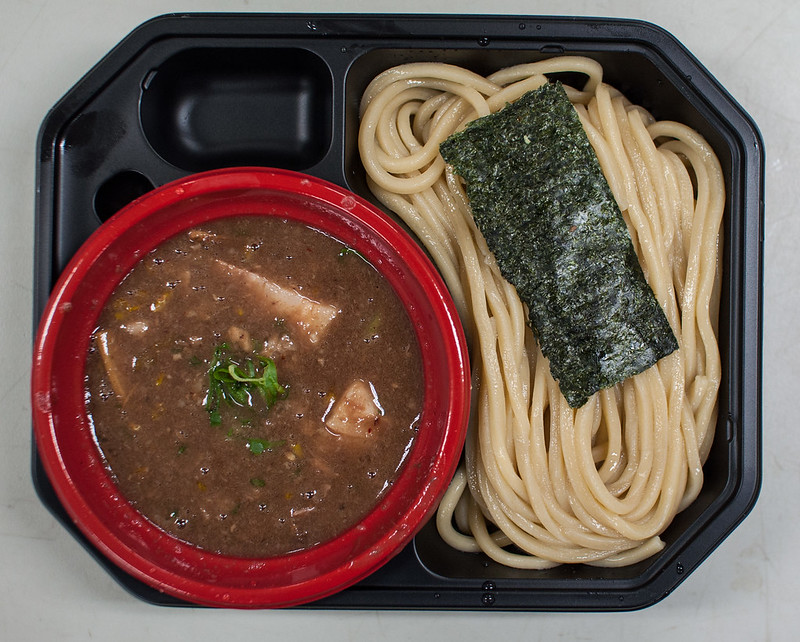 無心 – Muttepo was great as expected. The head shop is famous for the lack of smell, a common problem with straight tonkotsu soups. At the show, though, this bowl was stinky! Given the outdoor nature of the event, we can let this one slide. Hints of yuzu citrus were a bonus. 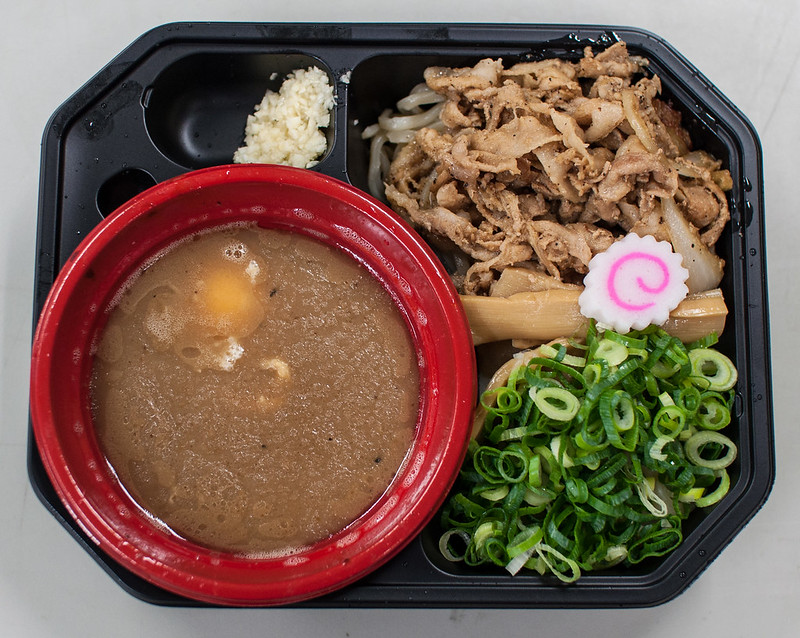 肉玉そばおとど – Otodo was the most normal of the bunch. A bit garlicky, this one left me smelling of the stinking rose for the next few hours. 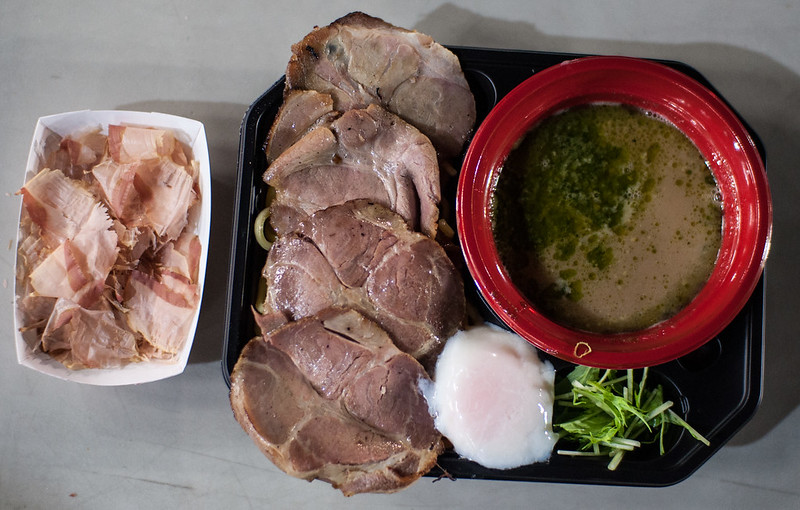 IKEMEN HOLLYWOOD was actually kind of tasty. I would recommend it as a good option for a 2nd bowl. The deluxe topping set came with an onsen egg, extra pork, and a massive pile of freshly shaved bonito flakes. Not a bowl I’d eat often, but a perfect palate cleanser for a multi-bowl day. 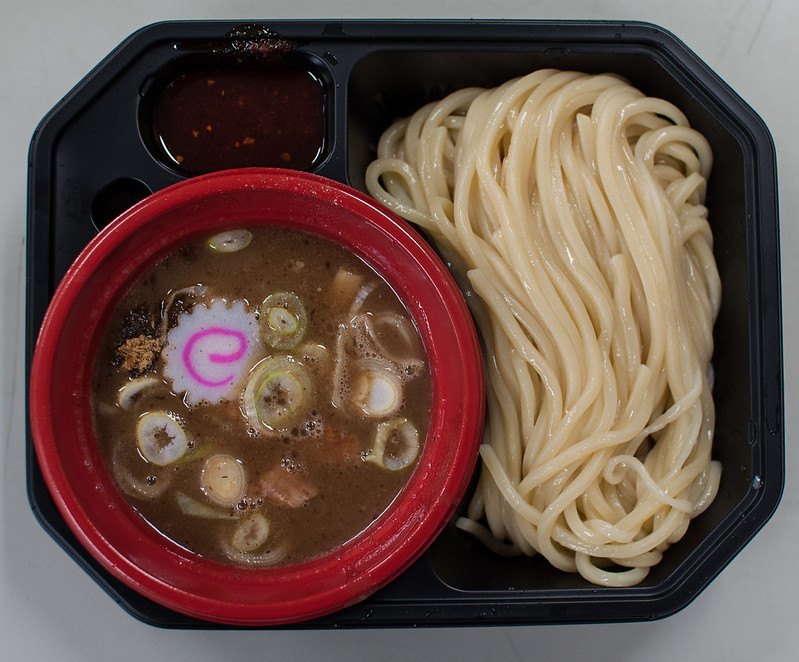 頑者 – The biggest disappointment of the show so far was Ganja. They are known for really bringing it at these tsukemen events. Every year their bowl seemed to have a bigger impact, a bigger hit of gyokai flavors. This year, though, it was bland and boring. The spicy sauce was their draw, but it wasn’t enough to bring this one up from the forgettable shops of the year. 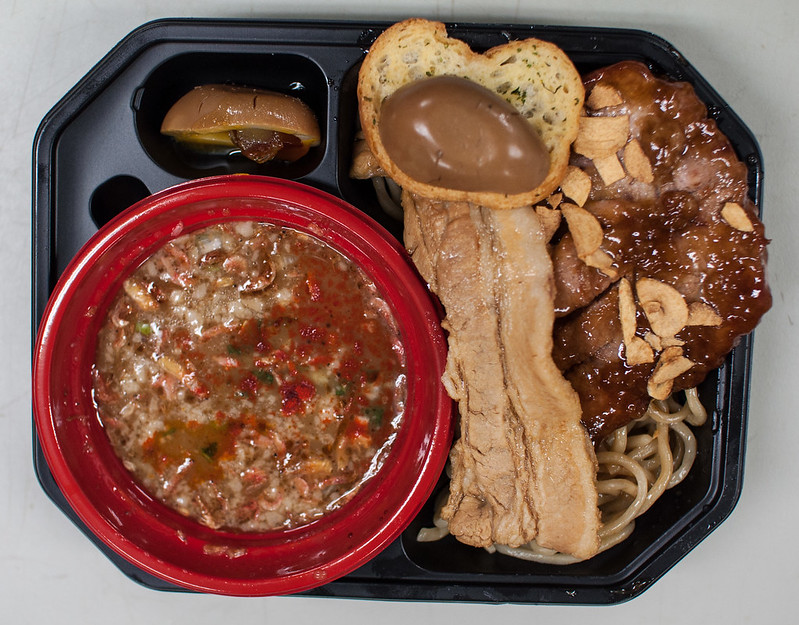 五福星. And the worst was by far Ufushin. What the hell is going on here? The above is the regular tsukemen, a sakura shrimp infused, slightly spicy, utterly forgettable mess. The mega-topping set, for an extra 1000 yen included:

This was simply grotesque. I felt sick after. And I only ate about a third of it. What were they thinking!

Well, the 2013 Grand Tsukemen Fest is finally over this week (November 6th, 2013). Twenty-four shops made the trek out…

大つけ麺博 Here is the order I would rank the 2nd week's entries. I have to preface it, though, with the…